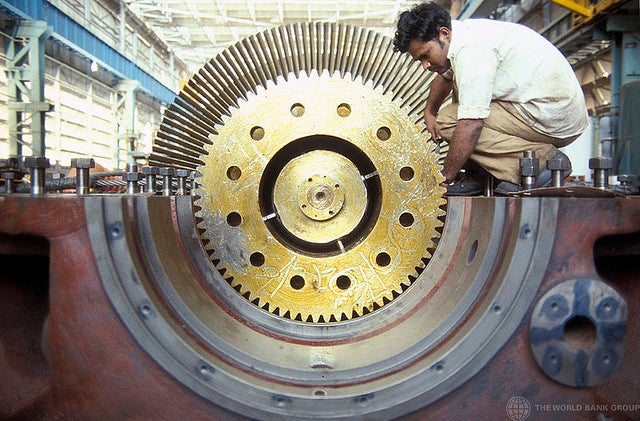 From a microeconomic perspective, however, the domestic private sector flourishes when firms engage with international markets. When developing country firms invest in other developing countries, they tap larger markets, allocate their resources more efficiently, gain access to new resources and skills, and mitigate risk through diversification. They may also access strategic assets such as intellectual property, business models, and distribution networks.

MNEs from the South use distinct strategies to catch up with established players. Some evidence suggests that Southern MNEs understand local contexts more readily than their Northern peers and are better able to build South-South value chains. They may be more familiar with difficult business environments and institutions; they may have developed mechanisms allowing them to better navigate informality and red tape; and they may be better equipped to mitigate economic and political risks.

Policymakers should not underestimate the potential contributions of firm internationalization to development. Attracting FDI and connecting it to local businesses is just one way for developing countries to access the benefits of regional and global value chains. Promoting outward investment can be another way to integrate into the international economy.

Global policy implications of these dynamics
As outward FDI increases, some interesting matters of international regulation are bound to come up. For example, which policy instruments should countries be allowed to use to promote outward investment? How can the international community ensure that this promotion does not distort competition in national and regional markets? And how can countries ensure that outward investors channel back home some of the benefits of their growing businesses?

Trade and investment agreements can also impact the dynamics of South-South economic exchange. Some developing and emerging economies specifically use bilateral investment treaties (BITs) as instruments to promote outward investment, particularly investment in countries that suffer from fragility, governance challenges, and ineffective domestic court systems. For example, China has over the last years put in place around 130 BITs.
Increasing South-South investment relationships could also accelerate the formation of a rule-based system around investment issues that have historically been difficult to capture in a multilateral framework. The erosion of the North-South divide in investment matters is leveling the playing field and could mean that more countries may be interested in exploring such a multilateral regime.

Some Southern countries rely heavily on state-owned enterprises (SOEs) and state-affiliated investors to engage in strategic economic activities in partner countries. This use of sovereign investment offers chances to promote economic upgrading and competitiveness. At the same time, transparency in investment undertakings is particularly needed when investors have a sovereign background. Also, competition rules may need to be revisited in light of investments of SOEs to avoid a crowding out of private sector investors and to prevent market distortions.

Given the issues at stake, the development community needs to take a more detailed and comprehensive look at South-South FDI to understand drivers, economic conditions, and policy options for developing countries to foster investment exchange between them and leverage the potential of this phenomenon in a sustainable way.
Topics
Financial Inclusion
Financial Sector
Macroeconomics and Fiscal Management
Competitiveness
Trade
Regions
The World Region