A Step Toward Formalization: The Charter for Cross-Border Traders 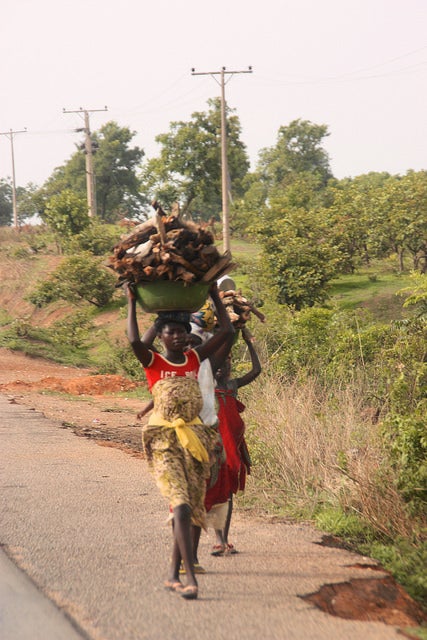 If you are woman in Sub-Saharan Africa and you live and work in a rural area, you are probably a trader. You are likely to be carrying a variety of goods across the border several times per day or week, and to rely on that as a major source of income to your household. You’re probably facing high duties, complex procedures, and corrupted officials at the border – the latter, in some cases, might want to harass you before they let you go through.  You may not be able to read or understand what duties apply to the goods you are trading. In this scenario, what is your incentive to go through the formal border post?

Informal trade is a common feature of African landscapes. Estimates indicate that some 3 million metric tons of staple food commodities were traded informally in East Africa in 2013, and that several hundred thousand cross Southern Africa’s borders via informal routes every year. In most cases (some say up to 70%) it’s women trading. And it’s not only agricultural commodities but also includes small electronics, household appliances, clothes, shoes and cosmetics, among others. Such trade is essential for welfare and poverty reduction: it creates jobs (particularly for vulnerable groups – not only women but also youth), supports livelihoods, and contributes to food security.

Yet, the challenges faced by small traders are huge. At the Mwami/Mchinji border post dividing Zambia and Malawi, for instance, small traders pay on average 62 percent more than large traders to informally move one ton of a commodity across the border, according to a forthcoming Diagnostic Trade Integration Study (DTIS) for Zambia. It would be three times that amount if they were to go through the formal border post. Then there is the centralization of procedures (e.g. permits and phytosanitary certifications only issued in capital cities), the unclear duty structure and documentary requirements, and the hostility of officials.

Existing measures to help small traders at the border

COMESA (Common Market for Eastern and Southern Africa) has tried to address some of those challenges with the Simplified Trade Regime (STR). Under this , traders carrying goods included in a pre-negotiated list and worth up to $1,000 can clear them with little paperwork (using a simplified certificate of origin) and without inspection by clearing agents. The processing fee also has been lowered in a number of COMESA countries. And yet, if you go to the Mwami/Mchinji border and ask the revenue authorities for statistics on STR users/month, you will get a very disappointing figure: between 5 and 10. Then, if you look out across the landscape, you can see hundreds of small traders walking or cycling through the bush. Some others do use the formal border but do not know about the STR and end up paying more than they should.

Filling the gap that remains

A gap still divides the traders from the officials: it’s the lack of awareness, the mutual distrust and the inaccurate information that induce the former to avoid the latter and choose informality.

The “Charter for Cross-Border Traders,” described in this World Bank Group policy note, tries to fill that gap. Similar to the idea of the lists of passengers’ rights and responsibilities displayed at many airports worldwide, the document enshrines a basic set of rights and obligations for traders and officials, and it does so using a mirror approach: each right of the former corresponds to an obligation for the latter, and vice versa.

Obligations are spelled out very clearly for both categories. For instance, the charter requires that whenever a physical check is requested, female traders have the right to be inspected by female officials in a private but regulated and accountable environment. Similarly, it states that traders are required to treat the officials with respect, and to avoid offering bribes or other favors in exchange for preferential treatment.

The purpose is to promote transparency of rules and increase awareness of all actors at the border, so to reduce misunderstandings and complaints. This should in turn encourage behavioral change, enhance processing times, facilitate trade and ultimately make the border a friendly environment – a place where traders can cross safely, and officials can work efficiently.

How is this different?

So far, so good. But aren’t there already Service Charters/Codes of Conduct within each border agency? Yes there are, and the Charter for Cross-Border Traders builds on them.  Yet it applies to all agencies, and in this sense it operates at a horizontal level. Also, it has a clear focus on gender-related issues: a number of provisions are specifically intended to tackle challenges faced by women traders at the border. It also comes with a credible complaint mechanism. The charter is linked to toll-free numbers (including one specific for gender cases), that traders can call or text to report abuses and access information on duty levels, documentary requirements. etc. Those are in turn linked to an ICT platform that traders’ associations and CSOs can use to check the status of reported cases and follow up with relevant authorities. Last, implementation is complemented by training for traders and border officials and large-scale dissemination.

Why should all stakeholders cooperate? Because an effective charter implementation can lead to a scenario where traders can safely use the formal border post and avoid prosecution, goods confiscation. Their associations can provide members with better services, using state-of-the-art technology to promote social accountability. Border officials can perform their duties effectively and expect a boost in revenue collection. In such a scenario, a gradual formalization of informal cross-border trade can be possible.

The Charter for Cross-Border Traders is currently being piloted at the Mwami/Mchinji border post. Plans are to extend it other border posts in Southern and East Africa, and to tailor its contents to the specificity of each local context.  As a senior official at the Mchinji border post once said: “Small traders pay our [i.e. civil servants’] salaries through taxes. The more they are, the more revenue [is] collected. We must help them.” The charter tries to do so using an innovative, holistic approach. A very nice bit of programming

I have just returned from an assignment in Botswana where I assisted in the drafting of a comprehensive trade facilitation programme for Southern Africa. One of the cornerstones of that programme design is proposed to be mitigating the negative effects of formal trade facilitation initiatives on the Informal Cross border traders, the majority of whom are women and youth (ICBTs). Leveraging off the COMESA simplified trade regime for ICBT's and the recent 2013 MAPUTO ICBT Dialogue, I am proposing a multi-faceted approach to assist ICBTs. Suggested package would see a 1st tier being for ICBT consignments under a minimum value of $xx below which no formal documentation is required. No customs declaration, no Certificate of Origin, no SPS permits, and either No Fees & Charges or a single small cross-border processing fee covering ALL agencies (duly receipted). 2nd Tier would cover consignment values between $xx and USD$1,000 and would use a modified version of the COMESA Simplified Clearance Document with origin requirements being accommodated on that document rather than a separate albeit a simplified Certificate of Origin. (i.e. use the same origin data that is on the customs declaration instead. Also replace all Fees & Charges with a single integrated cross-border processing fee per consignment. The splitting of consignments to fall with these low value limits, to be considered as technical smuggling and dealt with accordingly including consolidation of such affected consignments and enforcement action initiated accordingly. It is in this area where larger traders are inclined to split consignments to abuse measures introduced for legitimate ICBTs. Physical searching of individuals to be undertaken by officials of the same sex taking into account personal privacy rights of individuals. And the final pieces of the suggested solution to be leveraging ICBT Organisations and NGO community in public awareness of ICBT rights and obligations etc. Also considering whether village Courts or Customary Courts could be empowered (and trained) to deal with low end complaints of cross-border abuse, minor official cross-border offences, or disputes etc within same boundaries as set for ICBT simplified procedures. If this suggested package of initiatives is adopted as a key regional trade facilitation plank in Southern Africa countries, maybe it will help draw more of the ICBTs into the formal cross-border trade clearance processes. Other innovative solutions are also required, such as development of covered markets near to problematic cross-border locations to facilitate local trade in foodstuffs etc. Note these ideas are yet to be formally accepted, but the message is being heard. Hope this little bit of input helps.