Getting a global initiative off the ground: What can transport learn from energy? 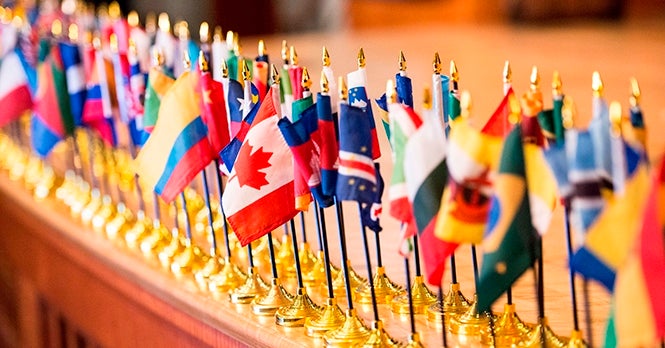 In May last year, key stakeholders joined the World Bank Group in calling for global and more concerted action to address the climate impact of transport while ensuring mobility for everyone. More recently, the Secretary-General’s High-Level Advisory Group on Sustainable Transport noted, in its final recommendations to Ban Ki-Moon, emphasized the need for “coalitions or partnership networks” to “strengthen coherence” for scaling up sustainable transport, as well as establishing monitoring and evaluation frameworks. These issues have been raised at Habitat III, COP22 and at the Global Sustainable Transport Conference in Ashgabat.

As the global community readies itself to move from commitments to implementation, what can transport learn from similar initiatives in other sectors, such as Sustainable Energy for All (SE4All)?

First, it takes time and maturation. The seeds of the SE4ALL initiative were planted in 2008, with two important appointments—the Chair of UN Energy (a new coordinating body of all UN agencies with energy-related programs), and a new Secretary General’s Advisory Group on Energy and Climate Change. Three years later, the United Nation’s Secretary General formally launched SE4All, with its three overarching objectives: universal access, renewable energy, and energy efficiency.

As the SE4All experience has shown, building a global coalition is a fairly complex and lengthy political endeavor, and certainly one that does not happen overnight. However, the SDG implementation process—not to mention the abundance of fresh evidence about how pressing the climate challenge really is—has put renewed pressure on the transport community to act quickly. There is a real sense of urgency among the sector to agree upon an approach to design and develop metrics for indicators of the transport related SDGs; it has also created a unique space for cooperation among a diverse group of UN and non-UN stakeholders.

Second, a robust monitoring framework was developed to measure progress and hold the sector accountable. In energy, new tools and methodologies were developed, and a Global Tracking Framework (GTF) was established in 2013. The GTF is co-led by the World Bank and the International Energy Agency; it brings together a group of 24 different stakeholders representing key energy interests. In 2015, the international community recognized the three objectives of SE4All as the basis for a distinct Sustainable Development Goal on energy (SDG-7); the United Nations Statistical Commission embraced the GTF with its three objectives and indicators for measuring the implementation of SDG-7. This represents a significant achievement for the energy sector that had not succeeded to get a distinct Millennium Development Goal in 2000. Inclusion of energy in the SDG process was achieved by a well-orchestrated campaign led by SE4ALL and its donors and partners and with the support of civil society. It was established as the umbrella under which sustainable energy interests could gather.

Our sector is in a different place: transport was not able to achieve its own SDG, and was included instead under other sectoral SDGs. As a result, developing a “Global Tracking Framework” for transport will require retrofitting fragmented SDG targets into a comprehensive framework, filling gaps, and agreeing on a few overarching objectives—a tall proposition, to say the least.

To kick start this process, the World Bank convened the international transport community last week with support from DFID, and on behalf of all stakeholders who want to transform the world’s mobility. The main objective of this first Consortium Meeting was to set in motion the process to develop a GTF for transport, based on commonly agreed objectives. To make this happen, engagement and consensus building among stakeholders will be all the more important that objectives in transport have yet to be agreed upon; they do not rest on a High-Level recommendation involving the UN, like they were for energy.

Third, the governance structure of SE4All was discussed and shaped in parallel to efforts on the global tracking framework. SE4ALL was an initiative of the former UN Secretary-General and benefited from the convening power of both the UN and the World Bank. Its Advisory Board was created in 2012, following a series of events and activities, including extensive consultations among diverse stakeholders. There is now a new governance structure. An anchor point will be designated within the UN Secretariat by the new Secretary-General to coordinate at the level of Under-Secretary General with the CEO of the multi-stakeholder quasi-international NGO devoted to SE4All in Austria. The CEO will also serve as Chair of UN Energy.

Transport has its own unique and diverse set of stakeholders. The beginning of any conversation on governance rests on recommendations from a High-level Group and/or UN Resolution. The SG’s High-Level Advisory Group on Sustainable Transport addressed some of these larger governance issues, which can be built upon. But these discussions will take time, and should be separate and distinct from the development of the Global Tracking Framework for transport. During the transition, let’s seize the momentum created in the international community around transport to act collectively and ensure that the sum is more than the individual parts.


This blog is based upon a report commissioned by the United Kingdom Department for International Development (DfID).
Topics
Climate Change
Energy
Environment
Governance
Transport