Transit-oriented development — What does it take to get it right? 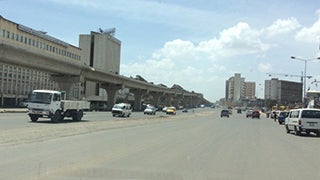 A recent trip to Addis Ababa really brought the imperatives of transit-oriented development as a complement to mass transit investments home to us. As a strategic response to rapid urbanization and growing motorization rates, Addis is one of several African cities currently developing public mass transit systems such as light rail and bus-rapid transit. Similar initiatives are budding in Dar es Salaam, Nairobi, and other cities in South Africa.

It is well known that transit-oriented development, or ToD, is a high-value complement to mass transit development. Compact, mixed-use, high density development around key mass transit stations can have the dual benefits of creating a ridership base that enhances the economic and financial viability of the mass transit investment and compounding the accessibility benefits a mass transit system can bring to a city’s residents. This is not to mention the intrinsic value in creating vibrant social gathering places for communities at strategic locations.

It ain’t as easy as it looks 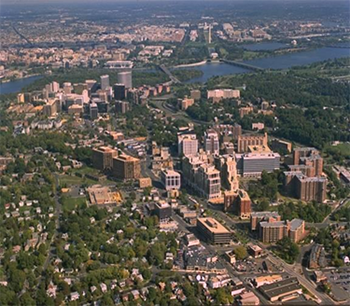 The successful development of the Rosslyn-Ballston corridor in Arlington County in the Washington DC region has been 40 years in the making
The value of ToD is well recognized by urban planners and transport specialists globally; there are some phenomenal examples of successful ToD, ranging from Curitiba in Brazil; Singapore and Hong Kong in Asia; to Stockholm in Sweden and Washington DC in the USA. However, the reality is that it remains difficult to realize successful ToD. While there is a lot of interest at the World Bank to support ToD, the Bank still needs to build up a solid track record; and internationally, there are many examples of ToD initiatives that have not materialized or delivered expected results. Indeed, a leader of an Asian city once complained to us that while they had set out to develop ToDs, the result was instead transit-adjacent hubs which created enormous amounts of car traffic.

What does it take to get it right?

Through this blog post, we wanted to share our take on why getting ToD right is so hard and start a discussion on potential ways the World Bank could help in developing successful ToDs in cities like Addis.  Part of the challenge is that ToDs are difficult both to plan and to execute; four key issues are worth highlighting:


Getting ToDs right – One at a time

While ToD efforts by cities in Africa and in other developing countries are fairly recent, they benefit from a good recognition of the added value and available lessons from international examples. The good news is that ToD can be fairly localized and operate within a confined geographic scope. This is thus more manageable, allowing for a focus of resources and, if successful,  generate a demonstration effect. A good starting point is to choose a ToD location which is not right in the city center but near it; where there is still sufficient catchment but relatively less encumbrances. Once one ToD proves successful, there will be greater confidence and the relevant planning–implementation-operating model could be replicated or scaled up.

We know it is no easy task, but ToDs can be done right – one at a time.  What do you think?