Can land registration institutions be reformed in deeply entrenched bureaucracies? 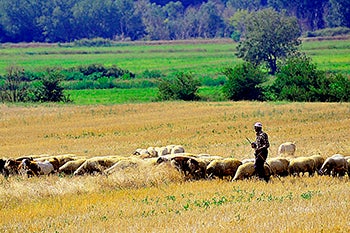 Turkey has radically transformed its land title registration system, and decreased the turnaround time for recording property transactions to just two hours.
I just returned from Turkey where I visited the Turkish Tabu Cadastre Agency (Land Registration Agency of Turkey). The agency had changed so much that I did not recognize it.

I remember my first visit to the agency in 2007. The agency is heavily staffed (15,000), has more than 100 branches and its main headquarters had once almost fallen apart. In my first visit, the head of the agency gave me a nice surprise: he showed me a land book that dated back to the 18th century, and included a record of my great-great-grandfather’s land title in Palestine.

The head of the agency had great plans to transform the agency by improving land records, introducing computerization and integrating the system into the overall e-government program, and setting a time limit of one day to register land transactions. Based on that an ambitious reform agenda, we worked together over a few months’ ‘time to prepare the cadastre modernization project. The Bank partly financed this reform through a $100 million loan, while the Turkish government funded the rest of the program. The project started in 2007, and I moved on to other positions later that year.

This time I had a second surprise. The institution is completely transformed. The main office has been completely and beautifully renovated. It now resembles any other government office in the US or Europe. The agency presented its achievements. It was amazing to see what had been accomplished in 8 years. The government is about to complete the renovation of the cadastre and the computerization of all land records, including historical records from Ottoman times. Service delivery has improved dramatically, with property transactions now being registered within 2 hours. They also integrated cadastre registration into the overall e-government program, which allows any Turkish citizen to access the record of their land/property online. Above all, customer satisfaction has reached 97% — something unheard of for land agencies, often known to be among the most corrupt agencies in many countries.

Half a world away, Thailand almost achieved the same results by the mid-'90s, making its land agency one of the most effective institutions in the country. The Thailand program started in the mid-1980s with support from the World Bank. The land agency then evolved from one of the most inefficient to one of the best agencies. The country worked to modernize its cadastre and improve service delivery, aiming for a turnaround time of one day to process the registration of land transactions. Research in Thailand indicated that the land titling program enhanced agriculture production, increased investment in property and improved access to finance. It was one of the major programs that contributed to the overall economic growth in the country.

While Turkey and Thailand successfully transformed their land institutions, many other countries are struggling to make serious headway in improving tenure security. In both countries, land disputes account for less than 1% of all court cases, while in some countries, such as the Philippines, more than one third of court cases are land-related.  In Yemen, land disputes result in serious armed conflict and in many deaths each year. In fact, conflict over land affects peace and stability in many countries around the world.

Many factors contributed to the success of both Thailand and Turkey, including a real commitment to the reform agenda, dedicated and committed institutional leadership, a long-term vision, and sustained financial support by governments (including through borrowing). But above all, the two countries benefitted from the experience of others: Thailand looked mainly to Australia and New Zealand, while Turkey learned from its European counterparts.

If Thailand and Turkey could achieve this, there is no reason why countries like Egypt, Nigeria, the Philippines, Indonesia and others can’t do the same. It is now time for Turkey and Thailand to share their experience with others and help them transform their land institutions. The World Bank stands ready to facilitate this knowledge exchange as we did when both countries transformed their own systems.