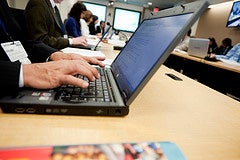 Like cholesterol, “social capital” comes in bad and good types.

Elusive to define, social capital consists of those bonds created by belonging to a group that instills trust, solidarity, and cooperation among members. We know that good social capital has an enormous development potential, positively influencing economic growth, democracy, cognitive development, and adoption of farming practices, among others.

In a recent study on crime in Colombia1, a colleague from American University, Erik Alda, and I show that high rates of crime help destroy social capital (victims trust less). But social capital can also reduce crime when it effectively increases the involvement of all of us in the prevention and management of crime and violent behavior and when it reduces the temptation of each individual to let others solve the problem of crime.

Stronger interpersonal trust, however, also allows an easier exchange of information and know-how among criminals, reducing their costs of committing a crime. Because bonding and trust within these groups demands the exclusion of others, a perverse social capital may lead to the kind of extreme violence and hatred seen in the Mafia, the Ku Klux Klan, maras, or genocides.

I do not know the extent to which maras or the Mafia use social media as a critical part of their macabre business –– does anyone know?–– but that’s not where the story ends on social capital and social media. Indeed the roles of social media as a cheap and effective checks-and-balances tool and its roles in mobilizing whole societies, as in the Arab Spring, have been proven. As the numbers of users increase, social media allows interpersonal relationships that otherwise might not have been initiated, resumed, or developed in its absence. Clearly, belonging to social media platforms is an increasingly popular and powerful form of inclusion, communication, and connection among individuals, regardless of distance and circumstances.

But social media’s forms of exclusion can be just as powerful. Argue with your friend and you may well be blocked from his or her social network -- a socialized punishment larger than simply not answering your phone calls. More disturbing are the recent cases of a Dutch teenager killed for allegedly posting derogatory comments of another in a popular social media platform and a Canadian teenager who committed suicide after years of cyber bullying.

Time will tell whether these cases are rare. But even if these heartbreaking events are uncommon, there are other reasons for concern. Sherry Turkle—a Massachusetts Institute of Technology (MIT) professor of psychology—has lucidly argued that ‘we have sacrificed conversation for connection’ in our current technological universe2, losing the individual ability to engage in reflective face-to-face conversations. Instead, we have substituted those for online snippets or ‘sips of conversations,’ walking head down typing in our ‘always-on/always-on-me’ devices, even in the company of our partners, children, and friends.

If social media ultimately strengthens the ability to connect and we lose the focus on the content and values embedded in content, the glue that bonds those interpersonal relationships holds little adhesive power. It would be ironic that as social media universalizes individual interactions, trusting bonds become scarcer.

1 J. Cuesta and E. Alda, “The Effects of Trust on Victimization in Colombia,” Journal of Peace Research (2012; 49 [6]: 833–46. Available at http://jpr.sagepub.com/content/current (Journal Subscription Required) Jose an interesting article that raises a whole raft of issues. We would make a distinction between Social Capital (reach) and Relationship Capital (depth) These two dimensions allow us to more effectively consider trust issues as well. Growing social capital will inevitably lead to a decreasing average trust according to Dunbar numbers. But there may well be pockets of deep relationship capital within that so an undulating landscape of trust will reveal itself. So within the extended connectivity that is available to us in a highly connected and networked world we can understand a much more nuanced collection of relationships with different implications, challenges and opportunities.

many thanks for your comments. I totally agree both as a development practioner and as a father. I am sure there is a lot of recent work done on social media, but let me send you this link on a recent issue from the European Journal of Developmental Psychology that addresses specifically the issue of cyber bullying.
http://www.tandfonline.com/toc/pedp20/9/2

Really interesting blog.
I believe that, nowadays, everyone should get a chance to learn about the risks and opportunities of Social Media before they publish their own account. Kids should be taught before the get a private access to Internet 1) how to find the information that is relevant to them and reliable, but also 2) how to prevent themselves from being exposed to any type of risks due to the use of online technologies.
I'm worried that if we don't pay attention enough to these issue starting from now, our children might lose all sense of privacy, and consequently will find it hard to build their own identity. I hope to read more blogs related to Social Media studies. thanks

Definitely, reach and depth are two different dimensions but I am not sure if increasing one need to lead to decreasing the other. That would be the case only if social capital were a fixed 'asset' which if shared further, grew thinner. As an economist, I think of social capital as well as an asset and, as it name indicates, a capital. So, it can accumulate (with more or less returns over time) and also deteriorate or depreciate. It can depreciate becuase of a broader use or becuase of an improper use. What I truly agree with is that there are some specific pockets of deep trust. I am not so concerned with size being the or a critical factor but with deep trust is only a product of exclusion of others.