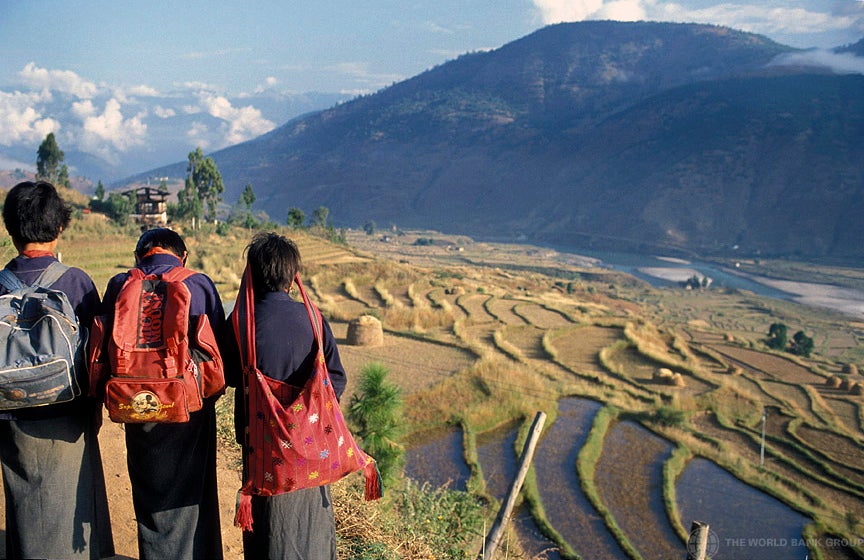 The papal encyclical “on care for our common home” reflects the kind of insightful and decisive leadership that will be needed to reverse trends that will affect humanity’s capacity to feed itself and provide for collective well-being. The encyclical is not only a sobering call to address climate change, but also a manifesto for environmental stewardship and action. It touches on topics that we, as earth’s dominant species, need to urgently care about if we are to keep millions out of poverty today and tomorrow, and deliver on the rising expectations of a global middle class.

At the core of the encyclical is both a concern for the health of the planet and for the earth’s poor, reflected in a commitment to social values and integrity, environmental resilience, and economic inclusion.

The stock-taking begins, aptly, with pollution: “Some forms of pollution are part of people’s daily experience. Exposure to atmospheric pollutants produces a broad spectrum of health hazards, especially for the poor, and causes millions of premature deaths.” The World Bank’s latest edition of the Little Green Data Book finds indeed that in low and middle-income countries, 86% of the residents are exposed to air pollution levels (measured in exposure particulate matter less than 2.5 microns in diameter) that exceed World Health Organization (WHO) guidelines. The WHO last year made headlines when it calculated that 7 million people had died prematurely from indoor and outdoor air pollution in 2012. From safer cookstoves in rural areas, to better air quality management in fast growing cities, this is an area where solutions are known and must be urgently applied.

The encyclical then moves to the issue of water: “The exploitation of the planet has already exceeded acceptable limits and we still have not solved the problem of poverty.” Again, this is an area of blatant inequality between rich and poor and a fundamental impediment to human development and growth: only 69% of the population in low-income countries ($1,025 or less of yearly gross national income per capita) has access to improved water sources vs. 99% in high-income countries (GNI per capita of $12,746 or more). Imagine trying to survive and thrive day after day on water that will make you and your family sick. As the Pope says—in italics for emphasis: “They are denied a life consistent with their inalienable dignity.”

Loss of biodiversity: “Each year sees the disappearance of thousands of plant and animal species which we will never know, which our children will never see, because they have been lost forever.”  Data in the World Bank’s 2015 compendium tallies 3,246 species of mammals, 3,625 of birds, 6,870 of fish and 13,583 species of higher plants currently threatened*. The staggering numbers give rise to concerns that we may be spurring the planet’s sixth mass extinction. I don’t think they would fit in Noah’s Ark—how many shipping containers?

The Pope’s appeal here is not about saving diversity for diversity’s sake or even “glory to God.” He bases his argument on human self-interest while at same time warning against the perverse effects of misguided human actions. He invites us to be humble and invest more in research to “[understand] more fully the functioning of ecosystems” and apply precautionary principles before intervening in nature. “Because all creatures are connected, each must be cherished with love and respect. For all of us living creatures are dependent on one another.”

The encyclical points to “the intimate relationship between the poor and the fragility of the planet, the conviction that everything in the world is connected, the critique of new paradigms and forms of power derived from technology, the call to seek other ways of understanding the economy and progress, the value proper to each creature, the human meaning of ecology, the need for forthright and honest debate, the serious responsibility of international and local policy, the throwaway culture and the proposal of a new lifestyle.”

Laudato Si, Papa! Thank you for making strong arguments that link human wellbeing to environmental protection and science-based analysis.  This is at the core of the work undertaken by the Environment and Natural Resources team at the World Bank.

*Threatened species are the number of species classified by the International Union for Conservation of Nature (IUCN) as endangered, vulnerable, rare, indeterminate, out of danger, or insufficiently known.
Topics
Climate Change
Environment
Education
Health
Poverty
Regions
The World Region