The World Bank has supported land reform, land administration, and land management projects in 24 countries in the Europe and Central Asia region (ECA) since the 1991 dissolution of the Soviet Union and Central European socialist countries. This has been a period of catalyzed, unprecedented political, economic, and social changes and also a remarkable success story in creating private property rights, and developing land registration and cadastre systems. The results are becoming visible. According to the 2016 Doing Business Index, 7 of the 10 best- performing property registers are found in ECA countries. It is time to think next steps and how to best utilize these data repositories for development.

In the aftermath of 2008 fiscal crisis, which hit the Europe and Central Asia region particularly hard, and facing the challenges of globalization, countries have started to pay renewed attention to equitable and efficient sources of revenue. Recurrent property taxes are being seriously considered as they fall on fixed assets that cannot be moved to another jurisdiction, and are known to be a viable source for financing local services.

However, while it is known that recurrent property taxes can play a significant role in a tax system, they remain underutilized in most countries, with only a minority raising significant amounts in this way. Why is that?

New analytical work by the World Bank and FAO (.pdf) that featured 9 country case studies from ECA, provides some answers. Reasons are in part technical and in part political. Modern property taxes are based on the assessed value rather than the area of a property; therefore, they require the capacity to estimate market values of properties systematically, equitably and comprehensively. Major technical impediments include commonly inadequate valuation capacity (lack of valuer education, standards, accreditation) and associated infrastructure (incomplete tax rolls), and market information (no access to reliable property transaction prices).

The latter technical impediments may have become historical in ECA, which has the world’s leading property registers (in terms of completeness and ability to register transactions) and vivid valuation professionals and valuation infrastructure. In fact, ECA’s digital property registers provide a good and fast improving base for mass property valuations systems region wide. These systems can in turn provide equitable values efficiently for recurrent property taxes. There are several good mass property valuation systems operational in ECA. 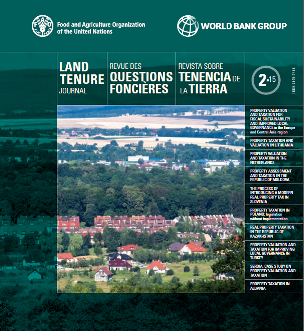 The remaining challenges in introducing equitable property taxes in ECA region are political and cannot be underestimated. While mass valuation systems are fully functional in many ECA countries, being introduced in others and considered in most remaining ECA countries, one still has to cross the border to Western Europe to find efficient property taxes. Imposition of property taxes is sensitive, perhaps a political career ending move; even when there is the will, a governmental term is bound to be too short for carrying through such reforms and introducing solutions.

However, the opportunity is real and the trend is clear. We will soon see an era where ECA property registers region-wide are used for mass valuation systems that serve equitable, value-based, property taxation.  This is a very positive prospect for the region, as it will eventually translate to better local services. Time to make it happen!