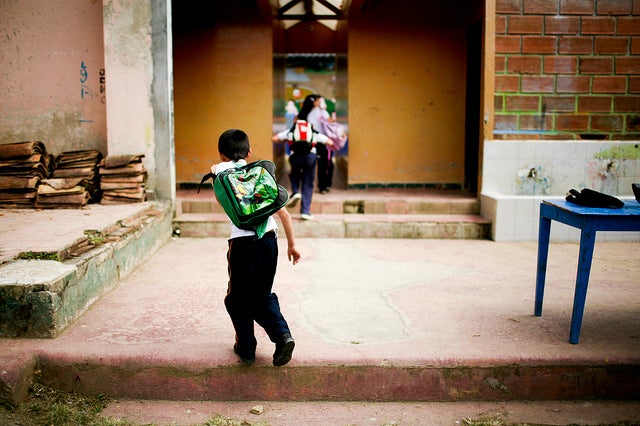 Make no mistake; this will not be easy. We will need sustained, shared growth, with a special emphasis on agricultural growth in the poorest countries. We will need programs and policies that are equitable, ensuring that every child has the same opportunities to succeed in life, and that all citizens are able to benefit from fiscal and social systems and representative institutions. And we will need to ensure that those who live in extreme poverty, and those who are vulnerable to falling back in, are protected when global or local markets fail, and when disease and drought persist in their communities.

But alongside this, we will also need new ways of thinking about old problems. Although the global community made enormous efforts to meet MDG 1 five years early, it will be increasingly difficult to reach those who still live in poverty as the world works toward an end to poverty by 2030.

This week, I am in London at the International Behavioural Insights Conference, which focuses on a promising area of work that can help us more effectively impact the lives of those entrenched in poverty. The 2015 World Development Report on Mind, Society, and Behavior put a spotlight on how the stresses on those living in poverty can make existing barriers to their pathways out of poverty even harder to overcome. Now is the time to take this from theoretical study to practical application.

Fortunately, as a recent study on the chronic poor in Latin America shows, it is not always necessary to develop expensive, brand new programs: it is possible to integrate behavioral insights into existing programs, making small, cost-effective modifications that can help reach people who are left behind by traditional programs. Here are a few examples:

Right now you might be asking yourself, “if this approach works, why isn’t it used everywhere?” Simply put, it is not as easy as it looks to apply behavioral interventions broadly; they have to be tailored specifically to the different groups in different regions that make up the poorest of the poor. What we know was successful in Bogotá, for example, might not work in another Colombian city, let alone in a city across the world. So, one way to take this on is to make sure that policies and programs have the flexibility to address these differences, and to adopt successful approaches that work for the communities they are trying to benefit.

This is just one of the innovations that will move us toward achieving the World Bank Group’s goal of ending extreme poverty by 2030, a goal that now has the full weight of the international community behind it as we adopt the first Sustainable Development Goal. The challenge of reaching those remaining in poverty is daunting, but not insurmountable. It will be crucial for all of us- governments, development institutions, local actors, civil society, and NGOs- to not only build on progress and effective policies and programs, but to also find new ways to move the world toward sustainable, smart, permanent poverty reduction. This is a very nice write up and the examples given are very real and encouraging. It is one of the few instances where we seem to understand that interventions need not be big and earth shattering, that small programs can make a difference in poor peoples' lives.
The challenge with small programs is that they take time and effort to implement and impacts are small - one community at a time. Such programs need a dedicated army of people since each community requires personalized attention.
It is good to see WBG embarking on such programs.
This write up reminds me of the book Poor Economics by Abhijit Bannerjee and Esther Duflo - it talks about how the poor think and what works (and does not work) with them.