Remnants of the Soviet past: Restrictions on women's employment in the Commonwealth of Independent States

My father (see photo) is a long-distance trucker based in Belarus. As a young girl, I spent long hours on the road with him. I loved traveling to neighboring and faraway cities and—even though I could barely reach the pedals at the time—dreamed of becoming a truck driver myself one day. Life ended up taking me on another path, but it wasn’t until I was older that I learned that the option of being a truck driver was never open to me to begin with.

Because my native country prohibits women from being truck drivers, one of the 182 professions out of bounds for women.

And it’s not only Belarus that bars women from certain jobs. A majority of the former Soviet Republics that make up the Inter-Parliamentary Assembly of the Commonwealth of Independent States (IPA CIS) have lengthy lists of job restrictions for women, a remnant of a 1932 Soviet Union law that carried over into their national legislation after the collapse of the USSR. 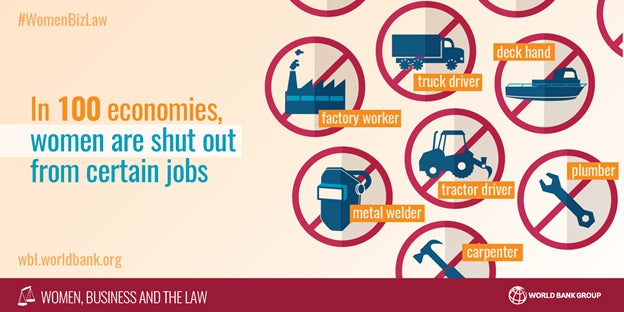 Last week, I and a colleague were at the IPA CIS in St. Petersburg, to present the findings of the World Bank Group’s Women, Business and the Law report, on which we work. The report monitors legal and regulatory barriers to women’s entrepreneurship and employment in 173 economies, including 9 IPA CIS member countries.

The latest edition of the report finds that Azerbaijan, for example, prohibits women from 38 categories of jobs, including about 70 professions and tasks in the metal industry alone. Kazakhstan restricts women from 25 categories of jobs, which include nearly 33 professions and tasks in just the geological exploratory industry. Similarly, women in Moldova are barred from 29 categories of jobs. The category for the food industry alone lists around 60 professions and tasks. In the Kyrgyz Republic, about 400 professions—such as drillers, battery attendants and electricians—are forbidden for women. In Tajikistan, women cannot work in the manufacture or repair of aircraft or be a master at metallurgical enterprises. And in Ukraine, women cannot work with lead, manufacture pipes or be excavator operators.

Some women have challenged these discriminatory laws.

In 2009, Anna Klevets applied to be assistant train driver in the St. Petersburg subway system, but was rejected on the grounds that the law prohibits women from doing so. Klevets took her case all the way to the Russian Supreme Court, arguing that the law is discriminatory, but the Court disagreed. It upheld Resolution No. 162 of 25 February 2000, noting that the law protects women from jobs that are “harmful for their health.”

Similarly, Svetlana Medvedeva, who was denied a job at the helm of a boat after graduating as a navigation officer in Russia, challenged the same law that prevented Klevets from becoming an assistant train driver. After the courts rejected her case, she brought it to the UN Committee on the Elimination of Discrimination against Women. Although the Committee found the law to be discriminatory in February 2016, it remains on the books to this day. 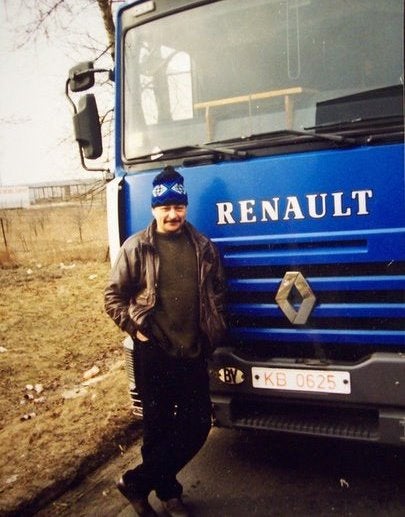 While IPA CIS member states are doing well in comparison with the rest of the world when it comes to gender equality in property rights, parental benefits and women’s legal capacity, they could do more on removing restrictions on women’s work. Prohibitions on employment result in occupational segregation that not only hinder women’s economic choices, but also contribute to a higher gender pay gap because many of the restricted professions are in high-paying sectors.

For those jobs that are considered dangerous, governments, employers and trade unions can work together to establish safe working conditions that protect women and men alike. Removing the remnants of the Soviet past in the form of job restrictions on women should therefore come at no substantive cost for the IPA CIS member states and can provide women with greater economic opportunities, as well as job satisfaction.

The comment I most often heard while in St. Petersburg from men and, surprisingly, women was that women would not want to work in the restricted professions even if the laws were amended due to strong social norms.

However, the examples of Klevets and Medvedeva prove that there are women who aspire to take on economic opportunities that are currently reserved for men. There are likely many more women in the CIS region whose voices remain unheard. Today, Armenia is the only IPA CIS member state that allows women to do the same jobs as men. Positive movement has also recently occurred in Belarus, where the number of restrictions on women’s work was reduced from 252 to 182 in 2014.