In the School-to-Work Transition, Can We Teach a Growth Mindset and Grit to Help Youth Succeed ? 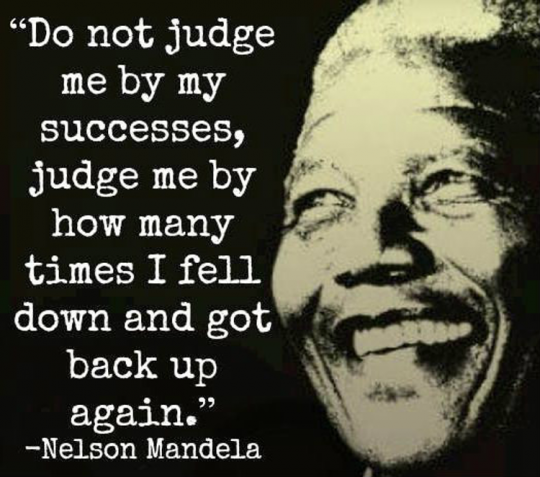 How can we best help children and youth succeed in life? This question is a top concern among parents, educators and policymakers all over the world. Growing attention has focused on the key role of socio-emotional skills, such as grit (perseverance) and motivation to overcome obstacles and failures, in the path to success. Recent prominent examples of the spotlight on this topic are Salman Khan’s (of the online Khan Academy fame) Huffington Post blog on the subject, and the recent LinkedIn post by  World Bank Group President Jim Yong Kim.

This is not just another policy fad. It is backed by a burgeoning body of empirical research. Carol Dweck’s “growth mindset” theory posits that individuals who believe that their intelligence or their skills are not fixed, but, rather, can be improved through effort and dedication, are more likely to succeed. In her Mindset book, Dr. Dweck demonstrates how children with growth mindsets perform better in school compared to their fixed-mindset peers, and how people with similar talents in sports, music, or management are more likely to succeed when they hold growth mindsets. She advises parents and teachers to change the way we praise children: Saying “I am really impressed with how hard you worked to solve this problem,” rather than “You solved it so quickly, you are so smart!”

In their research, Angela Duckworth and colleagues have added that the belief that change through self-mastery is possible leads to sustained effort for achieving one’s goals. They have written extensively on Grit as a strong predictor of success, whether at school, the workplace, marriage or the military.

Through the STEP Skills Measurement Program, the World Bank, in collaboration with researchers like Dr. Duckworth, has been pioneering efforts across the developing world to measure and analyze the importance of these and other socio-emotional skills among youth and adults –just like the OECD’s PISA and PIAAC do for cognitive skills. From Bulgaria to Peru to Vietnam, emerging evidence from these surveys demonstrates that in developing countries, similar to developed economies, these “soft” or “non-cognitive” skills matter for socio-economic success. In Peru, for instance, having more grit was found to boost labor earnings just as much as being smarter (as measured by cognitive tests). These skills are especially important for social inclusion of poor women and disadvantaged minorities.

This begs the question: Can socio-emotional skills or character traits like perseverance and growth mindsets be taught?

Growing evidence from careful studies points to answering this question in the affirmative. Dweck and collaborators have shown that relatively simple, low-cost “mindset interventions” –where participants are taught that our brains are like muscles that grow new connections through learning new things and working on problems— can shift mindsets and  boost achievement.

One such study assessed the impact of including such an intervention in an 8-week-long workshop on study skills for seventh-graders in New York City. It demonstrated remarkable results: while the math grades of students in the control group, who only had a “study skills” workshop, spiraled down during the school year, those of the treatment group climbed up. In another random-assignment study by Dr. Duckworth and coauthors at an US urban middle school, fifth grade students who learned mental tools to avoid distraction and temptation and thus persevere in their studies, improved their grades and school attendance relative to students in a placebo-control condition.

This research has already inspired innovations in educational practice on a wider scale. Carol Dweck and her co-author Lisa Blackwell have developed the Brainology online program, which has taught the growth mindset to about 50,000 middle-school and high school students. The network of 162 KIPP schools in the US serving 58,000 students has adopted a Character Growth Card to track student progress in developing key socio-emotional skills on par with their academic grades.

Another initiative, the “Academic Youth Development” program offered as part of the Agile Mind program and implemented in nearly 500 schools in 12 states, seeks to change students’ mindsets and attitudes about their potential as learners in order to improve their math and science achievement. Although more full-scale evaluations of some of these programs are still needed, there is already evidence suggesting that they can deliver results by improving academic performance and achievement later in life.

Can these insights be applied to developing countries to improve learning in school and also to address the problems of youth unemployment and social exclusion?

While the evidence on how growth mindsets and grit can be cultivated is encouraging, so far the research has focused on children and the developed country context (mostly in the United States). The World Bank is currently working with the Ministry of Education in Peru to implement and evaluate a program to teach socio-emotional skills, building on a previous study. Our team, involving colleagues from the Bank’s Education, Poverty, and Social Protection & Labor Global Practices, is contributing to fill this knowledge gap by designing and evaluating mindset/grit interventions to improve school-to-work transitions in Europe and Central Asia.

The first such country-wide intervention, currently in the design stage, aims to build these important socio-emotional skills, and through this improve school performance, labor-market aspirations and expectations of high-school students in the Former Yugoslav Republic of Macedonia. Qualitative studies have shown that perceptions and aspirations of many Macedonian youth remain anchored in the legacy of the past: many think effort and hard work does not pay off. This likely contributes to the high rates of unemployment and inactivity in the country, particularly among young women and ethnic Albanian and Roma minorities.

With support from the Swiss Cooperation Agency, and in collaboration with the Macedonian Ministry of Education and local researchers, we are working to implement a mindset intervention as part of the current high school curricula to cultivate teens’ growth mindsets and their ability to set goals and act on their intentions. The intervention will be randomized across Macedonian schools in order to evaluate how it affects academic performance as well as post-graduation goals and labor market aspirations, particularly those of young girls and minority students. And we hope to track these students in order to assess longer-term impacts of the intervention on labor market outcomes.

In another study, for which we have identified an interested client country and are currently pursuing funding, we aim to examine for the first time the potential effects of mindsets and mindset interventions in successful labor market integration. Specifically, we focus on unemployed youth already out of school and struggling to make the transition from education to employment. We are designing a mindset/grit intervention that can be delivered to public employment service clients, and we plan to evaluate the effect of this intervention on the take-up and completion of existing training and employment support programs, the intensity of participants’ job search efforts, and if possible also track longer term labor market impacts.

A lot is still unknown about programs to make socio-emotional skills development successful. We believe that, if found to be successful, these can prove to be very powerful and cost-effective interventions that can be adopted on a nationwide scale by educational institutions and employment services in developing countries. Indeed, we are adapting the delivery mode of the interventions above to the existing structures of public service delivery to facilitate scalability. We strongly believe that the potential gains are well worth the inquiry.

And, importantly, the gains extend way beyond schools and workplace settings. As the life of the immense Nelson Mandela attested, to exercise great change, we have to be willing to fall, fail, adapt, and to start over again. We need to get gritty about changing mindsets and making our kids and youth grittier so they can be better prepared to participate productively in society and become the drivers of change. We plan to share our study design and emerging results as they emerge over the next year, so stay tuned.