There is no planet B 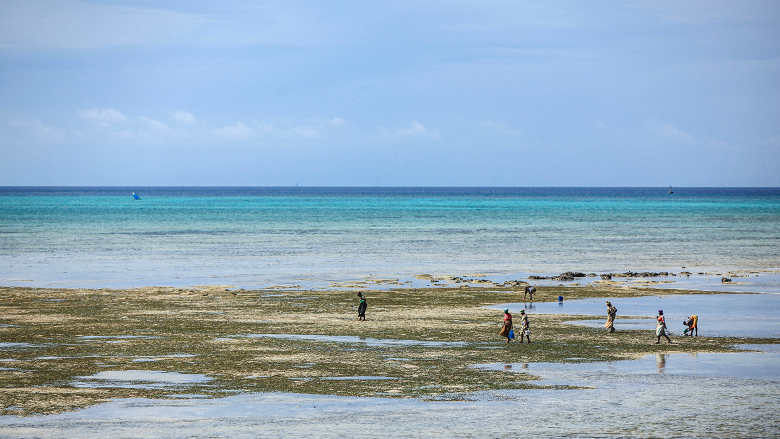 The inclusion of oceans for the first time in the international-development agenda illustrates the ambitious and holistic view of challenges and solutions that nations are embracing. With the SDGs, nations are calling for a future in which nature is managed to drive economies, enhance well-being and sustain lives -- whether in Washington or Nairobi, on land or sea.

Fifteen years ago, nations convened at the UN and created an unprecedented set of guideposts, the Millennium Development Goals. In that timespan, the number of people living in extreme poverty was more than halved. But the oceans were not part of those goals. We now have the opportunity to focus minds globally on restoring healthy oceans for resilient economies and thriving communities.

This attention comes not a moment too soon. More than 75 percent of the earth's surface has been neglected, and we live with the result -- floating garbage patches, browning coral reefs, overfished waters with rising temperatures, habitat loss and extreme-weather events. The recent WWF Living Blue Planet Report provides data confirming this bleak picture: for example, marine vertebrates declined by 49% between 1970 and 2012.

One of the targets included in SDG 14 aims to increase economic benefits to small island states -- the countries that did the hard work to get the oceans on the agenda in the first place. They depend on the ocean for food security, and their very existence is in peril because of climate change. They have already seen firsthand the effects of rising sea levels, extreme weather, warming waters and ocean acidification. The fish they depend on are swimming to new waters, while the beaches that attract tourism revenue are vanishing.

Another SDG target works to end overfishing, unregulated fishing and other destructive practices in order to restore fish stocks. The model of individual countries racing to out-fish each other is over. As deep and vast as they seem, there is nothing limitless in our oceans. In pursuing change, we need to privilege small-scale fishers who provide the bulk of the labor and half the fish catch globally, but who suffer a lack of access to finance and insecurity of tenure.

Other targets include: preventing and reducing marine pollution and debris; conserving at least 10 percent of coastal areas; and minimizing acidification -- to name only a few.

The work ahead is monumental.

The World Bank is committed to helping coastal and island countries turn the tide in their favor with a pipeline of sustainable investments that protect and enhance natural capital.

About 40 percent of the world's population lives within 100 km of the coast, and more than 60 percent of the world's GNP is produced in proximity to the sea. Our engagement is focused on working with small-scale fishers and the public sector in tandem, improving the productive potential of marine economies and rebuilding fisheries, all while expanding sustainable aquaculture. Our research -- Sunken Billions and preliminary results from the Sunken Billions Revisited -- has shown that $50-100 billion is lost each year due to fishery mismanagement. Hence there is enormous potential to grow economies by restoring the health and management of ocean resources.

Our experience shows this can be done.

In Indonesia, the Bank engaged more than 350 village communities to protect coral reefs while improving fish practices. We now see coral reefs growing even as the income of the fishing community increases. In its third phase, the COREMAP project is working to institutionalize planning for coral-reef protection and improve the well-being of coastal communities.

In the Caribbean, natural disasters are ruinous for fisher folk. In partnership with the U.S. State Department, the Bank aims to increase the number of fishing-dependent communities with access to disaster risk insurance while fostering more and better mechanisms for this coverage and ensuring relief for island states.

In Liberia and Sierra Leone, fisheries are contributing to the ongoing recovery of food security from the Ebola pandemic with the assistance of our West African Regional Fisheries Program. With World Bank support, Liberia has successfully reduced illegal, unreported and unregulated fishing from its local waters, according to recent satellite imagery.

The shift to the SDGs is an historic moment in many regards. The international community is coming together in the realization that there is no planet B, no hinterland, no backwater. The health of our oceans is inextricably linked with our collective future.  My hope is that SDG 14 will help countries, businesses and citizens focus on the oceans' vital signals, invest and innovate. If so, we will all be that much stronger.