“We love our daughters. But we need a son.” 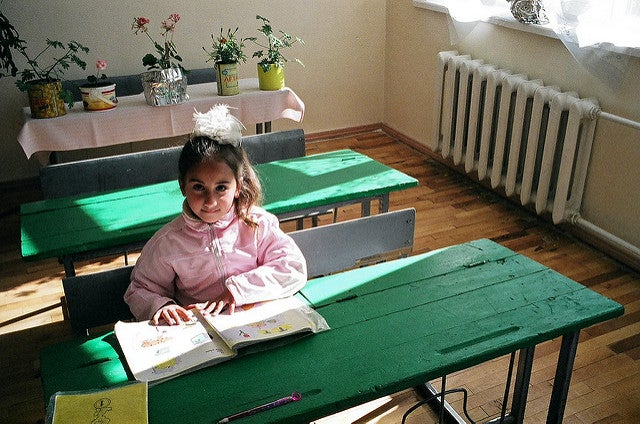 This refrain captures the common sentiment in Armenia, and is at the heart of the growing issue of sex imbalances in the country. Armenia today has one of the most imbalanced sex ratios at birth in the world , with 114 baby boys born for every 100 baby girls, above the natural rate of 105. We recently met with groups across Armenia to dig deeper into the root causes of sex preferences, with the hope of helping find an effective policy solution.

This issue has long affected countries like China, India and others in Asia, but it has emerged only recently in the South Caucasus. In Armenia, the ratio of boy births to girl births started increasing in the 1990s, when economic disruption and the desire to have smaller families, combined with the availability of sex detection technology, led many families to choose sex selection in the quest to have a son. The result? A generation of “missing girls,” as Amartya Sen first called this phenomenon.


We know that imbalanced sex ratios are symptomatic of gender inequalities in society . Mention this link to people in Armenia, and the most likely response will be “we love our children equally” or “girls and boys are treated the same here.” We heard this from men and women across Armenia during qualitative research for a study launched last year on the ‘missing girls’.

Although Armenian girls have equal access to education and even outnumber boys in tertiary education, the survey data from the Caucasus Barometer points to widespread son preference – a root cause of the skewed sex ratios we see. Over half of the respondents admitted that if they could only have one child, they would prefer a son. As many as 71 percent of people expressed this preference in rural areas, where traditional family systems remain most intact.

The initial skepticism of focus group respondents towards the numbers we presented is not surprising. Nevertheless, many admit that both son preference and its consequences are actually visible around them. Many interviewees acknowledged talking their daughters, daughters-in-law or wives into termination if pregnant with second or third girl. And the evidence of the ingrained preference for sons across Armenian communities is abundant, as testified also by our fieldwork.

Do people really prefer sons? Why?

With our partners from the Armenia Caucasus Research Resource Centre, we tried to get to the bottom of the question by talking to men and women of different age groups across four communities in Armenia. What did we learn?


An agenda for action: value your girls!

As Women’s Day approaches, we owe girls in Armenia and throughout the world an equal chance .

The policy challenge is complex, as son preference and consequent sex selection are the product of both personal and societal pressures, as well as economic and cultural circumstances. But international experiences already suggest effective ways to address this preference. ‘Medical solutions’ tend to be ineffective: banning medical personnel from revealing the sex of the child or preventing women from terminating pregnancies only increase risks for women who would resort to illegal and dangerous means to achieve the same end.  The solution must be sought in tackling the underlying reasons for son preference.

Many Armenians know the way. “Whatever is done, wherever it commences, the core should be the same: increasing the importance of women’s role,” suggests a young woman in Yerevan. Let’s give her and all young Armenian girls a chance to be born and grow into valued professionals and leaders.

This research was funded by the Umbrella Facility for Gender Equality (UFGE), a multi-donor trust fund managed by the World Bank Group. It is astonishing to see the four reasons listed above as similar to the reasons in India. Added to this list is the problem of dowry which still exists in India. Helping a girl understand and develop her own self-worth and importance in society is the first step in my experience.

Thanks for the very well-written blog! More about the bitter reality we face in Georgia:
http://www.feradi.info/en/visualizations/ojakhshi-saqmis-ganatsileba-qa…

Similar issues have existed in India for decades and we are still struggling to value and respect women in India. Statistics presented in the blog are quite alarming. (http://challengesforwomen.blogspot.com/)