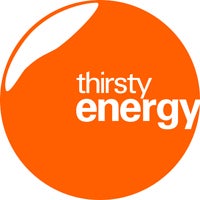 In countries around the world, meeting daily energy needs is dependent on water. Finding sufficient water resources to produce the required energy, however, and then appropriately allocating the limited supply, is becoming more difficult.
In the past five years, more than 50% of the world’s power utility and energy companies have experienced water-related business impacts. At least two-thirds indicate that water is a substantive risk to business operations. As the world’s population reaches 9 billion, competing demand for water from other sectors is expected to grow, potentially exacerbating the issue. 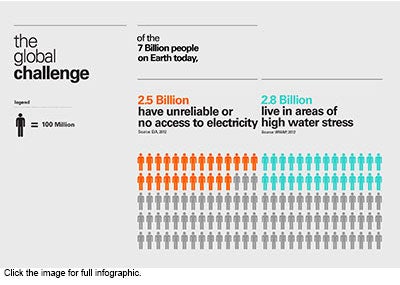 Without significant action, these types of problems are only expected to get worse. By 2035, the world’s energy consumption will increase by 35%, which in turn will increase water consumption by 85%, according to the International Energy Agency. Climate change will further challenge water and energy manage­ment by causing more water variability and intensified weather events, such as severe floods and droughts.

The good news is that solutions to the water-energy challenge exist. The World Bank’s new Thirsty Energy initiative is already working to help governments prepare for an uncertain future by breaking disciplinary silos that prevent cross-sectoral planning. But countries must continue to innovate and adapt policies and technology to address the complexity of the landscape.

With the energy sector as an entry point, Thirsty Energy quantifies tradeoffs and identifies synergies between water and energy resource management. The initiative is also working with the public and private sectors on technological development and adoption, improved operations to reduce water use and impacts in water quality, and integrated planning to assess constraints and synergies between the two resources in a range of countries including South Africa, Bangladesh, Morocco, and Brazil.

Energy systems are becoming more and more vulnerable to the impacts of climate change, which adds uncertainty and risk. If these challenges are not immediately addressed, they could compromise development gains achieved so far and push people further into poverty. The time to act is now.
Topics
Climate Change
Energy
Water
Regions
The World Region The economic impact of water shortage on the efficiency of thermo-electric generation, as noted above, deserves additional analysis and quantification. Temperature-related efficiency losses will not only become greater in response to reductions in available cooling water volume, but will be further compounded by a gradually warming climate. While the impacts on the electrical output of individual plants may be small, the cumulative impacts could be considerable. Better recognition and quantification of the thermal-related risks to generating efficiencies could also offset a significant portion of the existing life-cycle cost differential between fossil-fuel based generation and renewable alternatives.

Water is a valuable resource. For energy production various countries are switching to solar panels as water reserves is a big issue now days. This is an alarming condition.