Five reasons why Kenya and Africa should take off 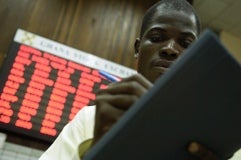 A week hardly goes-by without one or more international investors announcingmajor investment interests in Nairobi, or other African capital cities.

Nokia, Nestle, and IBM are some of the companies which intend to position themselves more strongly in (East) Africa. True, their investments may still be low by international standards, but they are increasingly becoming noticeable.

On a macroeconomic level, the new Africa momentum has also been evident. Africa has weathered both the global financial crisis, and the turbulence in the Euro zone. According to World Bank’s latest economic outlook, Sub-Saharan Africa is projected to grow above 5 percent in 2012 and 2013. This would be higher than the average of developing countries (excluding China), and substantially, above growth in high-income countries. This means that at some point in this decade, Africa could grow above the levels of Asia.  A few years ago, it would not have been possible for economic observers to consider such a scenario.  Once Africa becomes the fastest growing continent in the world; this will also be the true turning point for Africa’s global perception.

There are five reasons why Africa can become an emerging region over the next decade, and Kenya provides a good illustration of this. The first reason is external, while the others are domestic.

First, Asia is growing richer and is becoming more expensive. With an aging and more affluent population, Asia, especially China, will need to expand domestic demand and balance its economy away from exports. This will further raise the costs for production, which will lead to “the end of the China price”, a term used by Pamela Cox, World Bank Vice President for East Asia, at this year’s spring meetings. Other poorer countries can benefit from the end of the China price, mainly due to the fact that more than 85 million manufacturing jobs are expected to leave China in the coming decade. Will Africa get a big share it? Will Kenya be part of it?

Second, Africa will be the new demographic powerhouse of the world. All continents will grow older, and many economies will have a shrinking working population. Africa on the other hand is still young (as a matter of fact, it is also growing older, but from a very low base), and the working age population is rapidly expanding. As family sizes shrink and populations grow older, countries will experience a “demographic dividend”, which occurs when the working age population exceeds the number of dependants, and continues to broaden.

For example, Kenya adds more than one million people per year to its population, and will reach an estimated 85 million by 2050. However, the number of youth (age 0-14) is expected to increase from 20 to 25 million, while that of adults from 22 million today, to 55 million in 2050. This is why rapid population growth is good for Africa, since fast growth is taking place for fundamentally different reasons, compared to the past; it is because people now live longer—not because they have more children.

Third is the geographic transition which is also connected to demography. Most African cities are still small, but growing rapidly; not least because rapid population growth by definition increases the density of countries. Studies show that doubling city size is associated with a productivity increase of an average of 6 percent.   The key issue will be the management of these growing cities. Today, 30 percent of Kenya’s population lives in cities. But going forward, this share will increase by about one percent per year, over the next several decades, which means that by 2033, half of Kenya’s population will be urban. Geography should also work to Africa’s advantage, because it is not far from key markets. The port of Mombasa is relatively close to India and Europe. In addition, Nairobi has already emerged as the region’s transport and service hub.

Fourth, the expansion in education is paying off. Africans are better educated today than they were twenty years ago. Among the Millennium Development Goals, education is likely to be achieved. Kenya speaks the world’s leading language—English—and the business community largely benefits from a good labor force.  Since the introduction of free primary education, most Kenyan children are now going to school. Most of them know how to read and write, but the quality of education still needs improvement.

Fifth, economic policies have substantially improved. The 1990s was the decade of controversial structural adjustment. When I was traveling through Africa during that period, black markets were everywhere. Today they are exceptional. Compared to Europe, Africa’s macroeconomic policies look excellent!  For example, Kenya’s debt level of around 45 percent of GDP would propel it to one of the top performers in the European Union.

Is this picture of an emerging Kenya and Africa too optimistic? Aren’t the challenges still enormous? Isn’t Africa still embroiled by war, drought, climate change, corruption… you name it? Yes, the challenges remain enormous.  But look back ten to twenty years, and compare it to the present day.  In countries like Kenya, Tanzania, Uganda or Rwanda almost all social and economic indicators are now better than in the 1990s. Even globally, think about it: A few years ago, who would have thought that it would be possible for someone in Kenya to have a face-to-face conversation with someone in another part of the world—for free!  Thanks to modern communication, it is now possible.

There are still many local and global problems which need urgent solutions. Between now and 2050, an additional 2 billion people will join the world population, who can help to solve these problems; of these, every second person will be an African. There will also be 45 million more Kenyans. This new generation will grow up in a new world, and be better equipped to solve future challenges.

This is the second part of a speech I gave at the Annual Gala of to the Petroleum Institute of East Africa.

Dear Wolfgang/Shanta,
Nice, I enjoyed your article. Growing from a base of per capita incomes of $300-500, evidently there are niches FDI will seek to fill in the African economies and Africa will come to play some of the roles played by Asia in recent years – your point #1. Whether Africa can become the factory of the world is much debated; our productivity levels are very low compared to Asia’s. As for your assertion that African income levels will catch up with Asia’s – currently 2.5 x Africa’s – THIS decade, that’s very optimistic and quite frankly unrealistically so. #2 booming population growth as a boon: Really? #3 urbanization as boon. Ditto. Most people coming into the towns end up in “growthless jobs” in the” informal sector.” #4: education. Sure, more qualified workers will boost productivity levels but some of our graduates can’t multiply 9 x7 except on their mobile phone! #5: economic policies. By that you mean we liberalized and opened up to the world. It’s from that that we are getting >5% growth, but economic policies also have to embrace notions of poverty reduction. Trickle down takes too long!
Given that your lecture was to the Petroleum Institute in Kenya, and given that – gasp – oil has been discovered in Kenya, I found your lecture quite disappointing that it failed to make any reference to the background of resource depletion under which sub-Saharan growth will occur. (I see this is the second part of your lecture; you may have done so in your first part.) There are opportunities as well as dangers in this. I think sSA could well become the farm of the world as even countries like China and India are running out of land. Land grabs – read land alienation – have started in Africa. The African economic model is “top down” - with FDI going to industry sector and now agriculture. Eighty percent of sSA’s population still live on farms. Their productivity levels are dismal. Population densities are low – because of low agricultural productivity levels – and hence plenty of land is available and now Asian countries want to come and farm to export food to their countries and grow ethanol-yielding crops. Some of our leaders call it “employment creation” and “modernizing agriculture.” People’s participation in the process of growth is being thwarted.

5 of the Billion Reasons to Believe in Africa!

Thanks for the Idea about China's Future Sir, Good day.

with jobs migrating from China to SSA, our only hope is that they don't come with billions of chinese 'labour force attachments'- we are already seeing this- why would a chinese construction firm 'import' chinese truck drivers to undertake a highway construction in Kenya?
Elsewhere in Africa, chinese hawkers are competing with locals on the streets- what are they all selling? Assorted, substandard gadgets and wares 'Made in China'.

"Most of them know how to read and write, but the quality of education still needs improvement."

No, they don't. Despite what WB or UN stats may tell you, only about 55% of children in grades 1-3 can read a single english word. And that's the key. A single ENGLISH word.

The Kenya Ministry of Education needs to understand that early grade mother tongue instruction will produce far greater student reading outcomes than sticking with English, and that students who learn in their mother tongue eventually OUTPERFORM other students in English!

Thanks for your thoughtful comments. Maybe we need to catch-up to discuss all of your points in person.

Just one reaction on the relation between Asia and Africa's development prospects: You are absolutely right that it will take time for Africa to catch-up with Asia (if it will do so at all). The main point is: Many parts of Asia, especially China, are becoming too expensive. This gives Africa additional opportunities in (light) manufacturing which could lead to a replication of the Asian success (but with a time lag of at least 20 years).

Good luck with your research.

I found your comments rather too pessimistic and devoid of facts. My daughter is in class 2 here in Nairobi and can read books and children magazines. My son who is in nursery is also doing well and can scribble his two names as well as read a few other words.

I do not know where you gathered your stats on 1-3 grades not being able to read,one thing is certain though-they are warped stats. All you needed to do was to type some WORDS, sentences and ask the kids you meet on their way home to read. I'm sure you'd have been surprised than making wild allegations that you cannot even substantiate.

I may not be an expert in Early Childhood Development, however, I'm certain that if one learns the English language(or any other) and have good teachers of the same language, they definitely tend to have much better mastery of the language. I don't understand how one can master the German or Russian languages while receiving instructions in Kikuyu or Kalenjin.

Of course in having access to education, one learns.

The reason is that now first world is supporting third world so they can get better.

Currently Africa is increasingly changing to be able to play with other regions in the world.