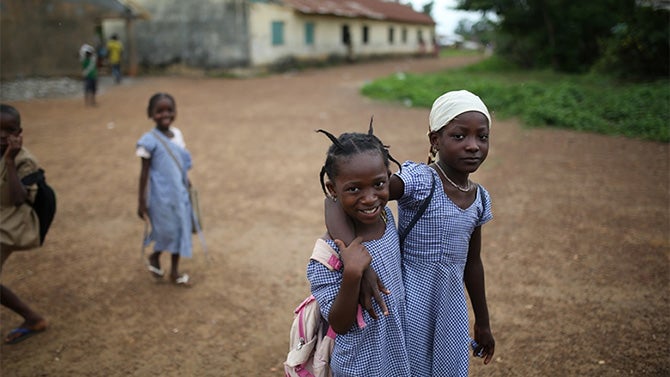 This blog was first published on September 15, 2015 by Alexandre Marc, Chief Specialist for Fragility, Conflict, and Violence at the World Bank and author of the recently published book, “The Challenge of Stability and Security in West Africa. It is being re-posted this week to highlight the book’s launch event in Europe, at the Agence Française de Développement in Paris.

A few months ago, as I was walking through the streets of Bissau, the capital of Guinea Bissau, I reflected on what had happened to this country over the last 20 years. It had gone through a number of coups and a civil war; its economy had barely been diversified; electricity and water access was still a major issue. There was the city of Bissau on one side, where a semblance of services where provided, and the rest of the country on the other.

At the same time there was an incredible feeling of hope and a sense that a page was turning, shared by development agencies representatives, leaders of NGOs, community leaders, government officials, taxi drivers, restaurant owners and almost everyone I met.

The presence of the Economic Community of West African States (ECOWAS) was certainly felt. There were standing guards in front of the Presidential palace. The government coalition had never been so open and so wide, taking bold decisions. The price of cashew nuts was up, and donors and NGO agencies were reopening. It was clear that institutional transformation especially in the area of security and justice was very high on the agenda for this country – another sign that West Africa is taking steps to move out of fragility.

The recent political crisis reinforced my feeling that Bissau is moving forward. As is the case in any country with a complicated power sharing system, crises do occur. However, this crisis has so far evolved through constitutional means, which is unprecedented in Bissau’s recent history: The military have not moved in and instead judges have stepped in.

Guinea Bissau is only one example of how the West Africa sub-region has made important strides to become more stable.  In a recently published study The Challenges of Stability and Security in West Africa, we show that among all sub-regions in Africa, West Africa is one of the most resilient to conflict, (the sub region has actually had less casualties from conflicts than any other sub region in Africa) and that it is undergoing some impressive changes that can provide real hope for the future.

At the same time the study reveals that recent forms of adversity are appearing as an increase in drug and human trafficking, piracy, and violent extremism that is very destabilizing. Looking closer, however, these threats are not completely new and they are building on old fragilities and old grievances:  governance problems, fragility of security systems and weak rule of law, significant sub-regional inequalities, competition for land and control of assets, and difficulty in integrating a growing population of youth.

Development policies have a lot to contribute to stability. In environments challenged by insecurity, economic and social policies need to clearly integrate stability and security as one of their objectives. Promoting growth and poverty reduction is obviously very important but this alone does not always promote stability. In fact, growth policies, if not sufficiently equitable and inclusive, can be quite destabilizing. Tradeoffs are needed and building cohesion and improving efficiency of institutions  should be fully integrated in development planning and policy development of these countries.

Here are six areas identified in the study that are particularly critical for stability in West Africa:

One strong factor of resilience in West Africa has been the strength of its regional organization and in particular of ECOWAS in addressing conflicts. According to the study, regional policies and in particular the role of ECOWAS was one of the reasons why progress has been achieved on stability and certainly explains in part the differences with other sub-regions on the continent. Strengthening regional mechanisms of conflict resolution and supporting ECOWAS is certainly a central contribution that development organizations can make for the stability of West Africa.

If you are interested in development, visit the ideas for development blog which is coordinated by the Agence Française de Développement
​ Chief Specialist for Fragility, Conflict and Violence of the World Bank