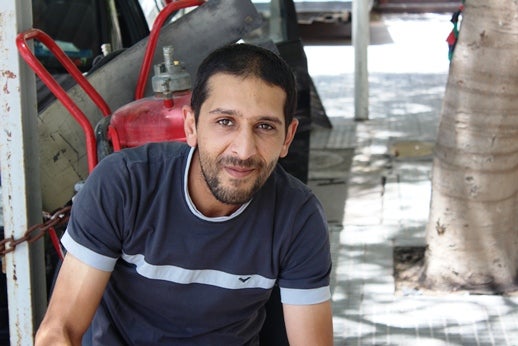 At the heart of the upheavals that swept across the Middle East region during the Arab Spring was the call for more transparent, fair and accountable government. In the aftermath of the uprisings, specialists are left to address the issue of transition to democratic rule. In doing so, they have to answer the following questions: how can we systemize the culture of accountability and democratic governance?

The answer lies in the inclusion of citizens and civil society in monitoring public representatives. Building the capacity of citizens in the oversight of public service providers might be the key to sustaining the advances made through the pressure of street protests. While economic and political reform has traditionally been state-centered, successful governance calls for deeper involvement by citizens and local councils through direct engagement with elected officials to push for the transparent provision of public services.[ii]

Poll
In the Arab world, one area where accountability could prove particularly useful is the reform of subsidies. The World Bank has recently released a report recommending that the subsidies system be reformed in Arab countries, as these systems tend to be socially regressive and not cost-effective.[iii]

The energy subsidies common to the region represent an average 4.5% of Gross Domestic Product but benefit higher income households most, while only 0.8% of GDP goes toward non-subsidized social assistance programs,[iv] thus depriving the most destitute of a lifeline, especially children and rural residents.

While most governments would consider their food subsidies too politically sensitive to cut, gradual reform to energy subsidies, accompanied by measures mitigating their impact for the most vulnerable, might be realistic.

In the past, governments had a monopoly of cutting subsidies, and tended to antagonize the large sectors of society that had grown dependent on them. As a result, cuts were not accompanied by any compensation to help the poorest cope.[v]

Subsidies still constitute a crucial safety net for many households across the Arab world. A recent World Bank-Gallup opinion poll found, however, that most individuals surveyed in Egypt, Jordan, Lebanon, and Tunisia, believed that social assistance programs should “mainly target the poor … by providing direct cash transfers”, rather benefiting than entire populations.

This paradox between, on the one hand, entrenched resistance to reforming subsidies by governments, and on the other, manifest popular will to make social assistance programs help the poor more, may be explained by the lack of trust and poor communication between policy-makers and citizens.[vi] This could possibly be bridged by more citizen involvement in social assistance programming. 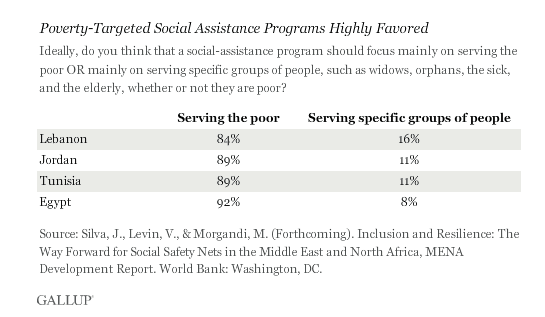 What this poll suggests is an opportunity to invite people to take a more active part in decision-making concerning poverty alleviation programs in their countries. By getting people’s input on subsidy reforms, a social monitoring program—either citizen-led or citizen-approved--could diffuse some of the social tensions that usually accompany the government’s removal of subsidies on essential foods and services. It might also help improve the delivery of public services to the most in need and help build a culture of public accountability that could long outlive the reform process.

Citizen input on subsidy reform would be a first step. Public oversight of the government in general, and subsidy reform in particular, could be achieved through: The Middle East region has never been readier for structural, political and economic reform that reflects people’s ambitions for social justice and inclusion. It is time governments included their citizens in supervising the provision of public services and carrying out reforms.

The benefits of effective social watchdogs would be many: they could improve the delivery of public services to the most in need; create popular confidence in governments; and encourage cooperation between state and civil society actors to address gaps in public service provision.

In other words, applying social monitoring mechanisms to the field of social assistance programming has the potential to empower Arab citizens from a social, political and economic standpoint.