This is the second in a series of blogs based on the July edition of the Quarterly Economic Brief: Predictions, Perceptions and Economic Reality - Challenges of Seven Middle East and North Africa Countries Described in 14 Charts. 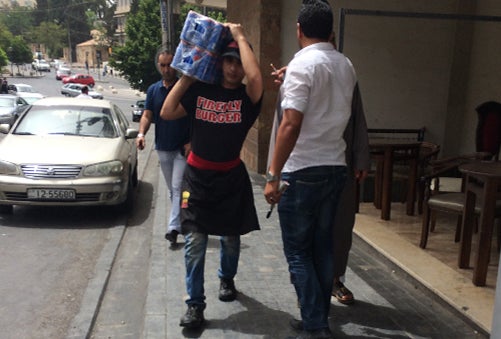 Unemployment rates in Egypt, Iran, Jordan, Lebanon, Libya, Tunisia and Yemen (the MENA 7) have remained stubbornly high, particularly among youth (15–24 years) with an average rate of 22 percent for young males and 39 percent for young females (Chart 1). Some estimates show that the youth unemployment rate is as high as 40 percent in Tunisia and even higher in the inland governorates. The latest official figures put the youth unemployment rate in Iran at 25 percent while unofficial estimates suggest that the real figures are as much as double that rate. Except for Lebanon, the gender gap in unemployment is large: the female youth unemployment rate is almost three times the male youth unemployment rate in Egypt and double in Iran, Jordan and Yemen. Female youth unemployment rates in Egypt remains at 65 percent, Jordan and Yemen at 50 percent and Iran at 40 percent.
Interactive Chart 1. Unemployment levels are high, especially high for women
Learn About Tableau
One of the salient features of unemployment in these countries is that it is higher among the more educated: over 30 percent of those with tertiary education were unemployed in Egypt, Tunisia and Jordan in 2011 and 2012. Among the most educated women, unemployment rates exceed 60 percent in Jordan and 40 percent in Egypt (Chart 2). One reason is that many educated young people are willing to wait for jobs in the public sector to open up. Public sector jobs are attractive since they offer high salaries, job security, and good benefits. A Gallup survey in 2011 showed that more than half of the unemployed young people in Egypt, Tunisia and Jordan were seeking a government jobs; only 10 percent were looking for a private sector job. Public sector employment constitutes a large share of total formal employment. More than 70 percent of non-agricultural employment in Egypt and Libya and 40 percent in Yemen, Jordan and Iran in the 2000s were in the public sector.
Interactive Chart 2. Unemployment is highest among the more educated
Learn About Tableau
And they constantly look for public sector jobs that are scarce and out of reach (Chart 3) The overwhelming majority of people think that Wasta (Arabic for connection and favoritism) is necessary for getting a public sector job. A 2000 survey in Jordan revealed that 86 percent agreed that Wasta is a form of corruption and 87 percent thought it should be eliminated. At the same time, 90 percent said they expected to use Wasta at least “sometime” in the future and 42 percent thought their need for it was likely to increase, while only 13 percent thought their need would decrease. In a recent survey by Gallup, 36 percent of Tunisian youth believed that corruption is widespread in government while 83 percent believed that knowing people in high positions is critical to getting a job.
Interactive Chart 3. Youth prefer public sector jobs to private sector jobs
Learn About Tableau
Hence, most of them get engaged  in the informal sector and their jobs provide no security. Informal sectors are large and have been expanding in all of these seven countries in the Middle East and North Africa region. They consist of small firms that are disconnected from the formal sector and suffer from low productivity because of the nature of the sector which requires less capital, less skilled labor and less investment. Workers in the informal sector lack social security coverage and medical insurance and have fewer possibilities to participate in formal education and training programs. These are vulnerable people that most likely live near the poverty line and are significantly exposed to exogenous shocks. The International Monetary Fund estimates that informality rates across these countries range from 17 percent in Jordan to 35 percent in Tunisia.
Countries
Ecuador
Iran
Jordan
Lebanon
Libya
Tunisia
Yemen
Regions
Middle East and North Africa Thank you for this important contribution to the Youth Unemployment puzzle in the MENA region.
Our team just completed a new youth policy report for Tunisia and we repeatedly came across these issues. What surprised our team is how both Graphs 2 and 3 are often misinterpreted (even by World Bank staff) and can lead to harmful policy recommendations.
Graph 2: From a policy perspective, what matters is not just the unemployment rate, but of course the absolute number. In countries like Morocco and Tunisia, more than 75% of unemployed youth have not completed high school (Lycee), and government programs should arguably be re-targeted towards these disadvantaged youth.
Graph 3: We started to ask ourselves: Does this graph really tell us anything about the preferences of young people for public employment? Or does it tell us something about private sector jobs?
World Bank survey data does not support the Gallup findings. For example among Tunisia's working youth (age 15-29), only 6.8% (rural) and 12.4% (urban) are employed in the public sector (including all teachers, nurses, doctors, and other public sector jobs). Overall, we see that the young generation is disillusioned by the available public sector jobs.
The private sector in most MENA countries is highly dis-functional - both in terms of limited job availability (dozens of unemployed per job opening) and in terms of job quality (mostly informal; hardly any contracts providing job security for even 1 year). For university graduates the situation is very dire. Take Tunisia for example: jobs offered to young people are so simple, they don’t even require a high school diploma (82.5% rural; 67% urban). There is almost no productivity in such jobs, and the wages these jobs provide are shockingly low.
Effectively, the private sector has stopped being an option for youth employment. Why? Because it does not provide enough income to make ends meet. And does not offer even basic job security to start a family. In a nutshell, that is problem of youth unemployment in MENA is about.
The World Bank's MENA Youth Team combines quantitative and qualitative analysis, and works across units to make sense of the many puzzles we encounter in our work with clients in the region. A recent example from Morocco can be found here:
Promoting Youth Opportunities and Participation in Morocco
http://microdata.worldbank.org/index.php/catalog/1546

The enduring question is which type of unemployment prevails in MENA countries - frictional-cyclical or structural- the answer of this question in important when we want to model the labor market in those countries (à la Mortensen-Pissarides for example)? As I know that when the country is suffering from a structural unemployment a model that features a matching function it not appropriate instead an over-education model should be developed, isn't it?
thanks for all the information that you shared through the blog