When can international peacebuilding make a difference? Identifying patterns of support that help sustain peace after civil war 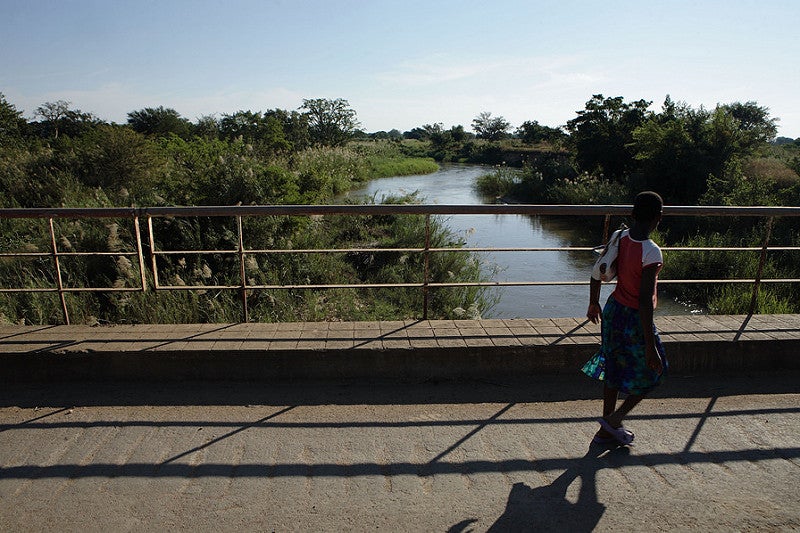 How can countries emerging from civil war be supported on their path toward sustainable peace? Besides the finding that multidimensional peacekeeping reduces the risk of civil war recurrence, little systematic knowledge exists on the effects of international efforts to foster peace. Therefore, debates over priorities, sequencing, and other questions regarding the design of international support in postconflict contexts are far from concluded. At the same time, recurring violence continues to haunt many countries that have experienced civil war.

Against this background, this post takes a closer look at external support for post conflict countries. It summarizes findings from the research project, “Supporting Sustainable Peace,” conducted at the German Development Institute/Deutsches Institut für Entwicklungspolitik (DIE) between 2015 and 2017 and funded by the Federal Ministry for Economic Cooperation and Development (BMZ).

Our research analyzed which types and combinations of support were most conducive to sustaining peace in countries emerging from violent conflict. First, we disaggregated international peacebuilding support into five areas: peacekeeping, non-military security, politics and governance, socioeconomic development, and societal conflict transformation. Then we employed configurational analysis (fuzzy-set qualitative comparitive analysis) to identify patterns of support that were associated with sustained peace after civil war. Our analysis covered 36 postconflict episodes after 1990, 20 of which remained peaceful according to data on armed conflict from UCDP/PRIO. For each episode, we took into account international support from OECD-DAC member countries and multilateral organizations that were eligible as for Official Development Assistance (ODA) and combined it with data on peacekeeping troops. In addition, we introduced an indicator for a country’s predisposition to conflict recurrence, based on factors such as characteristics of the previous war and economic indicators.

From the patterns we identified, four findings stand out:

Our analysis clearly demonstrates that international support can make a difference: All countries that did not receive any substantial support across the five areas of engagement experienced civil war recurrence. This comprises a total of 10 cases, both with and without a high predisposition for conflict recurrence, including Chad, Ethiopia, Iraq, and Yemen. Thus, a general lack of attention by the international community, or the provision of merely “negligible support” to a peace process, clearly paves the way for recurrence.
Secondly, our results confirm previous findings that peacekeeping can make a difference. In two cases—Mozambique and Tajikistan—the mere provision of peacekeeping troops was associated with sustained peace (understood here as non-recurrence of violent conflict). However, the analysis also demonstrates that beyond the provision of troops, non-military security support can also play an important role in postconflict contexts: Providing substantial security ODA—which entails activities such as disarmament, demobilization, and reintegration (DDR) and security sector reform (SSR)—represents another robust pathway to sustained peace.
Thirdly, we find one path to peace that does not include any type of security support. Instead, support to politics and governance constitutes an alternative. This path represents the largest share of cases—among them Indonesia, Mozambique, Nicaragua, and Peru—indicating the important role that support to politics and governance can play in postconflict situations. These findings speak to the debate over whether supporting democracy in a postconflict context can help strengthen peace or risks triggering renewed violence. Although democratization might sometimes have conflict-inducing effects, international engagement aimed at building political institutions and democracy can in fact contribute to peace after civil war.
Finally, the analysis reveals that the most difficult cases require comprehensive support. Only one pattern of support, which is characterized by substantial engagement in all five areas, is associated with sustained peace, despite a high predisposition for recurrence. This path indicates that it can be particularly powerful to embed international support to security in broader developmental activities while combining them with efforts to strengthen a country’s political institutions and reconcile its war-torn society.

These results further our understanding regarding the prevention of violent conflict in two important ways. First, they clearly demonstrate that international engagement in postconflict contexts can make an important contribution to peace. So far the literature has only been able to systematically demonstrate a positive relationship for peacekeeping troops. Our analysis instead indicates that other types and combinations of international support can also contribute to sustainable peace. Second, our results underline the important role international support to politics and governance can have in promoting peace, calling into question the widely found scepticism toward democracy promotion in postconflict states.