Addressing hunger and poverty in Afghanistan

Hafiza Samadi and her older widowed sister, Firoza Samadi live in a village in Gul Dara district about 20 kilometers north of Kabul City.

When they ran out of their monthly food ration, they did not know where to turn for help. Eventually, their community development council brought food to their home.

Across Afghanistan, Firoza’s story repeats all too often as countless families are stuck in poverty and have to go hungry .

International Poverty Day, which falls today, is yet another call to action to eradicate poverty across the world and help Firoza and millions of others live a better life.

In Afghanistan, ending poverty takes on a particular urgency .

Despite much progress, Afghanistan remains one of the world’s poorest countries, with more than half of its population living under the national poverty line .

In 2018, the country faced an ever more precarious situation as drought and political uncertainty drove economic growth down to a 1.8 percent rate, further eroding living standards. The 2018 drought, which affected 22 of Afghanistan’s 34 provinces, increased hunger, and food insecurity, caused large-scale population displacements and delayed and disrupted agricultural livelihoods .

Hunger was widespread even before the drought. In 2016-17, 13 million Afghans did not meet their basic caloric requirements .

Over the past decade, the rate of food-insecure Afghans[1] rose from 28 percent to 45 percent, and this increase is mirrored in poverty trends. Increasing food insecurity and lack of incomes are closely related, reflecting a wide range of risk factors including water scarcity, climate change, and continued conflict. Caloric deficiency is accompanied by a lack of dietary diversity. Three quarters of calories of poor Afghans come from cereals alone, predominantly from wheat. 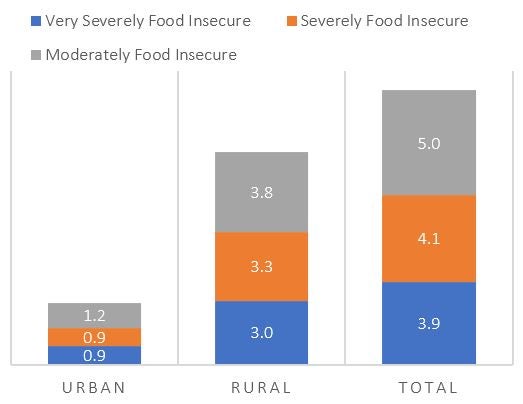 Moreover, households living in hard to reach areas face significantly higher risks of food insecurity. About 12 percent of the Afghan population lives in areas with low accessibility to markets : Over half of these households are calorically deficient, 45 percent are protein deficient, and 60 percent have inadequate dietary diversity.

Afghan households’ heavy reliance on self-production of food also makes them vulnerable to food insecurity risks by reducing their ability to produce food as well as their ability to generate income. Self-production of food is particularly important for households dependent on vulnerable employment such as own-account workers and unpaid family work, and for households whose primary source of livelihoods is farming or livestock. For the latter, one quarter of all food expenditures are sourced from self-production.

More than 65 percent of Afghan households adopted harmful coping strategies in the face of adverse shocks . 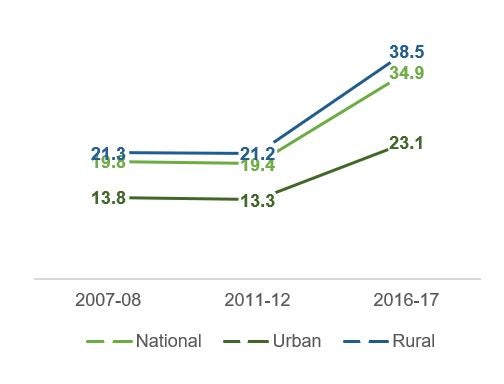 While humanitarian assistance can provide relief in the short term, much more needs to be done to ensure food security in the long run.

To achieve a more sustainable response to hunger in the future, the World Bank has been working with the Government of the Islamic Republic of Afghanistan, humanitarian and development partners to design a prototype that strengthens early warning systems for food insecurity driven by water scarcity and define and identify financing instruments that are connected to early actions that can help sustain livelihoods and build community resilience to drought related shocks.

The activities in Afghanistan focus on steering investment towards anticipatory action and early response and, overtime, reduce the need for humanitarian support during shocks . Overall, this pilot engagement seeks to ensure that resources are channeled to the most effective and well-coordinated interventions and will work with existing systems to build upon and strengthen the good and ongoing efforts in Afghanistan. 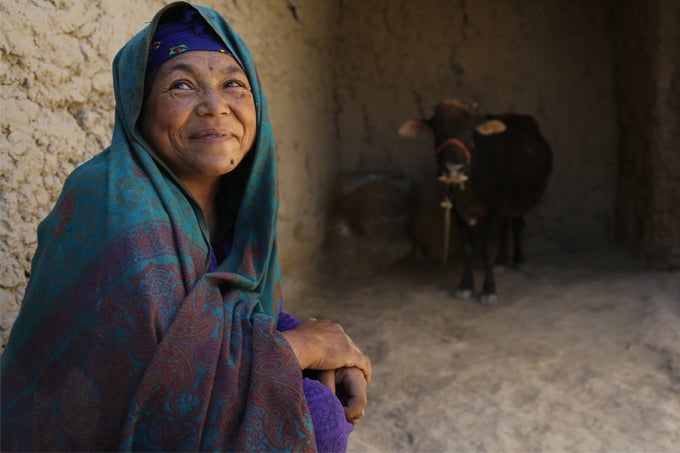 We can see this approach reflected in the Afghan Government's rural development projects that identified food insecurity as a priority and devised effective responses to fix hunger in Afghanistan’s most vulnerable communities.

For example, the Afghan Government’s Citizen's Charter Program has established community grain banks in 4000 villages across 114 districts since 2017 . The initiative aims to alleviate seasonal food insecurity through collective community action in the most vulnerable communities, including internally displaced people, in rural areas.

Despite all the efforts hunger and poverty remain a silent threat to millions of Afghans across the country and tackling this threat requires joint and focused attention of development partners and the government.

Acknowledgment: A big thank you to the Poverty Team working on Afghanistan for the data and trends reported in this blog! The Food Banks mentioned in this article- are they still functioning and are any of them in Hazarajat?