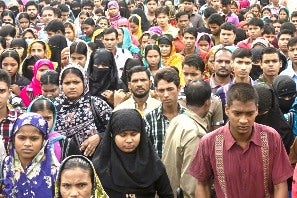 See also: Anniversary of the New Delhi Attack Reminds Us that Tackling Violence is Urgent

December 16, 2012 will in the foreseeable future be remembered as the day in which six men savagely gang raped a 23-year old female student on a bus in New Delhi. The young woman died from her injuries 13 days later. The event shocked the nation and sparked unprecedented uprisings in the Indian capital and across the country. It put the international spotlight on India and reminded us that violence against women remains a leading cause of female mortality worldwide.

Today, on the one-year anniversary of what is simply referred to as the “Delhi Rape”, we are compelled to pause and reflect.  Four men were sentenced to death for the crime in September – did this bring closure? Beyond the protests and public appeals for change, has there been meaningful change in India?

Widespread public outcry in the aftermath of the rape prompted almost immediate response at different levels of Government. Ten days after the rape, an expert committee was established, which just months afterwards resulted in an amendment to the penal code. Arrests later in the year of well-known spiritual leader Asaram Bapu, and respected and influential news editor, Tarun Tejpal on allegations of rape signaled that India’s culture of silence on rape was being broken. Most recently, December elections in Delhi saw politicians campaign on the platform of women’s security – a first for Indian political parties. 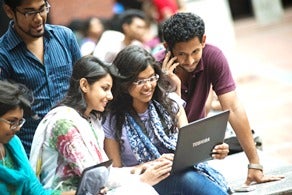 Still, measures such as changes to the law are not the solution, particularly in the face of impunity. Gender violence in India is rooted in social norms and deeply engrained cultural values and practices – including the dowry system, itself illegal – which leads to women’s lower status in society and men’s sense of entitlement and superiority. As the renowned Indian gender expert Ratna Kapur notes:

“The grooming of young men to have a feeling of entitlement by Indian parents breeds a sense of masculinity and male privilege. Son preference simultaneously erodes the possibility of respect for women, as girls are seen as unwanted or burdensome. Such inequalities produce the very hatred against women in the public arena that we are witnessing throughout the country. When women do not cower or display their vulnerability — thereby inviting the protection of the virile Indian male — what follows is a sense of emasculation and aggrievement on the part of these men.”

Stopping gender violence in India thus requires serious collective introspection by all Indians – both men and women – who through parenting and other actions and behaviors, unconsciously produce the very men who perpetuate these egregious crimes.

Here at the World Bank, the Delhi Rape touched many of us at a very personal level.

The case caught the immediate attention of then VP Isabel Guerrero who had been posted to Delhi as India Country Director. Her deep concern spawned an urgent response in the Bank that one-year later has resulted in a regional multi-faceted program in South Asia focused on research, technical support to projects, and a new Innovation Lab that will test interventions on gender violence.

In July, the Bank initiated a comprehensive regional study on Gender Based Violence in South Asia to be presented at the 2014 WB/IFM Spring Meetings. More recently, to mark Elimination of Violence Against Women Day, the region hosted an online chat What is the role of men in ending violence against women? to discuss this oft-overlooked question; it is first of a host of initiatives planned to understand what prompts men to commit acts of violence.

For the Bank, these are important first steps but they offer us a glimmer of hope that one day the pervasive nature of violence against women will be a thing of the past. Thanks Maria for the reminder. Gender based violence should be talked about often, silence creates room for it to fester and more victims suffer without any help. We should continue to educate the young men and women and teach children their value and importance in society through drama skits, radio and TV programs, music... If the topic is constantly on the table change will come.

This is a very good summary of the problem and what the Bank is doing to understand more about it and how to tackle the same. The excerpt from Ratna Kapur's writings does focus on the core cause of the problem and addressing it requires introspection by each of us....Thanks for this very well written blog piece, Maria....

I believe that the rape and broadly violence among women by strangers -- contrasted with violence by familiar parties -- also has a lot to do with the changing role of women in Indian society. As women are becoming rightfully more independent and empowered especially among the middle class, there is a greater friction with those men who feel this is in contravention of the 'traditional' role and position of women (at home, servile). However, this also means that the problem is complex and needs broad social change. It also puts pressure on our work to empower women economically and socially. It is frustrating to consider this. How does one even begin?

Thanks Maria for the blog piece. The outcry which the fateful event created has prompted in awakening of the victims who have been suffering in silence for years. It is good to see women open up and talk about gender violence against them. The issue can be resolved only if dealt at the grass-root level rightly pointed out by Ratna Kapur