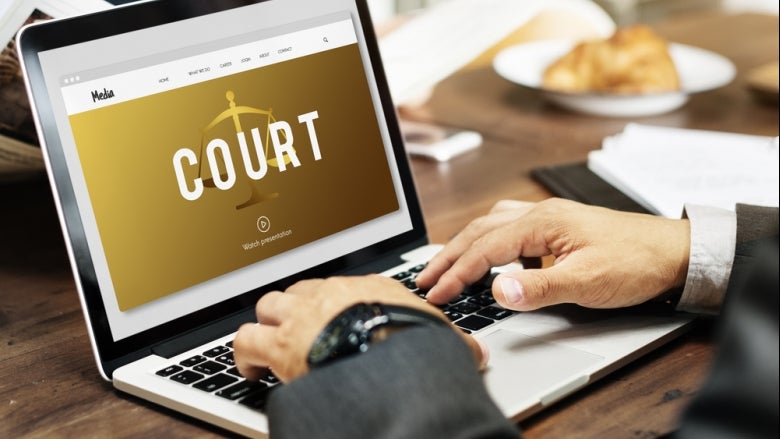 More and more courts are going digital. But does this improve judicial performance?

Legal literature on ‘e-justice’ seems to think so. So too does the World Development Report, ‘Digital Dividends,’ which highlights the potential for ICT to improve the transparency and quality of government service delivery.

As electronic court reporting is one key aspect of this trend, we want to take the opportunity to look at the pros and cons of improving judicial performance in different contexts.

Romania, for example, recently introduced audio recordings in all courts with the help of the World Bank. A recent Implementation Completion Report for the project found that this has helped increase both efficiency and accountability of the Romanian judiciary. The National Judicial Inspection also uses the recordings to verify judges’ behavior and has used them in a range of corruption and misconduct cases. Previously, handwritten notes were kept by clerks but were unreliable for accountability purposes. The recordings are available to trial participants within one day upon request and are also highly valued as a practical tool. Currently, hundreds of recordings are requested every day.

Both audio and A/V recordings are also available in Croatia, but have yet to be fully embedded into daily court practice. Audio recording equipment has been installed in 90 courtrooms. Parties can request recordings, subject to the decision of the presiding judge. A/V recording is more commonly used for criminal hearings and is often used for videoconference depositions of vulnerable witnesses, and by the Supreme Court for public sessions. For other cases, users complain that the transcription process is not fast enough for their needs.

In Asia, Malaysian courts, record proceedings in an audio and video format, making automated transcription possible. Next door, Singapore’s Supreme Court uses digital transcription that makes audio recordings, which then convert to real-time transcripts. These recordings can be synchronized with annotations made by judges during hearings, so the judge can simultaneously play back the hearing and see the corresponding notes. The requesting parties pay the service provider for the transcription services.

In Africa, Kenya is piloting an A/V recording system. Previously, the judge’s handwritten notes formed the only courtroom record, thus Kenyan judges have been known to write copious notes, hampering their capacity to actively engage in the proceedings and observe the parties. Clerks confess to struggling to read the notes, and critics argue that system creates vulnerabilities to corruption.

Some of the potential benefits of e-reporting systems include:

Increasing efficiency: having real-time transcription allows judges and lawyers to see the transcript feed and make notes as it scrolls by, enabling them to review recent testimony and markup transcripts for review - saving time and money for the court, lawyers, and parties. This also allows parties and adjudicators to focus on the proceedings rather than taking notes.

Improving transparency and accountability: e-records can offer comfort to citizens that the proceedings are legitimate and there will be evidence of irregular behavior. Appellate courts can use recordings to review proceedings in lower courts and ensure their procedural integrity, especially in cases that rely on visual or oral cues.

Preventing procedural abuse or corruption: while e-recording can’t stop crime from happening outside of the courtroom (some argue it merely shifts corruption further underground), greater monitoring can have a chilling effect.

Increasing access to justice: court reporting can aid deaf participants during a trial with real-time transcription or audio amplification and improve the quality of translation and interpretation. A/V offers more friendly environments for depositions of vulnerable victims and defendants as they can take place outside the court room.

But e-recording also has its drawbacks.
Thus, not all courts are thrilled with the technology. In the USA, some courts have abandoned their e-systems and have gone back to stenography - arguing that stenographers are faster, more accurate, and cost-effective. Stenographers can also provide something that most recording systems cannot: real-time translation and daily copies of transcripts.

As countries consider how best to automate this aspect of the court process, these different experiences should be weighed carefully. For developing countries, the technological route may make more sense than spending time and money to educate a new corps of stenographers. It can also help to build trust among citizens in the judicial process.

But technology is an enabler and not a solution per se. As judiciaries embrace courtroom technology, it’s imperative to investigate which options work best, offer best value for money, and are most likely to improve the efficiency and quality of justice.
Topics
Governance
Countries
Croatia
Kenya
Malaysia
Romania
Singapore
Regions
Africa
East Asia and Pacific
Europe and Central Asia