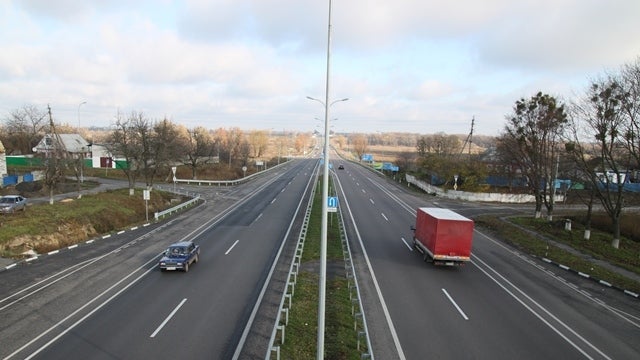 Of the 173 economies surveyed by Women, Business and the Law, about 100 economies restrict non-pregnant and non-nursing women from pursuing the same economic activities as men. These countries include quite a handful of economies of the former Soviet Union, which, despite their largely gender-neutral legal framework, impose legal restrictions such as prohibitions on women working in certain industries and/or working at night.

A large share of these restrictions can be found in transport and logistics-related sectors which, in most countries, provide well-paying and stable employment for many people.

In Russia, for example, women are prohibited from working in 456 specified jobs - ranging from a truck driver carrying agriculture produce to a freight conductor. In the Kyrgyz Republic, up to 400 jobs are forbidden for women, including a driver of a cargo vehicle with a carrying capacity of over 5 tons and a driver of an intercity passenger bus with 14 or more seats.

During Soviet times, it is likely that most of these restrictions were introduced with the intention of protecting women’s health, as the restrictions are found largely in industries that carry potential reproductive health hazards.

However, with improvements in workplace health and safety practices, as well as the automatization of some of these jobs, such restrictions have become obsolete, while their implications for women and for society at large remain significant and discriminatory: they result in gender-based occupational segregation in the labor market and the associated gender pay gaps, as most of the restricted jobs are also in some of the higher paid industries like logistics and supply chain management.

It’s not just women who are negatively impacted. Restrictions also hurt firms, as gender-based barriers to entry reduce the available talent pool that firms can tap into, and damage overall economies. Studies show that less legal discrimination against women is associated with higher female labor participation and that significant macroeconomic gains can be made when women are able to participate more fully in the labor market.

According to the International Monetary Fund, many countries would gain from a 15% to 34% increase in GDP from closing gender gaps in female labor force participation and female entrepreneurship.

As we hoped, the last decade has seen a number of countries abolishing their Soviet-era labor regulations. The most recent case comes from Ukraine, which only last month abolished Order #256 of the Ministry of Health, which had for decades banned women from entering up to 450 professions.

Lifting legal barriers on women’s employment can create a conducive environment for the World Bank (and other development actors) to promote gender equality through its projects in Ukraine, particularly in sectors which had the highest number of bans, such as transportation and logistics.

The Bank is currently supporting Ukraine to formulate its Sustainable Logistics Strategy, with a view to helping the country realize its logistics potential and improve skills and services related to transport and logistics.

One of the most pressing challenges facing the sector is the decline in the availability of skilled workers as the number of professional drivers and workers servicing motor vehicles fell - in part reflecting emigration to higher-paid jobs abroad, and the need to improve the skills of those remaining in the market.

Moreover, as one of the world’s leading exporters of grain, Ukraine is expected to boost exports significantly over the next decade, thus increasing the demand for more employment in the grain logistics sector. In this regard, opening up restricted positions for women has the potential to help the sector better manage its staffing needs by ensuring that it is not missing out on half of its population.

It is of note though that, in addition to legal barriers, there are "soft" barriers that continue to impede women’s access to employment in the sector, including gender stereotypes that influence the study choices of male and female students; the prevalence of a male-dominated working culture; inflexible and unattractive terms and conditions of employment, and workplace health and safety issues.

That said, in order to address gender gaps in employment in the sector, multi-sector interventions are needed. These include working with vocational institutions to encourage female participation in relevant courses and to ensure a defined progression route to employment, whilst in parallel working with logistics companies to improve their respective equal opportunities policies and practices in order to create a conducive environment for women to apply for jobs and, more importantly – to stay in employment.

Currently, about 25% of all people employed in the transport and storage sector are women, and most of them are likely to be concentrated in "feminine" positions such as administration and sales. According to the World Bank’s Enterprise Surveys, only 2.9% of the surveyed firms in the category of machinery and equipment had women in ownership in Ukraine, compared to 97.1% of those owned by men in the same category.

The recent regulatory change is a step in the right direction for Ukraine to address gender-based challenges that hold back the transport and logistics sector and promote gender equality for a more sustainable logistics sector, where sustainability can relate not only to greener and more efficient practices, but to better human resources practices, which amongst others include equal employment opportunities for women and men in the sector.
Topics
Urban Development
Countries
Ukraine
Regions
Europe and Central Asia This is an interesting article. However, it does not say anything on how the lifting of the barriers in fact impacted logistics or transport sector. It only says what is an expected impact ... But the legal barriers may indeed be the least problem. The biggest problem is stereotypes about gender roles: to what extent women are chosing these occupations (and other technical / "male"-dominated occupaitons in general) when chosing their field of study? What are the expectations of their parents regarding the career? And what are the drop-outs from a profession that requires long hours and prolonged absence from home? The article mentions some of it, but insists that legal barriers are a bigger problem; though no impact evaluation is provided ..... I think gender stereotypes, rather than legal barriers, is something where you really need to dig out more. You may be interested in the results of a very detailed study in the IT sector in Ukraine, which explains why there are just 16% of women in IT, while there is not a single legal barrier on female employment: https://dou.ua/lenta/articles/women-work/ (only in Russian unfortunately).

Dear Mariya,
Thank you very much for reading our blog and for your valuable comments as well as the link to the study, which I read with great interest. This blog makes some references to ‘soft’ barriers that women face getting in these male-dominated sectors, albeit briefly. However, this time the main focus of the blog has purposefully been on legal barriers because the country has only recently lifted the legal barriers and we wanted to highlight this great progress in this direction. As you rightly pointed out though, ‘soft’ barriers are often one of the key barriers, if not the most significant, impeding women’s access and retention in these fields of work. As for the importance of lifting the legal barriers to employment, this is the link to an interesting report that describes their impact on individual women who have tried to challenge discriminatory legislation: https://adcmemorial.org/all-jobs4all-women?lang=en
Once again, thanks for your review!