To reinvigorate Europe, we need more integration… of services 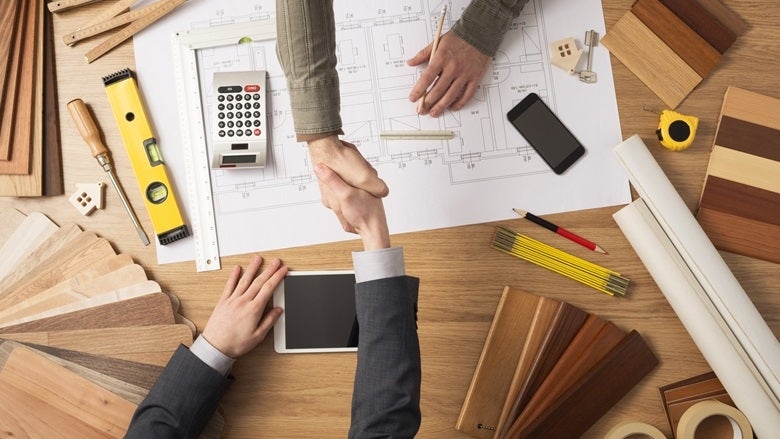 To reinvigorate growth in Europe, European Central Bank President Mario Draghi called for more common projects in the European Union (EU). And he emphasized that these efforts need to meet a set of minimum bars: they should “…focus on those actions that deliver tangible and immediately recognisable results… [they] should complement the actions of governments; they should be clearly linked to people’s immediate concerns; they should unequivocally concern matters of European or global significance.”

But what can meet these high bars set by Mr. Draghi? We would argue that what is needed is a determined and organized effort to better integrate the services provided in Europe. This would build on the now completed free movement of goods – and, if well-executed, it has enormous potential to deliver growth and jobs. And not incidentally, this could help reinvigorate the European project as a whole.

Reflect on this: Consumers in Germany can easily buy French wine and Italian cars; but they cannot employ Italian architects and Polish lawyers with the same ease. Less than two percent of accountants applied to establish an office or to work temporarily across EU borders in 2014. Only three percent of architects worked in other EU member states in 2012. A similar pattern exists in other regulated professions, depriving many Europeans of opportunities: engineers in Italy, Finland, Spain and Portugal struggle to find work, while firms in Germany and Benelux cannot find enough of them.

The benefits of economic integration are undeniable. The creation of the EU has supported the longest period of peace on the western European mainland since the Pax Romana, nearly 2000 years ago. The EU convergence machine has pulled millions of people out of poverty and improved living standards – in old and new EU member states.

Yet, reform fatigue and anxiety are holding sway in Europe. Deep and prolonged recessions in the wake of the global financial crisis and the subsequent slow recovery of jobs have eroded the trust of many EU citizens in the ability of established national and EU-wide institutions to provide stability, protection, and opportunities. Brexit added to this erosion of confidence. Traditional economic indicators, such as unemployment or wages, have become a weak predictor of policy perceptions, making it more difficult to anticipate the political consequences of reforms and adding to a reluctance to take decisive actions.

Services can come to rescue.

Services are a key driver of growth in all advanced economies. Service sector reforms can yield particularly large growth gains in the European Union, where some service regulations are quite restrictive in some member states. If these countries were to reduce their restrictions to the level of the least regulated EU member states, productivity gains would be large. This is not surprising: services sector reforms cannot only improve the performance of service providers but also of all manufacturing firms which use these services.

The overall effect is likely to be even larger for the least well-off in the EU. Service reform would reinvigorate convergence: the RER shows that Central and Southern Europe stand to gain most from these reforms. A deepening of EU integration in services would also encourage innovation and stimulate much-needed investment – at a time when investment is at a historical low. Most importantly, it would offer EU citizens new opportunities.

First, in many EU member states, services regulations are complex and highly decentralized. Second, and related, reforms are often implemented by regulatory bodies or associations, who may have a bias against reforms or even a conflict of interest. Many professions and industries thrive on the rents that regulatory constraints generate – and you and I, as service users, are rarely aware of the costs that these regulations impose on us.

Yet, we believe that this is the exact time when this challenge of creating and implementing a new roadmap for service integration is well worth taking – because hanging in the balance is reinvigorated growth, convergence and opportunities for EU citizens
Topics
Financial Inclusion
Financial Sector
Governance
Digital Development
Trade
Countries
Bulgaria
Croatia
Poland
Romania
Regions
Europe and Central Asia This is very interesting approach. The Services Directive has been a positive step but, indeed we are lagging behind on implementation on the ground.
Also, I would like to point out the fact that is has become easier now to sell services online (i.e. courses, accountants, others) and sometimes there may still be a legal vacuum there, or an impossibility to track the money (invoices? responsibility?).
Finally, as long as there are diverging legislations in various fields, further integration remains difficult.

Yes, indeed digital technology has created significant opportunities for services provides. The internet has allowed new startups in retail trade, finance, transport, logistics, tourism, media, public and advertising. But the EU is not fully capturing the benefits for using digital dividends: Many European firms use digital technologies for simple tasks, such as emails and websites but few European firms use them for more complex tasks, such as cloud computing services or e-invoice systems. Few firms in the EU participate in e-commerce. In fact, in several Southern and Central European States less than 10 percent of firms conducted e-commerce in 2015.  The World Bank will be publishing a new report on “Reaping Digital Dividends: Leveraging the Internet for Development in Europe and Central Asia” beginning of next year. Stay tuned!