From drought to resilience: Africa’s livelihoods in transition 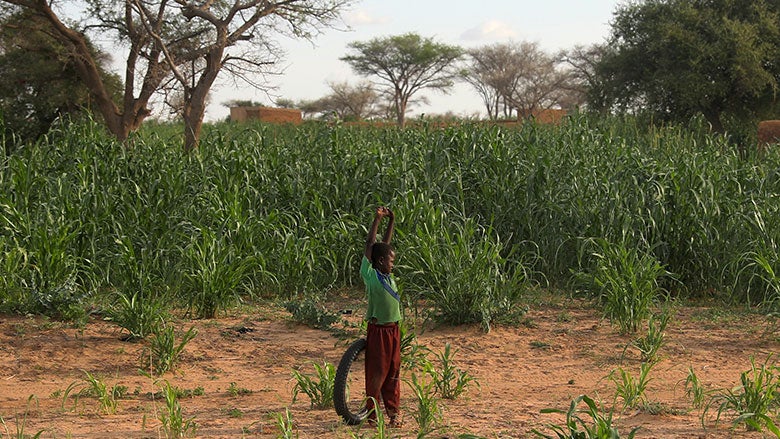 When it does not rain, people starve.

This is the reality for many farmers in the Sahel—and across the globe—and the situation is only becoming more dire due to climate change. Yet, during a recent visit to Garin Madougou, a village in Dokoro, a district in Niger, we saw that lack of rainfall does not have to lead to food insecurity.

Despite the scarcity of rain in rural Niger, we were greeted by cheerful farmers and flourishing farms in the Garin Madougou community. Adamou Dan Ja, a father and retired farmer that we met and followed throughout the two days we were there, took us through cassava fields and rows of millet, covering ground which had been dry, dusty, and infertile just years before.

Two periods of rainfall were all that it took to make the cassava grow, Ja said, and improved millet seed was growing taller on less rain than ever before. Ja told us that he has also become a business owner who is able to hire people outside of his family to tend to his farmland. He also shares cassava cuttings, improved millet seeds, and food with community members.

Goats and chickens wandering throughout the community in numbers spoke of the increased prosperity of a more resilient people. Women and girls pounded millet seed to flour, creating a dull drumbeat in the distance, reminding us of the surplus and security that the sound represented. Food insufficiency is becoming a thing of the past.

Farmers in this rural community are examples of how sustainable livelihoods management systems can help communities build resilience to climate shocks. 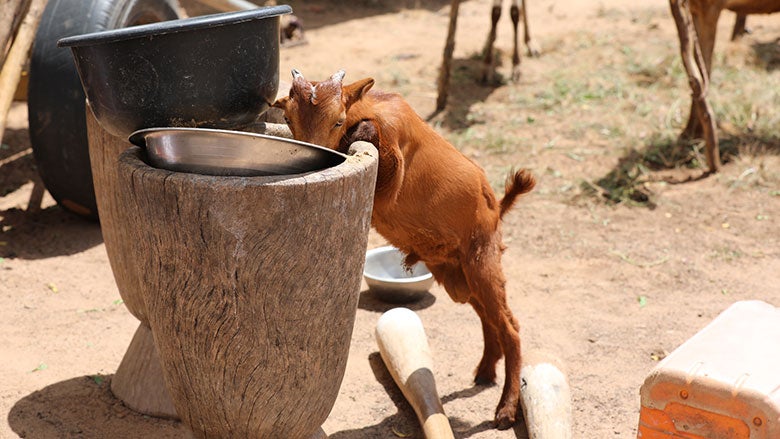 This is what drives the Pilot Program for Climate Resilience (PPCR), which supports farmers in adapting agriculture practices to changing rainfall patterns through the Community Action Project for Climate Resilience (CAPCR). In Niger, the CAPCR provides resilient seeds, and teaches farmers adaptation innovations to better manage water supply for agriculture. As a result, farmers throughout Niger have recorded an increase of about 82.6% of crop yield and 45% of forage yield in the areas of intervention, compared to other sites in similar agro ecological zones.

With $63 million in funding since 2011 from the PPCR under the Climate Investment Funds (CIF) and additional funding of nearly US$9 million approved this year, the benefits of this program extend well beyond the farmers; the Bank’s next challenge will be linking farmers to markets to sell their crops, creating new income opportunities while increasing agribusiness opportunities.

Niger is not the only country where its farmers are benefitting from building resilient agriculture practices. In Zambia, the  $36 million Zambia Strengthening Climate Resilience project provides resources for community members to clear the canals in the Barotse sub-basin of the Zambezi River. The goal is to make the existing traditional canal system more resilient and adaptable to climate change.

With improved water management in the Nalolo district, Saasa Dorcas, and more than 2,000 of her neighbors can see a change. She told us stories about how there used to be floods and stagnant water in years past, making it difficult to grow vegetables, cassava and maize needed to sell and feed her family. Now, the open land has not only improved their crop yields, it has also improved fish yields.

But that’s not all. Part of building resilience includes putting preventative measures in place, to reduce the impact a future drought or flood may bring. PPCR recently funded technology-based interventions such as the Drought Monitoring Tool, and e-Platform on Climate Services for resilient development.

As Niger and Zambia make the transition from drought to resilience, their success with improved water and land management are vivid examples that can help other countries that are vulnerable to climate change become sustainable. Writer and a communications enthusiast