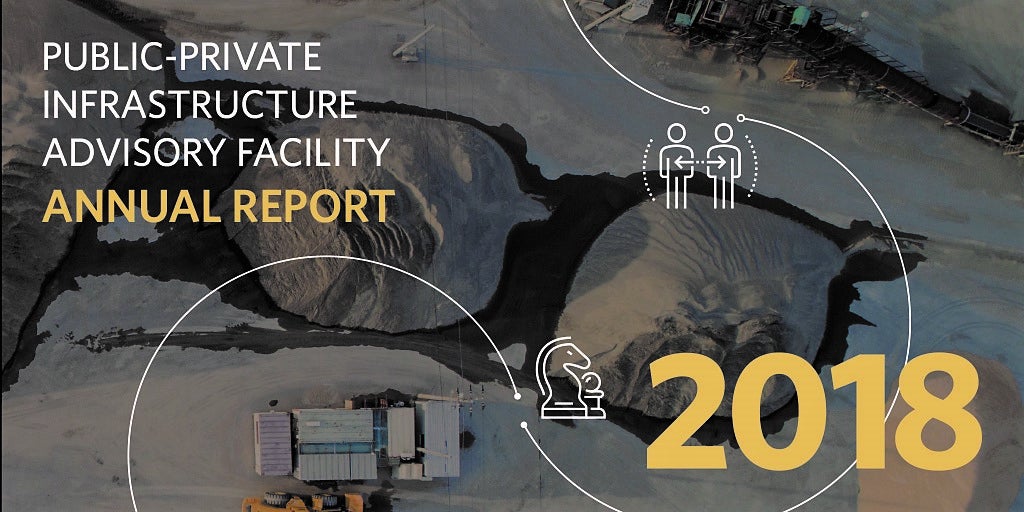 It takes a lot to do a first Public-Private Partnership (PPP) well. In the past 12 months, we witnessed the successful financial close of two landmark PPPs: the Tibar Bay Port PPP—a first for Timor-Leste, one of the youngest countries in the world—and the Kigali Bulk Water project in Rwanda, considered the first water build-operate-transfer project in Sub-Saharan Africa.

To make these projects happen, deal teams, sponsors, and financiers did outstanding work in difficult environments. The Public-Private Infrastructure Advisory Facility (PPIAF) also earned some bragging rights and a share of the battle scars along with these actors.

You see, before Tibar Bay Port or Kigali Bulk Water were even identified as projects, grants from PPIAF were already deployed as the first ‘de-risking’ instruments. We advised governments on their best options for financing infrastructure and catalyzed informed debate. PPIAF strengthened the granting authorities to ensure they had the capacity to manage the process well and that the projects could not only attract private capital but also deliver socially beneficial services to their nation.

PPIAF targets what we call the ‘critical upstream’ of private participation in infrastructure.

Building capacity sounds easy, but it is not straightforward, never quick, and always critical.  In the case of Rwanda, PPIAF was involved since 2014 advising the Ministry of Infrastructure on the fundamental restructuring of the country’s primary water institution, the Water and Sanitation Corporation. This was before any PPPs were even mentioned.

The company, at that time, was failing under the heavy burden of delivering on a wide range of mandates: urban water and sanitation, including household sanitation; rural water supply to hundreds of villages scattered across the districts; and solid waste management.  PPIAF worked with the government on the ring-fencing of urban water and sanitation services, which stood a chance to become financially independent from public funding support. We then worked with improving its operational performance. With government, we advised on tariff reviews and a funding agreement between the ministry, the company, and the new rural water agency.

PPIAF is dedicated to strengthening public institutions and the legal and regulatory frameworks governing infrastructure, so they invite confidence for private investment and ultimately, deliver benefits to society.  We work with sub-national entities to buttress their financial and technical management to become better credit risks.

Making available the kind of funding that PPIAF provides for this type of work is all-important. There is a strong direct correlation between sovereign risk and private participation in infrastructure (PPI) as compared with foreign direct investment overall. PPI volumes increase with freedom from corruption, rule of law, quality of regulations, and third-party oversight. In other words, good governance matters. This is why we have dedicated the 2018 PPIAF Annual Report to the theme of infrastructure governance.

For 19 years, PPIAF has provided technical assistance funding, tools, and knowledge to help governments and our development colleagues build the critical upstream.  While creating the legal, regulatory, and institutional environment required to catalyze private participation in infrastructure projects can often be challenging, laying such a foundation is always necessary.

For more on the work we support we invite you to read our recently released 2018 Annual Report.


Creating markets in Timor-Leste through a landmark port PPP


How PPIAF leveraged $17.1 billion for infrastructure by focusing on the critical upstream