The War is Over. What Do We Do Now? Post-Conflict Recovery of the Private Sector in South Sudan 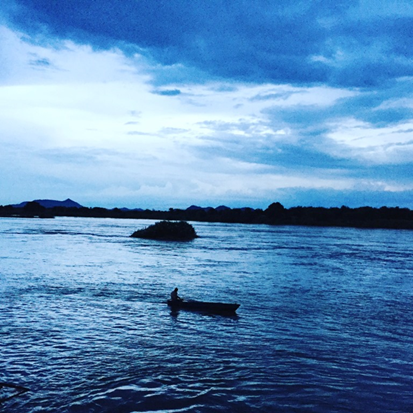 The White Nile in South Sudan. Photo by Steve Utterwulghe.

As I was landing in Juba, the bustling capital of South Sudan, I couldn’t help but reminisce about my days working in Khartoum for the UN Deputy Special Representative of the Secretary General. The war between the North and the South, of what was then, in 2004, still the Sudan, was raging as the peace negotiations were taking place in a plush resort on the shores of Lake Naivasha in Kenya. I was mainly focusing on guaranteeing access to the people of the Nuba Mountains, one of the three fiercely contested areas between Khartoum and the Sudan People’s Liberation Movement/Army (SPLM/SPLA). I was doing my fair share of shuttle diplomacy, going back and forth between the SPLM/SPLA leadership based in Nairobi and the Government of Sudan in Khartoum. At that time, hopes were high that one would soon see the end of decades of a bloody war in Africa’s largest country. The Comprehensive Peace Agreement was finally signed in 2005. In 2011, South Sudanese participated in a referendum and 99 percent voted for independence. South Sudan became the newest country in the world.

But what should have been a new era of peace and prosperity quickly turned into a feeling of dejà vu. Dreams were shattered as a new internal violent conflict broke out in December 2013, putting the progress achieved at significant risk and disrupting economic activities and livelihoods.

The country is very rich in natural resources, including oil, minerals and fertile arable land. However, with 90 percent of its population earning less than US$1 per day, South Sudan is ranked as one of the poorest countries on the planet. South Sudan remains an undeveloped economy facing important challenges, including high unemployment, weak institutions, illiteracy and political instability. The economic overview of the country by the World Bank suggests that “South Sudan is the most oil-dependent country in the world, with oil accounting for almost the totality of exports, and around 60 percent of its gross domestic product.” The conflict has dramatically affected the production of oil, which has fallen by about 20 percent and is now at about 165,000 barrels per day. This, combined with the sharp global drop in oil prices, has greatly affected the fiscal position of the government.

In such an environment, private sector development is a must, since it has the potential to create market-led jobs and growth. However, private sector growth requires a conducive investment climate and an enabling business environment.

South Sudan has made progress in this area, thanks in part to support from the international community, including the World Bank Group. Yet more needs to be done. South Sudan ranks 187th out of the 189 economies in the Doing Business ranking, just ahead of Libya and Eritrea. In addition, among the top constraints reported by firms in the World Bank Group's Enterprise Survey, 68 percent mention political instability and 58 percent cite access to electricity, followed closely by access to land and finance. 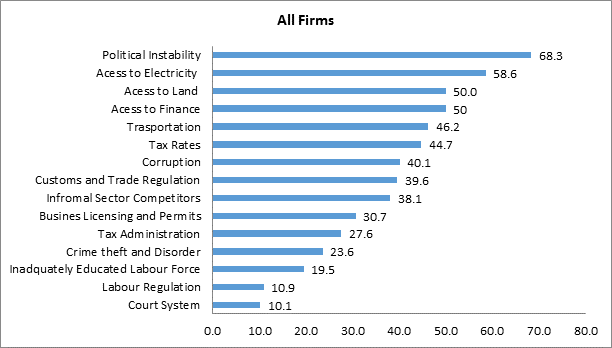 While the recent peace agreement will hopefully ensure more stability and security, efforts to foster an enabling business and regulatory environment need to be stepped up in order to gain tangible peace dividends. A conducive regulatory environment can be qualified as an external driver of private sector growth. A strategic enabler would be Public Private Dialogue (PPD).

One of the legal and institutional foundational measures that have been put in place by the government to help address regulatory obstacles does, indeed, include the formal establishment of the South Sudan Business Forum (SSBF), the national PPD platform. SSBF is managed by a small secretariat that coordinates the activities of five thematic working groups (land and agriculture, tax, SMEs, etc.) involving the private sector and government bodies. Scores of policy documents, recommendations and reforms (for example, the government’s Private Sector Development Strategy, new legislation on enterprises, and a single tax authority) emanate from SSBF’s work. Those efforts culminated in 2013 with the High-Level Business Summit chaired by the Vice President, weeks before the conflict broke out.

Stories abound of the private sector's resilience during the war. SSBF didn’t seem to be affected, either. Working groups kept on going and the Chamber of Commerce, together with the South Sudan Business Union, created the Emergency Response Committee. However, the fiscal situation of the government and the struggling private sector are affecting the sustainability of SSBF.

More than creative thinking on how to support its operation is required. While sustainability is a key ingredient for the success of PPD platforms, whatever their typology, in fragile environments, extra support from the international community may be necessary.

If sound policy, legislation and regulation are prerequisites to enable a more predictable and stable business environment that will increase private sector growth, PPD is the strategic enabler that will improve the design of reforms, prioritize issues, broaden ownership among stakeholders, improve accountability and transparency, and help monitor the reform process.

Most important, in a post-conflict environment, such as the one in South Sudan, PPD will help build an atmosphere of trust. As Dr. Malok Ngor Malok, SSBF’s coordinator, told my colleague Patrick and me, “More than its successful contribution to inclusive policymaking, SSBF’s major achievement so far has been to create a culture of dialogue and trust that can contribute to peacebuilding.”

As I am about to take off, I only hope that this is the last time that I will have to write about peace agreements in South Sudan. 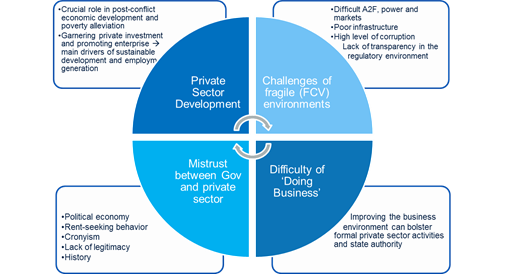