Building more affordable and disaster-resilient housing in Latin America and the Caribbean: a few policy ideas 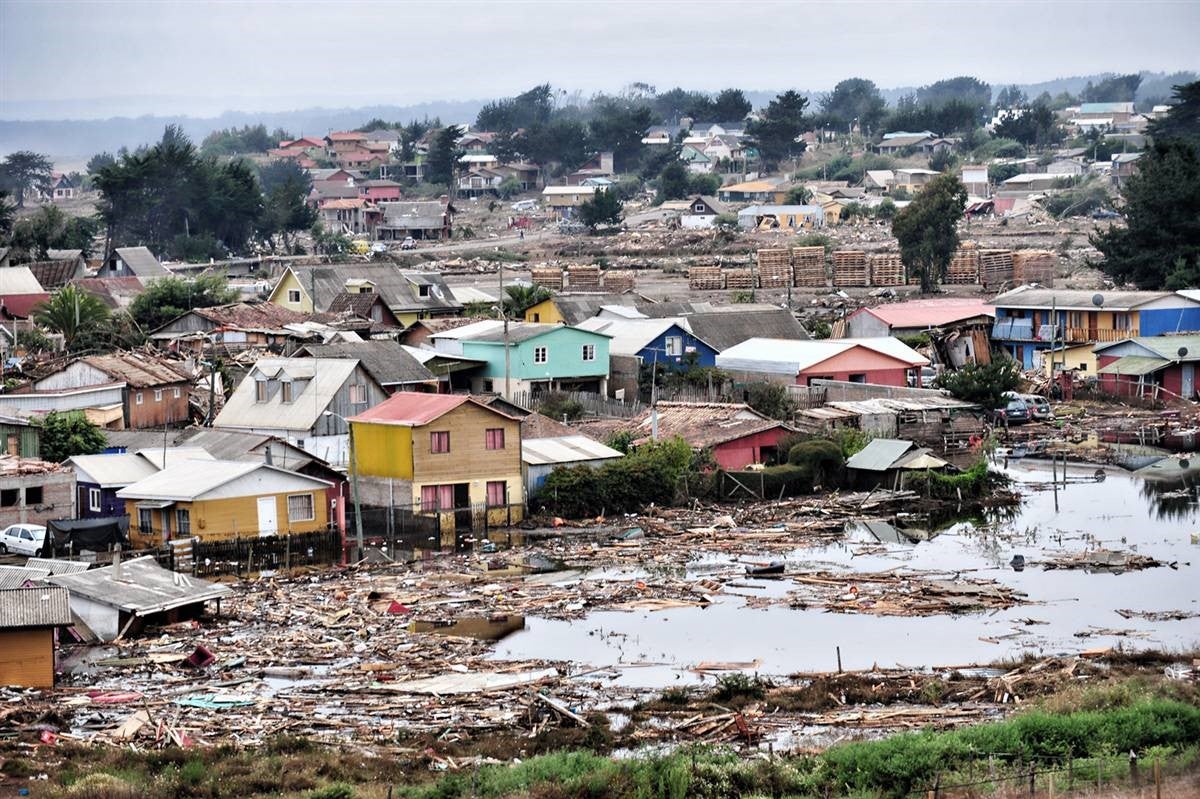 Between 2010 and 2017, Chile was struck by 10 major natural hazard events. These disasters affected as many as 340,583 houses and cost $3.6 billion in reconstruction (Ministry of Housing and Urbanism of Chile). Post-disaster assessments point to housing as one of the most affected sectors in the wake of climate-related and other natural hazards—most commonly floods, earthquakes, landslides, and fires. In a 22-year period between 1990 and 2011, minimum losses in the housing sector for 16 countries in Latin America and the Caribbean (LAC) amounted to $53 billion. 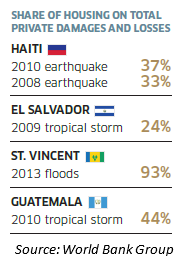 In the LAC region, one quarter of the population lives in slums, characterized by the prevalence of substandard housing quality as well as incremental and self-construction of homes. Families living in these informal settlements are at greatest risk to natural hazard impacts.  Programs providing new housing do not always reach families in the lowest quintiles; and without access to affordable and well-located housing alternatives, households have no other option than to build informally, and in areas most prone to natural disasters.

Traditionally, housing policies and programs in LAC have promoted new housing construction and upfront subsidies for new home purchases by low-income families. While significant strides have been made to tackle the quantitative housing shortage, efforts to reduce the qualitative housing deficit have not reached the same scale and momentum. For instance, in Colombia, only 15% of the housing subsidy portfolio has targeted home improvements since 2003.

How can Latin American and Caribbean countries and cities make housing more affordable and resilient to natural disasters , especially for the poor? To address this issue, the World Bank Group organized a discussion on “Improving Housing Policies to Increase Affordability and Mitigate Climate and Disaster Risks” in Washington D.C. on March 22-23. The event gathered housing authorities from 14 countries, including Argentina, Belize, Chile, Colombia, Dominica, Guatemala, Grenada, Honduras, Jamaica, Mexico, Paraguay, Peru, Saint Lucia, and the United States, as well as international experts from academia, the private sector, and NGOs.

Following two days of lively discussions, important opportunities for policymakers in the region were identified. These include:

More blog posts
The World Bank-GFDRR report “Investing in Urban Resilience” recommends that municipal governments create a local policy environment that encourages resilience. For LAC, making housing more affordable and resilient is one big step in the direction of improving urban resilience in the region. This also contributes to the global push by the World Bank and other development partners to integrate disaster risk management into slum upgrading and efforts to make housing affordable for all.

How has your city, country or region improved housing policies to benefit the poor and increase resilience against natural hazards?  Let us know by posting a comment.

The 2017 Meeting of the LAC Housing Working Group was organized by the Social, Urban, Rural, and Resilience Global Practice, and sponsored by the Global Facility for Disaster Reduction and Recovery (GFDRR). I need full text of this very good paper.