Over a year ago, national and city leaders from around the world gathered at the Habitat III conference in Quito to endorse the New Urban Agenda, which sets a new global standard for sustainable urban development and guides global efforts to achieve the Sustainable Development Goals in the era of climate change.

In just three weeks, early February 2018, representatives of the world’s countries and cities will convene again to discuss “Cities 2030, Cities for All: Implementing the New Urban Agenda” at the world’s premier conference on cities – the Ninth Session of the World Urban Forum (WUF9) in Kuala Lumpur, co-hosted by UN-Habitat and the government of Malaysia.

Stay connected to receive updates from the World Bank at the World Urban Forum:

As the world’s largest financier on urban development, the World Bank will focus on three issues at the World Urban Forum that are essential for implementing the New Urban Agenda toward the Sustainable Development Goals:

We know that $4.5 – $5.4 trillion is needed to finance the global urban infrastructure gap. Only 3% of this amount is available through official development assistance.  This means that we must find new ways to help cities scale up their action in terms of financing their urban infrastructure needs.  This includes:

Territorial development helps us understand cities not only as individual entities, but also the connectivity between them that allows faster economic growth and links people to better jobs.

It helps governments understand how to undertake new urban development in a way that connects infrastructure with the localities during that process. It also helps cities that are close to each other work together and understand how to improve spatial connectivity for better metropolitan governance and development.

Cities are very vulnerable to climate change.  The concentration of people and the risks they face today to natural disasters, such as floods, droughts, and heatwaves, will increase due to climate change. Today, 1.5 billion people live in flood-prone or landslide-prone areas. By 2030, without major action to boost urban resilience, climate change will push up to 77 million urban residents into poverty.

Cities, because of the concentration of economic growth and population, also have a very critical role in the fight against climate change.  They can take very proactive actions to reduce the greenhouse gas emissions related to their economic development, while adapting to increasing disaster risks. Resilient cities are important for ensuring equitable economic development.

The World Bank’s new City Resilience Program, supported by the Global Facility for Disaster Reduction and Recovery (GFDRR), has been designed with the ambition of enabling cities to scale up their preparation, capital investment planning, and the investments needed to finance urban resilience to help make their populations safer.

To succeed in the fight against climate change and to advance in the implementation of the New Urban Agenda, cities need the support of their national governments and the international community. At the same time, the leadership of mayors is fundamental for building inclusive, resilient, productive, and sustainable cities and communities for all.

We look forward to discussing and advancing the New Urban Agenda with our partners worldwide at the upcoming World Urban Forum! 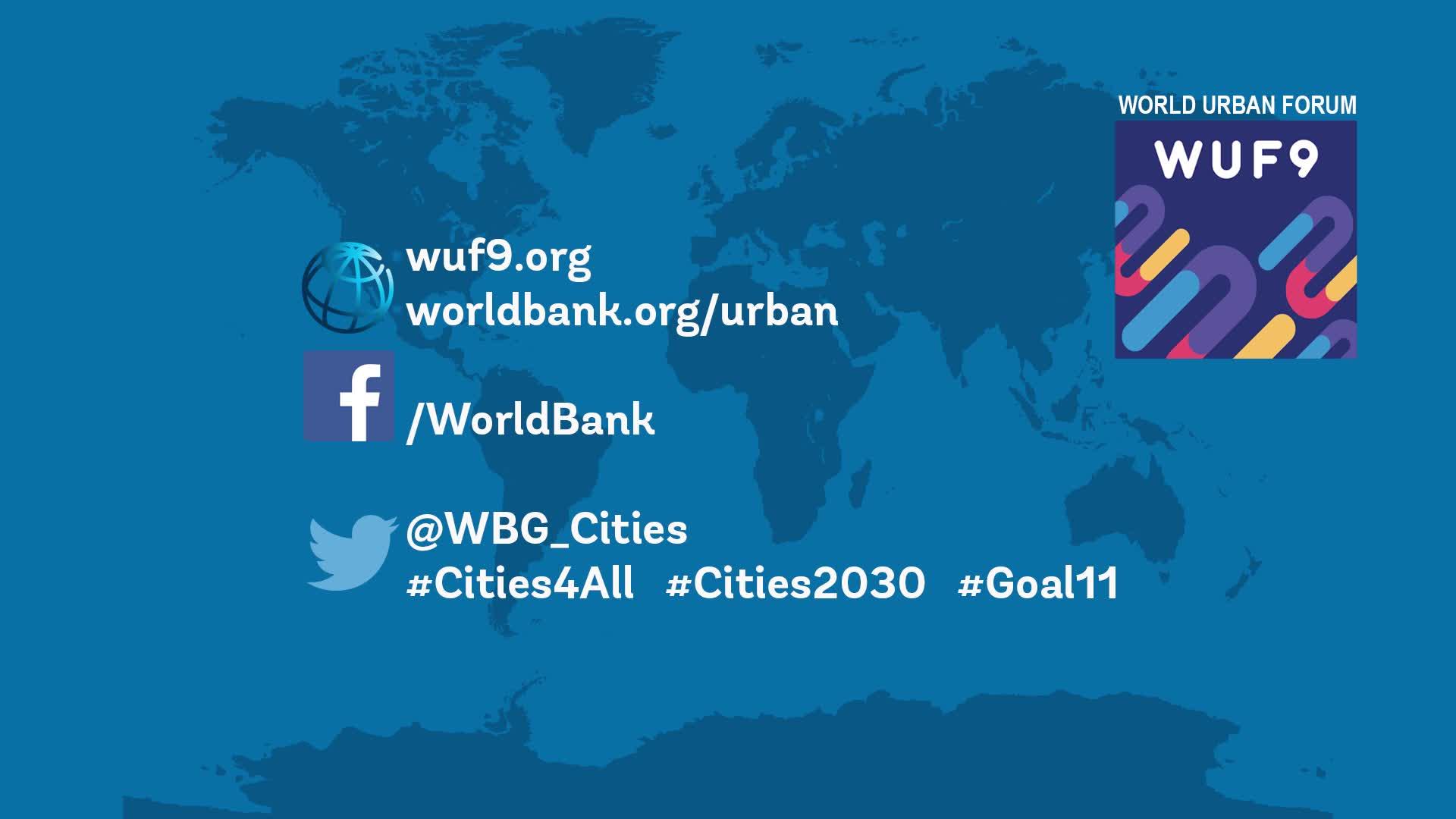 The Group on Earth Observations (GEO) will be there and I’m running a short session on item 3, urban resilience. This will be in collaboration with Resilience Brokers, the Joint Research Centre of the European Commission and UN-Habitat. It’s on 8th Feb at 11am in the Urban Library.

Very imp agenda for urban local government.We also need to study and work on sustainability of urban development and about the solid waste management .I am chief officer ,municipal council,Sooner,dist Nagpur,State Maharashtra