After Watching This, You Will Say “Thanks Mom” 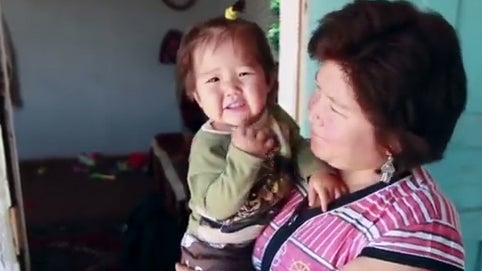 I am lucky. Growing up, I had so many meaningful conversations with my parents -- especially with Mama. One time, I came home from school and she told me firmly to stay away from the computer. Puzzled, I asked her why. She goes, “Your Papa says it has a virus. I don’t want you to get sick.”

After explaining what a computer virus is, we had a good laugh. At the end of it, she just smiled and said “dinner is ready.”

It might have been a hilarious moment (a trump card I would always have in our family reunions) but she was being herself, a great mom. She always puts her children first. And in every circumstance in my life, with the highs and lows, I come to realize that a mother’s love really conquers anything.

As many countries celebrate Mother’s Day this week, we present seven stories featuring mothers doing their best for their families, and individuals who have been inspired by their own moms to achieve their dreams.

Watch how Puja, a girl from India, was able to go to school because of her mother’s determination. Know more about Bernadette who focused her life's work on saving mothers and children in Zimbabwe after losing her mom at an early age.

I have witnessed the joy and overwhelming responsibility of being a parent through family and friends. And while I have sometimes thought that mothers are crazy for taking on this lifetime commitment to their kids, I know that when the time comes, I will be first in line to join the club.

And as for Mama, even though she can say some silly things, I hope to be as wise (and as funny) as her. Take a moment and say ‘thank you’ to your mom for all she has done!

Cheers to all moms around the world!


Share the playlist: 7 Stories That Will Make You Say "Thanks Mom" What a wonderful tribute, both to the author's mom, and to all of the women in these pieces. I enjoyed this post very much!

Hello Mom,
Since you brougth me up from childhood i have learnt how to be a transparent person good person believing that with GOD almigthy in heaven all things are possible.I have never work for anybody or company,I live life as self employed also TRAIN others in thesame path.Thank you GREATLY HAPPY MOTHER'S DAY

Thank you for your comments. Cheers to all moms!