To build a brighter future, invest in women and girls 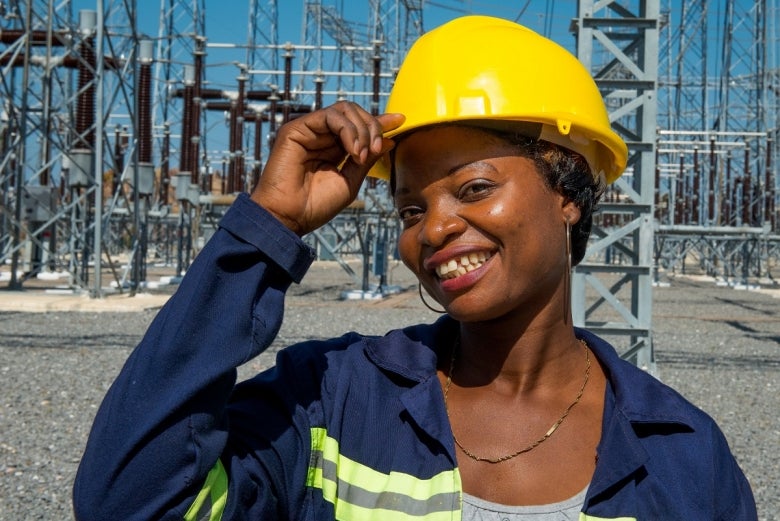 As we mark International Women’s Day 2018, there has never been a more critical time to invest in people, especially in women and girls.

Skills, knowledge, and know-how – collectively called human capital – have become an enormous share of global wealth, bigger than produced capital such as factories or industry, or natural resources.

But human capital wealth is not evenly distributed around the world, and it’s a larger slice of wealth as countries develop. How, then, can developing countries build their human capital and prepare for a more technologically demanding future?

The answer is they must invest much more in the building blocks of human capital – in nutrition, health, education, social protection, and jobs. And the biggest returns will come from educating and nurturing girls, empowering women, and ensuring that social safety nets increase their resilience.

According to UNESCO estimates, 130 million girls between the age of 6 and 17 are out of school, and 15 million girls of primary-school age – half of them in sub-Saharan Africa – will never enter a classroom. Women’s participation in the global labor market is nearly 27 percentage points lower than for men, and women’s labor force participation fell from 52 percent in 1990 to 49 percent in 2016.

What if we could fix this? Fostering women’s labor force participation, business ownership, and improvements in productivity could add billions to the global economy.

There is no question the biggest bang for the buck in development is girls’ education.  In the 1920s, the Ghanaian scholar James Emman Aggrey said, “If you educate a man you simply educate an individual, but if you educate a woman, you educate a whole nation."

A World Bank study found that every year of secondary school education is correlated with an 18 percent increase in a girl’s future earning power. And research shows that educating girls has a multiplier effect. Better-educated women tend to be healthier, participate more in the formal labor market, earn more, give birth to fewer children, marry at a later age, and provide better health care and education to their children.

In April 2016, I announced we would invest $2.5 billion over five years through education projects that directly benefit adolescent girls. I’m excited to report that demand for this financing has been so strong that we’ve surpassed this commitment by investing $3.2 billion over the past two years—three years ahead of schedule.

The World Bank Group and the Global Financing Facility (GFF) also are investing heavily in adolescent girls’ health. The GFF, a multi-stakeholder partnership hosted by the Bank, is helping countries tackle the worst health and nutrition issues affecting women, children and adolescents. Through the GFF’s innovative approach to financing, countries are increasing investment in the health of their people, which is saving and improving lives and increasing countries’ ability to thrive in the global economy.

For example, in Bangladesh, the GFF is working across sectors to stem early marriage and early pregnancies, reduce maternal and neonatal deaths, and improve adolescent health and well-being. The country is reducing dropouts among female and disadvantaged students, including sexual and reproductive health and rights and gender equity in curricula; and providing adolescent health services, including to girl students.

Together these interventions will help keep girls in school, delay the age of marriage, and postpone the timing of their first birth to increase the chances of survival for both mother and child.

Only 30 percent of formal small and medium enterprises around the world are owned and run by women, and lack of access to finance is a major reason. We estimate there is a $300 billion annual credit deficit for these women-owned businesses.

With more than $340 million in funding from 13 governments, the new Women Entrepreneurs Finance Initiative aims to mobilize more than $1 billion to help women start and grow their businesses, with increased access to finance, markets, and networks.  We-Fi will soon allocate its first round of financing.

Digital technology can also help women cut across other hurdles, such as cultural barriers, to open a bank account in their name and narrow the 7 percent gender gap in bank account ownership documented by the Global Findex database.

In China, our private sector-focused arm, IFC, partnered with Ant Financial, an affiliate of China’s Alibaba Group, to use Internet-based financing to expand lending to more Chinese micro and small enterprises and women-owned businesses.

Data and evidence are crucial for decision-making.  One of our major flagships, Women, Business and the Law, identifies laws that hold women back. The most recent edition found that 100 of 173 countries limit the kind of work women can do.  In 18 economies, women cannot get jobs without the consent of their husbands. There are also significant gaps in average wages of salaried women and men in both the formal and informal sectors.

A recent study found that close to 1.4 billion women lack legal protection against economic abuse such as intimidation and coercion.  At the same time, more than one-in-three countries lack laws to protect against sexual violence at home at the hand of an intimate partner or family member.

The Tackling Childcare report draws on 10 case studies to find that offering childcare led to a substantial reduction in employee turnover; improved the quality of applicants and the speed at which vacancies can be filled; increased productivity through reduced absences, greater focus, and enhanced motivation and commitment; and improved gender diversity and the advancement of women into leadership positions.

We’re committed to helping countries close gender gaps as they look for new drivers of economic growth and build human capital. Aid alone will not be enough to effect real change. Change will come when government leaders and people around the world push for massive investments in people,  and we will use our resources and expertise to make that demand a reality.