It’s Not the How; It’s the Why 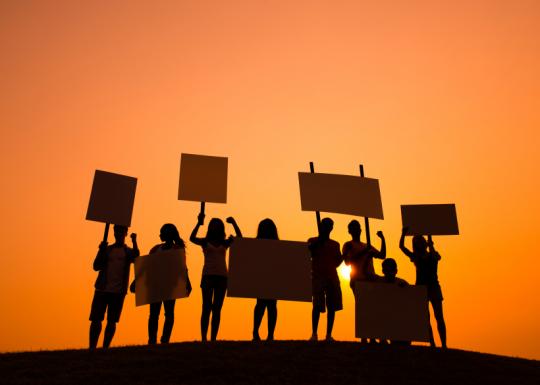 Hardly a week goes by without my hearing the statement, “It’s not the What; it’s the How.”  On the reform of energy subsidies in the Middle East and North Africa, for instance, the discussion is focused not on whether subsidies should be reformed (everyone agrees they should be), but on how the reform should be carried out.  Similar points are made about business regulations,education, agriculture, or health. I confess to having written similar things myself.  And there is no shortage of such proposals on this blog.

Reforms are needed because there is a policy or institutional arrangement in place that has become counterproductive.  But before suggesting how to reform it, we should ask why that policy exists at all, why it has persisted for so long, and why it hasn’t been reformed until now.  For these policies didn’t come about by accident.  Nor have they remained because somebody forgot to change them.  And they are unlikely to be reformed just because a policymaker happens to read a book, article or blog post entitled “How to reform…”

Rather, these distortions (shorthand for “counterproductive policies and institutions”) exist and persist because politically powerful people benefit from them.  In Egypt, politically connected firms are among the most energy-intensive ones, and hence benefit from energy subsidies. In Tunisia, restrictions on foreign investment in certain sectors protected former President Ben Ali’s family firms, enabling them to capture 20 percent of economy wide profits. In India, politicians and bureaucrats tolerate teacher absenteeism in public schools because teachers campaign for local politicians and bribe bureaucrats for transfers.  In many countries in Africa, regulations prohibiting entry into the trucking industry remain on the books (and keep transport prices high) because a family member of the head of state owns the monopoly trucking company.

In this setting, telling governments that they should reform these policies, or even showing them how to reform them, is at best unhelpful.  Yet policy papers and reports invariably have a concluding section called “policy recommendations.”  One of my favorites is the report on sector X that always ends with the recommendation, “Government should spend more on X.”  Have they thought about why government up to now has not spent more on X?  Perhaps it is a political equilibrium.  After all, spending more on X means spending less on something else—which sector do they propose government should cut spending on?

Recognizing that distortions are the result of a political equilibrium also sheds light on the refrain, “One size doesn’t fit all.”  This is often leveled at economists, because the same policy reform (trade liberalization for instance) was tried in different countries with different (and sometimes disastrous) results.  But the economic analysis that showed the benefits of trade liberalization applied in every one of those countries.  The politics, however, were very different, so that in some countries, certain groups were able to undermine the reform while in other countries the beneficiaries managed to sustain it.  Dani Rodrik makes a similar point in his book,One Economics, Many Recipes.

If distortions represent a political equilibrium, what can be done about them?  Are all lists of policy recommendations, including those on this blog, useless?  Of course not.  Most (but sadly not all) policy recommendations derive from some analysis that shows the benefits and costs of the policy change.  This analysis, and its link to policy reform, is extremely valuable—not in telling the policymaker what to do, but in informing the general public, the majority of whom are likely to benefit from the reforms.  The analysis can nourish an evidence-based debate among the public, which increases the chances of a political consensus around the reform.  Only if there is a political consensus—not if he reads it in a report--is a politician likely to adopt the recommendation.  Getting this analysis out to the general public, then, is the main purpose of thisblog.

But we may be able to do more than just inform the public.  We now have a better understanding of how political elites are able to capture public policies to their own benefit.  With this knowledge, can we design policy reforms to minimize the chances that the new policies will not also be captured?  Jim Robinson, who calls this “politician-proof policy”, is skeptical because we don’t understand the incentives facing politicians.  But in the nine years since Jim published his paper, we have gained a better understanding of political incentives, so it may be worth trying.  Suggestions welcome!