Roma Inclusion: An Agenda for Action 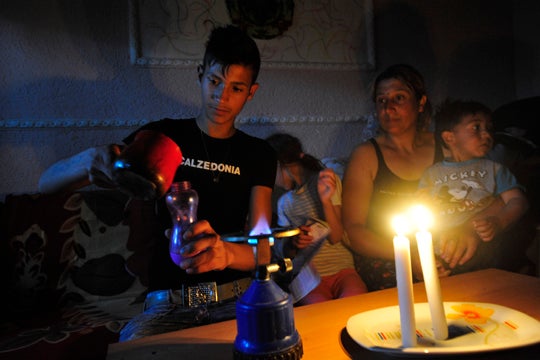 The Roma make up Europe’s largest and poorest ethnic group, with three-quarters of their estimated 10 to 12 million people living in poverty, and fewer than one in three having a job. The Roma are also much younger than the general population, with 30 percent under age 15-which can be a real boon, considering the latest demographic trends. But a Roma child’s chance at a good life starts to decrease very early.

A recent regional study that focused on Roma and non-Roma in nearby communities from five Eastern European countries finds between 28 and 45 percent of Roma children attend preschool in four of the five study countries. However, the Roma preschool rate jumps to 76 percent in Hungary, where targeted policies have been in place; and this is about the average for non-Roma preschool rates across the five countries. Hungary’s experience offers promise because surveys show that preschool matters greatly to completing secondary school and staying off social assistance.

The World Bank’s new report, Inclusion Matters: The Foundation for Shared Prosperity, sets out a strategic policy framework for designing interventions to narrow gaps facing disadvantaged social groups. The proposed strategies-culled from promising experiences with advancing social inclusion-call for complementary targeted actions to strengthen ability, opportunities, and dignity. The holistic framework offers an achievable agenda that resonates well with the many constraints facing groups like the Roma and their children.

This past May and June, focus groups were conducted in eight countries across Eastern Europe on topics of gender, economic mobility, and jobs. A field team visited a Roma settlement in Skopje, the capital of F.Y.R. Macedonia. When asked about how their community had been doing over the past decade, the Skopje focus groups indicated they were stuck or “only getting worse.” “Nobody cares … [not] about the pollution, the sewage, unemployment,” related one Roma woman.

The group of Roma men estimated poverty in their community to be 70 percent, and voiced frustration that half the neighborhood has no electricity, and, “In the 21st century for someone to be without electricity is outrageous.” Extreme material deprivation, discrimination, and disrespect of human dignity appear to go hand in hand. “Our Roma are molested. Wherever you seek help you’re treated as animal,” said a Roma woman. “Our people have such miserable lives. We are only consulted during elections, otherwise it’s as if we don’t exist.”

Yet, it was their struggles with tremendous joblessness that concerned them most. “Ninety percent of our people don’t work. They see our face and we don’t have any kind of rights; there is great discrimination …” declared members of the men’s group.
On the education front, some hopeful news emerged from the young women and men in the study.

“There are possibilities for education, especially with the new law on education, which makes high school education compulsory,” related a young Roma woman.  Others in her focus group agreed: “We do not feel as discriminated as before, and there are benefits especially for us, such as free books. Education gives you status in society.”

In F.Y.R. Macedonia, education policies and targeted measures, such as pre-school programs and material support for secondary school Roma pupils, appear to be a game changer on the ability, opportunity, and dignity fronts. While the policies will likely require time and dedication to implement fully, they are already raising aspirations and giving young people genuine resources to build on. I am shocked to know about the living conditions of the Roma community, especially in East European countries.