Why Have FDI Flows to Emerging Europe Remained Stable in Recent Years?

Given the close financial and trade linkages between the EU11 and the rest of Europe, as well as the ongoing double-dip recession in the Euro area, why is the EU11 continuing to attract FDI? 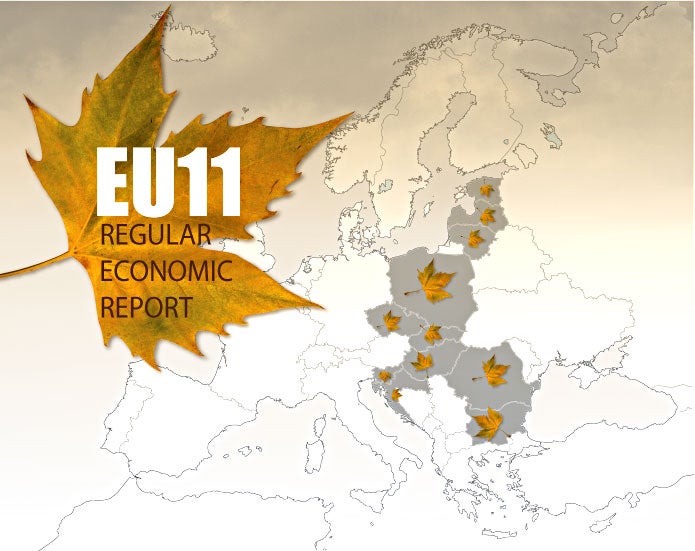 First, the EU11 has consistently outperformed the rest of the EU in terms of economic growth since the start of the crisis. Even in the midst of a recession in the Euro area economic activity in the EU11 still managed to expand by 1 percent in 2012. The 3.5 percent rate of growth experienced by the EU11 in 2011 was twice that of the rest of the EU.

Second, the volatility of financial markets and an uncertain growth outlook have motivated governments across Europe to put their fiscal houses in order. EU11 governments have demonstrated a fairly good record in this respect, helping them boost market confidence. The public debt-to-GDP ratio is less than 50 percent in EU11 (as opposed to the rest of the EU, where it reached over 92 percent at the end of 2012). Similarly, fiscal deficits in the EU11 are smaller than in the rest of the EU. Despite tight budget envelopes, most EU11 governments continue to deliver their ambitious public investment programs. This fiscal prudence is being rewarded by investors, who have become very sensitive to public debt and deficit levels since the crisis began. As a result, in 2012 more than half of the EU11 countries accessed financial markets at their lowest levels ever.

Third, over the last year EU11 economies have demonstrated an ability to diversify and target exports toward growing economies. While the rest of the EU remains a key trading partner for this region, exports in Bulgaria, the Czech Republic, Slovakia, Slovenia, and Poland to non-EU countries (including China, Russia, Turkey, and the U.S.) also picked up significantly in 2012.

Last but not least, continuous improvements in the business environment help attracting investors. Countries in the EU11 have greatly advanced the quality of their business environments – including their intense efforts to align regulations and institutions to the most efficient practices found in the EU as a whole. While all EU11 countries have made huge strides in reforming their regulatory environment for business, it is notable that Estonia is now at the same level of regulatory practice as all of the older EU countries. Additionally, Poland was recognized as the country that improved the most in terms of Doing Business global rankings in 2012.

In the midst of volatile external environment, economic activity is slowing down and the EU 11 will have to work even harder to remain an attractive destination for FDI. Retaining and increasing the flow of FDI to the region, however, will be no small task. In 2012 four of the eleven countries slipped into second recession and the region remains plagued by stubbornly high unemployment – with rates hovering around those recorded in the midst of the crisis-- and long-term and youth unemployment is on the rise. Furthermore, credit growth to the private sector has not recovered to pre-crisis levels and the legacy of non-performing loans still burden a number of EU 11 countries.

In order to address these concerns the EU 11 needs to prioritize reform across the region. For example, product and labor market reforms are pivotal for enhancing the productivity and competitiveness of the EU11. These countries should also focus on reforms which can simplify business regulation even further, strengthen the efficiency of the delivery of public services, and protect minority shareholders against misuse of corporate assets for personal gain. Finally, providing incentives for labor mobility, adapting social security systems to demographic developments, and harmonizing regulations across borders will soften the constraints imposed by aging in the region and produce sizable returns in income convergence with the rest of the EU.

These measures can help ensure that these 11 countries continue to defy the negative economic trends currently affecting their European neighbors.

More information on FDI in the EU 11 can be found in the latest EU 11 Regular Economic Report.

[1] Croatia is an EU forthcoming member, with an expected entry July 2013.