The impact of the Syrian civil war on its neighbours: the trade channel 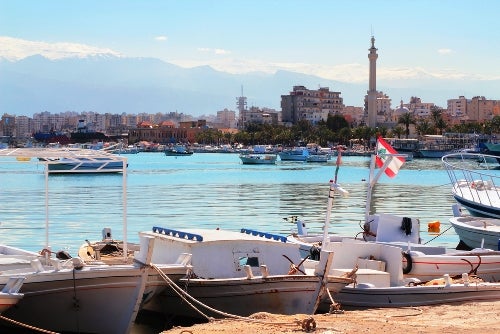 Civil wars are not only a human tragedy for the countries that experience them, but they can also have an impact on neighbouring countries. That is the case also for the devastating civil war in Syria - one of the most violent in recent times. The war has caused devastation and hundreds of thousands deaths, displacing over 6 million people, and forcing another 3 million to flee the country as refugees.

Beyond the human tragedy, the conflict has disrupted the functioning of the economy. It has destroyed infrastructure, prevented children from going to school, closed factories, and deterred investments and trade. The economic effects of the war have also extended beyond the country’s borders.

In a recent report, we explore the effect of one of the main channels through which the Syrian war has transmitted its effects on neighbours. We examine the case of Lebanon—the neighbouring country with the strongest links to Syria.  Syria forms Lebanon’s largest border and is the latter’s main economic conduit to the outside world. Organic, historical, social, and political ties further tighten the relationship between the two countries.

A dissection of the data available up until the second half of 2014 reveals that, so far, the Syrian war has had a mixed impact on Lebanese trade.

We find that the war seems to have affected neither merchandise nor services exports at the aggregate level. At the same time merchandise imports have been stable through the crisis. This is probably the result of increased demand due to refugee inflow offset by higher transit costs through Syria and depressed Syrian production. And the data also suggests that Lebanese trade seems to have been less negatively affected by the Syrian war than other neighbouring countries.

An analysis using all custom-level exports transactions (from the World Bank exporters’ dynamics database further substantiates this finding. On average a merchandise exporter to Syria before the war lost US$ 90,000 in exports to Syria by 2012, around a quarter of average pre-crisis exports. While this effect is significant, it is much smaller than the effect for Jordanian exporters, who on average experienced a drop of US$ 340,000, equivalent to three quarters of their average exports to Syria in 2010.

But the Syrian war has also generated opportunities for Lebanese exporters to replace the loss of Syrian production in the Syrian market. Many firms which were not exporting to Syria in 2010 started to do so by 2012. Our results suggest that this replacement effect seems to be large enough to compensate for the negative impact of the war on the pre-crisis exporters to Syria. Again the replacement effect has been much smaller for Jordanian exporters.

The analysis also suggests that the war has impacted particularly Lebanese exporters who use Syria as a transit country, an effect which is not significant for Jordanian exporters, confirming that Syria is not as crucial a transit country for Jordan as it is for Lebanon.

We also present a wealth of other data on domestic services turnover and on foreign investments to provide suggestive evidence that services exports – which are much larger than merchandise exports for Lebanon -seem to have weathered the impacts of the war. The exception has been tourism, which has been negatively affected by the combined effect of increased insecurity and restrictions that several countries – particularly in the Gulf - have placed on travel to Lebanon as a result of the war.
Finally the time-series analyses using monthly data highlights that demand from Syrian refugees in Lebanon has provided a stimulus to the country’s services exports. Our results indicate that a one percent increase in registered refugees boosts exports of services by 1.6 percent after two months.

The trade prospects for Lebanon will crucially depend on a number of factors mainly linked to the Syrian war and to its regional spill overs: domestic security conditions, the evolution of the war in Syria and of the incipient war in Iraq, and the economic and social sustainability of the Syrian refugees.

The report suggests some tentative policy implications, including stepping up the support for affected firms in order to diversify away from Middle Eastern markets; support for workers laid off by firms negatively affected by the conflict (who may in turn increase the risk of internal conflict in Lebanon); assistance with the development of alternative arrangements to overland trade; and the facilitation of a more formal integration of the Syrian refugees into the Lebanese economy.
Topics
Fragility Conflict and Violence
Trade
Lebanon
Syrian Arab Republic
Middle East and North Africa