Mongolia, despite a scattered population, works to make every voice heard 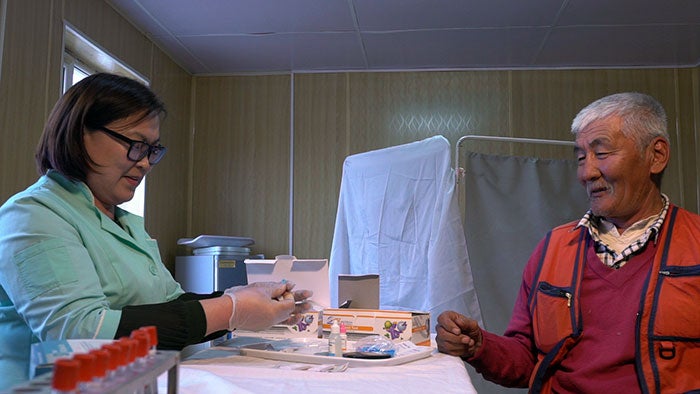 With only 2 people per square kilometer, Mongolia is one of the most sparsely populated countries on earth. While that can make public service delivery daunting, improving health and education outcomes is possible if we include citizens in the decision-making process.

The country is taking steps to ensure this: Its second Open Government Partnership National Action Plan outlines specific measures to improve transparency, public accountability and citizen participation. With the World Bank and the Swiss Agency for Development Cooperation, the government is also working to mainstream social accountability to empower the poor and vulnerable segments of Mongolian society.


The power of citizen feedback

The Mainstreaming Social Accountability in Mongolia (MASAM) Project aims to first build the capacity of civil society and citizens to help them thoughtfully engage in policy decisions, and then to support the development of permanent mechanisms that sustain this – from the publication of data to mechanisms that include citizen feedback in policymaking.

“The project builds on years of innovating and experimenting on social accountability in Mongolia by citizens and government bodies.” said James Anderson, the World Bank Mongolia Country Manager. “Through MASAM, we hope to facilitate concerted action around institutionalizing social accountability at all levels.”

These are just a few small but powerful examples of how government, civil society, and citizens can produce better and more equitable development outcomes when they work together.

The project recently completed an independent evaluation of the local social accountability initiatives.

“This project has increased public awareness of government decisions and provides citizens with more opportunities to collaborate efficiently with government and achieve better outcomes. The government believes that institutionalizing social accountability will secure a sustainable and favorable environment for citizens, civil society, government institutions to collaborate for earning better development results,” said Byambasuren Urgamal, Deputy chief of Cabinet Secretariat of Mongolia.
As the results and the lessons from all provinces are consolidated, policy changes at local and national levels will ensure that joint problem solving becomes the norm, and not the exception. Watch this space as we share more of our progress here.

Have any experiences with social accountability that you’d like to share? Write us a note in the comments section below. Analyst at Monitoring, Evaluation and Internal Auditing Department of Cabinet Secretariat of the Government of Mongolia