What happens if you don’t pay your bill? Lessons from Central and Eastern Europe 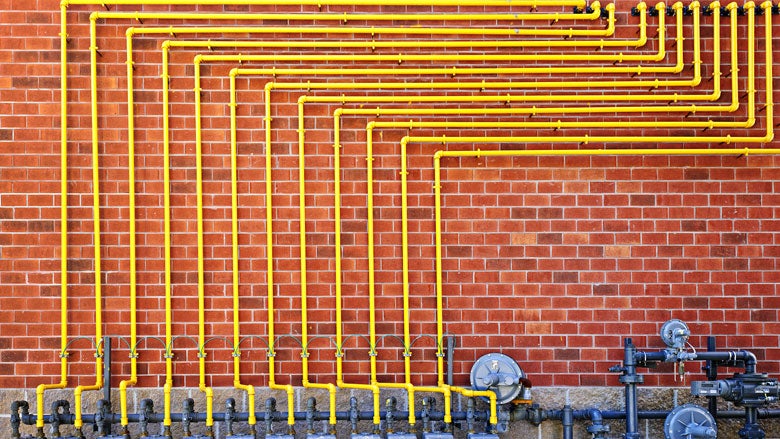 We all have regular bills to pay for the ubiquitous services we consume – whether they be for utilities (water, heating, electricity etc.), credit cards, memberships, or car payments. But, not everyone pays.

Across an economy, these unpaid bills convert into millions of small-value enforcement claims, which are often uncontested. An economy needs a system that deals with this debt quickly, cheaply and fairly.  If the debt collection system fails, it causes a range of systemic problems that gradually choke both the courts and the economy.

In several countries where we work in Europe - primarily in Central, Southern, and Eastern Europe - the courts are clogged with huge numbers of backlogged cases of this kind. Yet, some of their neighbors have managed to solve the problem.

So why don’t people pay? Why are some countries better at this than others?  And what can be done to improve systems for debt collection?

To find the keys to their success and to highlight their lessons for others, the Bank has just launched a new report, Towards Effective Enforcement of Uncontested Monetary Claims:  Lessons from Eastern and Central Europe.

Why don’t people pay (and why does that matter)?

Some say that the problem of unpaid bills is merely symptomatic of poverty – people simply can’t afford to pay. Others are more skeptical, and point to the ubiquitous mobile phone use in the region, including among the poor.  They say the problem of unpaid bills, especially utility bills, is specific to culture and context – in the former socialist countries of Europe, utilities used to be subsidized, or fully provided, by the State, and citizens have merely not formed the ‘habit’ of paying. Some others contend that restrictions on the utility provider’s ability to cut off service encourages non-payment.

The problem of delinquency in paying utility bills tends to compound upon itself. If the debt collection process isn’t managed well, citizens invariably know this and are less likely to pay. A snowball effect emerges: companies take losses; courts become backlogged; and judges and staff waste their time on minor, often futile, cases, while worthy cases remain in the queue. In the end, the justice system, and the entire economy, suffers.

Which countries do it well?

Several countries have created a ‘conveyer belt’ system that processes these cases effectively, efficiently and equitably.

One example is Estonia. All uncontested claims in Estonia are handled by a single court division, the Centre of Payment Orders located in the Pärnu County Court. It employs only 4 assistant judges and 29 other court officers who process requests for enforcing uncontested claims within only about 10 days and at a cost of EUR 45 per claim. Creditors can file applications for pecuniary claims with a value of up to EUR 6,400 and the process is fully electronic. The Centre reviews ~40,000 applications per year.

Similarly, the E-court in Poland, a division of the Lublin-West Regional Court, has jurisdiction over the entire territory of Poland. It employs only 8 judges and 119 court clerks with law degrees. In 2015, the E-Court issued ~2 million writs of execution. Creditors in Poland can file applications for the issuance of orders for payment irrespective of the amount of the claim. The court fee is only 1.25% of the claim value. The process is also fully electronic and takes about 10 days.

Getting the balance right

Countries that do well balance cost-effectiveness with respect for citizen’s rights. They use efficient (often centralized) processes that harness ICT. They have procedures in place for debtors to contest claims, and objections are dealt with individually, quickly and respectfully.  These countries have common sense rules on statutory limitations, as well as incentives to join similar cases - preventing the accumulation of backlogs.

Recognizing that solutions, even from neighboring countries, cannot simply graft to other countries, the report also analyzes reform management, political economy and options for raising awareness and managing change.

The report, Towards Effective Enforcement of Uncontested Monetary Claims:  Lessons from Eastern and Central Europe, outlines a series of options, and some recommendations, for policymakers that are interested in this kind of pragmatic and practical reform.

The report is also available in Serbian, Bulgarian, Croatian, Macedonian, and Albanian. The Report is an interesting comparative paper. It welcomes centralization and digitalization efforts of debt collection systems as the spot-on measures. However, the country that followed that advice to the fullest is almost called an odd-ball in the Report. It continues with preference to outsourcing public authority to private enforcement agents, despite public outcry throughout the region and despite almost non-existing appropriate monitoring of the profession in most jurisdictions. It is very important for the Bank to remain unbiased to different execution models, no matter where the financing for the Report is coming from.

The report analyzes in detail how each country in the EU11 implements its own slightly different enforcement system for uncontested monetary claims.  The report does not endorse any one model.  The two countries highlighted as stand-out performers in the areas of centralization and digitization (along with many aspects) of the first stage of the enforcement procedure are Estonia and Poland.  There, country experts confirm that there has been no public outcry and the system appears to run fast and fair, though each in slightly different ways. The report makes no preference for public or private enforcement agents and stresses the importance of monitoring and supervision.  There were many experts across disciplines and institutions involved in putting together this report - it was financed by the Dutch MFA, developed by a team of Bank and non-Bank country experts in each EU11 country, and underwent the Bank’s formal peer review process.  Thanks again to all those who contributed!

Indeed! I congratulate all in preparing the Report. I have already referenced it in my own work. It is an important contribution to understanding enforcement and reform efforts in the region.
But, that does not mean we are all somehow free of providing and receiving feedback. This is and will hopefully remain an important part of all free communities.
My perception of bias centers on the Report's reform arguments. Basically, it references the number of comparator countries as important. For example, section 19.2 of the Report (paras 128-132) discusses the introduction of private agents as the only reform option without considering public authority as the executor, since most of the comparator countries introduced private agents. Moreover, there is no analytics on the reform results: in my mind these would at least include number and value of writs enforced, and recovery rates (or how much money was actually collected versus the total debt under enforcement), with all these presented over time. Thus, for example, we would be in a position to see that in the comparator country A enforcement system collects 5 cents on a dollar, and in the comparator country B the recovery rate is 17 cents on a dollar. Would not this be a better indicator of which countries moved towards better enforcement? The Report remains silent. Furthermore, in the context of electronic execution of writs, Croatia's model (para 98) is mentioned as unusual: the reader is left to consider what that means - again no data to provide more insight - is that system good or bad for effectiveness of enforcement? Finally, when the list of the Report's comparator countries that moved to "private" execution is cross-checked with the origins of providers of EU's TA and/or twinning projects (data publicly available) in enforcement reforms across the region, an interesting high correlation occurs linking all these with the funding partner. Hence, my perception of bias. Maybe I am wrong, and I hope I am. Ideology should never trump effectiveness in public policy. Again, congratulations on the work done: we now have a basic comparative picture of the enforcement systems in the region. Hope to see the work on these matters deepened and widened, and free of any interference. Keep up the good work!

Thanks for a really useful and clear overview of an important issue which affects many countries outside of Europe.