Urbanization and poverty reduction in Rwanda: How can improved physical and economic connectivity help? 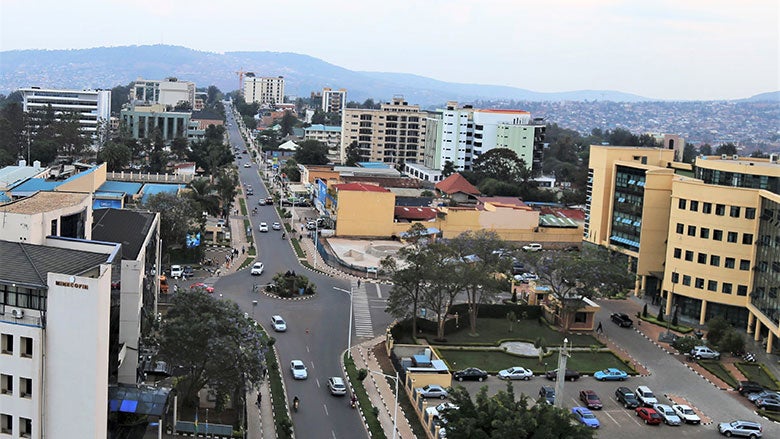 This reduction in Multi-Dimensional Poverty (MDP) was fairly consistent across the country, though graphically it is clear that areas around the capital, Kigali, and lying closer to or on Rwanda’s borders with other countries have experienced the strongest amount of improvement (Figure 1), with some areas bordering Uganda and most areas bordering the Democratic Republic of the Congo (DRC) along Lake Kivu showing the most visible signs of improvement.


Looking at the reduction in MDP across space, our analysis shows that rapid urbanization has been an important driver. Overall, a 10 percent increase in population density (a proxy for urbanization) at the umurenge  or sector level (a small administrative unit) was associated with a 1.2 percent decrease in MDP.


The effect of urban population density on poverty reduction tapers off quickly, however, as one moves away from the city centers. For secondary cities, prioritized as potential poles of growth in Rwanda’s second Economic Development and Poverty Reduction Strategy, the effect all but disappears with distance: Places within 5–10 km of secondary cities do not experience the poverty-effect of density any more (in visual terms, the error bar in Figure 1 crosses the vertical zero line).

This is a missed opportunity for poverty reduction, given that fully one-third of Rwanda’s multi-dimensionally poor live within 20km of one of the six secondary cities.

The findings in the study point towards the importance of connecting urban centers in Rwanda better with their surrounding rural areas, with peri-urban areas playing a critical role in terms of transmitting the benefits of urbanization. Economist in the Poverty and Equity Global Practice

This is great. Thanks!