Structured dialogue, value chain and competitiveness: A journey through implementation, from Copenhagen to Kabul 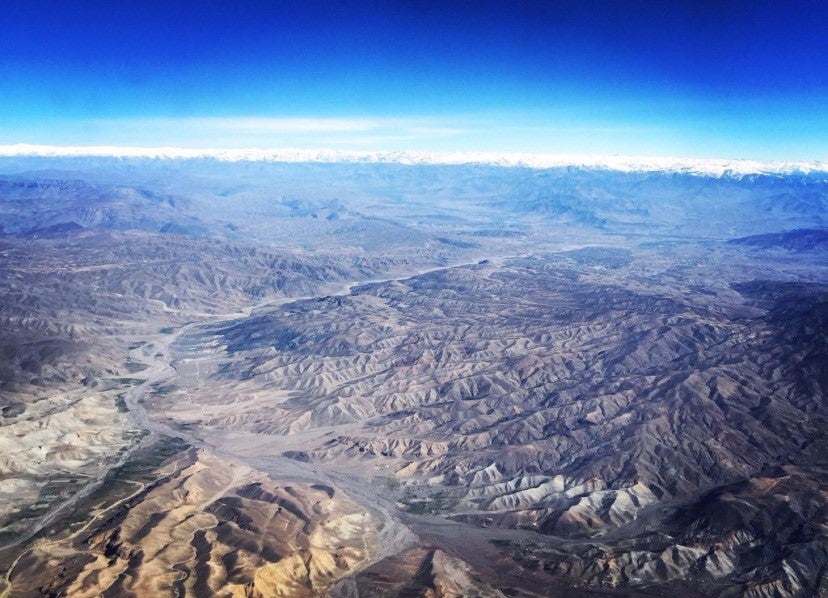 This latest blog post should start with a mea culpa. Indeed, my 2015 work plan for public-private dialogue (PPD) did start in Dushanbe, Tajikistan, not Copenhagen. However, who can swear that he never tweaked a title a tiny bit to make it catchier?

While Dushanbe hosted the very productive First Regional PPD Forum in the “stans,” the 8th Global PPD Workshop took place in March in the Danish capital. There, “more than 300 representatives from governments, private enterprises, PPD coordination units, investors’ councils, competitiveness partnerships, civil society, business organizations, and various development partners participated in the event. They represented 54 countries and a total of 40 PPD initiatives who joined the event to share their experiences and discuss lessons learned.”

High-powered individuals kick-started the Copenhagen event, including HRH Crown Princess Mary of Denmark, who reiterated that, to make a difference in the world, “it will take partnerships across countries, governments, and between public and private sectors.”

Once the keynote speeches had been delivered, the real work began among the delegates and with the PPD experts. I jumped from impromptu coffee break to coffee break and strategized with the Côte d’Ivoire delegation on how to prepare for the National Day of Partnership/Dialogue in Abidjan; discussed ways to better involve the private sector in Morocco; debriefed with the Guinea Minister of Industry, SMEs and Private Sector Promotion on how the PPD structure that we helped put in place is strengthening the local value chain for extractive industries (see below); and moderated an engaging session on public-private dialogue in fragile states and conflict-affected countries (FCS), which provided great insights as I prepared to fly out on PPD missions to Somalia and Afghanistan.

Aside from the buzz of international gatherings, what really matters for the delegates, from both governments and the private sector, is to get inspired and bring back home ideas that can be adapted locally and successfully implemented. Public-private dialogue is an art defined by some fundamental core principles that can be adjusted according to specific needs and environments.

As a reminder, PPD refers to the structured interaction between the public and private sectors to promote the right conditions for private sector development. Its ultimate function is to contribute to a prosperous economy by expanding market opportunities and enabling private initiative. This is also very much the mission of the new World Bank Group Global Practice on Trade & Competitiveness (T&C). Its Senior Director, Anabel Gonzales, wrote in one of her blog posts on Trade and Development in Africa that fostering competitiveness and strengthening supply chains is a key to development and an integral part of T&C’s offering.

As I reflected on the links between structured multi-stakeholder dialogue, competitiveness and supply chains, I remembered a Harvard Business Review article written by Michael Porter and Mark Kramer, entitled Strategy and Society: The Link between Competitive Advantage and Corporate Social Responsibility.

What particularly caught my attention at the time was the theory on interdependence between companies and society that the Harvard professors put forward. They argued that this interdependence takes two forms: the social impact that a company’s activities has on society, or “inside-out linkages,” and the social influences on the company’s competitiveness, or “outside-in linkages.”

There has been a great deal of focus in the last two decades on the value-chain impacts on society (e.g. Nike in Indonesia, the garment industry in Bangladesh, etc.). However, Porter contends that the competitive context has “far greater strategic importance for both companies and societies” (see Figure 1). 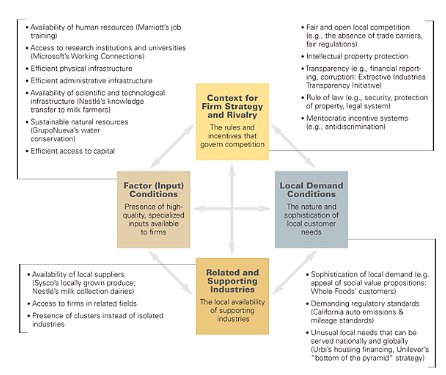 Figure 1: “The determinants of national competitive advantage” from Michael E. Porter,  The Competitive Advantage of Nations, 1990


In Porter’s “diamond framework,” the four main externalities comprising the competitive context will, in one way or another, affect a company’s “underlying drivers of competitiveness.”

The question is: Can the company, or the private sector as a whole, influence the context where it operates?

The answer is: Yes, provided that you have some prerequisites in place. I would argue that in many developing countries or emerging economies, unless you are one the “big players” with direct access to the highest level of government, you would need a “coalition of the willing”: an organized private sector, political will, and a structured and transparent public-private dialogue mechanism that will allow companies to have an impact on their competitive context.

Let’s illustrate this argument with some concrete PPD examples, using the four broad competitiveness factors that Porter uses in his theoretical framework.

1. Rules and incentives that govern competition:

In Afghanistan, T&C’s PPD team is supporting a city-level and issue-specific PPD. The aim is to increase the efficiency and capacity of the Kabul municipality to issue construction permits, and hence to increase applications under a reformed permits system. To do so, a PPD mechanism has been put in place that brings together the Association of Afghan Builders, the Society of Afghan Architects and Engineers, and the Kabul municipality. Once lessons have been learned and success has been achieved in relatively safe Kabul, the PPD mechanism will be rolled out to four other major cities across Afghanistan.

By establishing a streamlined permit process, the Government of Afghanistan also seeks to increase transparency and reduce the discretionary power of officials. Indeed, the private sector identified the construction permit issuance process as closely related to corruption and therefore a key impediment to competitiveness. 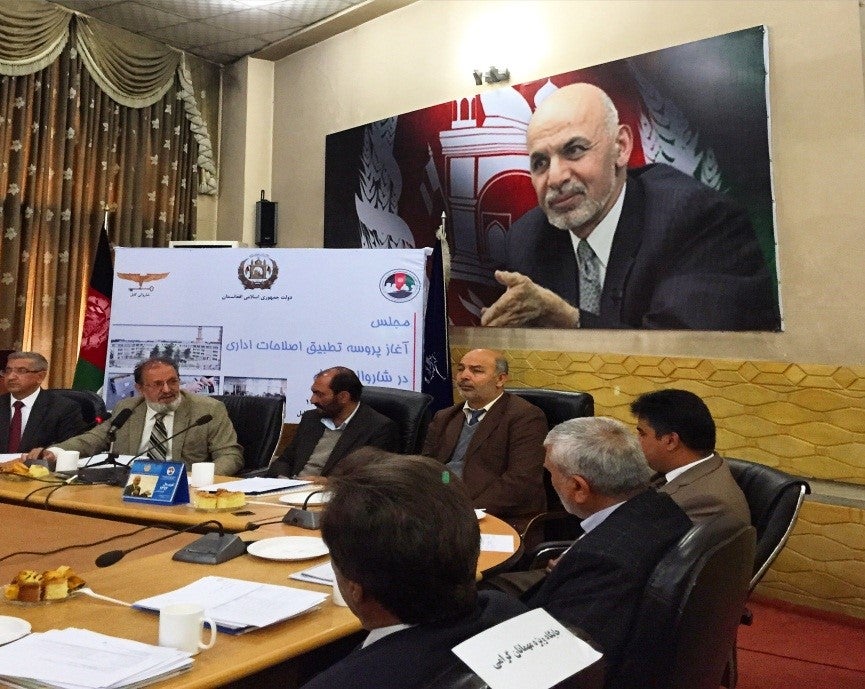 The Mayor of Kabul Municipality (second from left). Photo by Steve Utterwulghe.

In Somalia, people have endured the hardship of war and of a failed state for decades. Notwithstanding the precarious environment, the entrepreneurial spirit of Somalis has created needs for services and fueled the demand and supply sides of service delivery.

Responding to the gap in banking services and access to finance, the Dahabshiil company has tapped into the funds-transfer business. By responding to the nature and sophistication of local customer needs, the company has grown exponentially. In 2008, it acquired a majority stake in Somtel, a Somaliland-based telecommunications firm specializing in mobile internet and mobile phone services. The acquisition provided Dahabshiil with the necessary platform for a subsequent expansion into mobile banking, a growth industry in the regional banking sector.

In Hargeisa, I presented a draft structure for a PPD mechanism to the government and the private sector. It is expected that the stakeholders will develop the dialogue platform organically and will identify and address local private sector needs in ways that will positively affect the competitiveness of firms. In many developing countries, one of the main challenges for major investors is a weak competitive context defined by weak or absent local supporting industries.

Guinea is a post-conflict country looking for sources of inclusive growth. The country is rich in mineral resources, but international extractive companies often need to rely on foreign companies to compensate for the weak domestic supply chain. The country also struggles to put in place a policy framework that could support local SMEs, maximize the benefit of mining investment, and ultimately improve the competitive environment for domestic and foreign investors.

To address these challenges and build trust between the government and the private sector, T&C’s PPD team has helped establish the Guinea Business Forum, a PPD platform designed to advance structured dialogue in the private sector and with the government of Guinea. It will help define and advocate for policy-  and regulatory-related reforms for local content in extractive industries.

4. Quantity and availability of business inputs:

One recurrent negative determinant of national competitive advantage in developing economies is the difficulty of gaining access to credit, a crucial business input. Ivory Coast is no exception. The Doing Business Report of 2015 ranks the country at 131, out of 189 economies, when it comes to the accessibility of credit.

Fortunately, the current government seems serious about reforms and seems willing to engage with the private sector to address bottlenecks that affect the competitive context, such as access to capital. While much work and fine-tuning remains to be done, some of the key prerequisites for a successful PPD are in place: political will, the presence of PPD champions, and an institutional mandate anchored at the highest level of the government (see Figure 2). 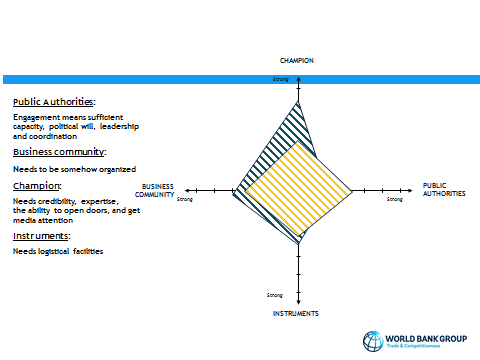 Figure 2: Prerequisites for an effective PPD: the Diamond


But as I suggested a few weeks ago in front of 1700 people at the Journée Nationale du Partneriat in Abidjan, more needs to be done to bring together and organize the different associations of the private sector and to bring the existing PPD structure from an official to a more operational level. That being said, the public and private sectors in Ivory Coast understand the transformative power of structured dialogue and are committed to it in order to foster competitiveness. 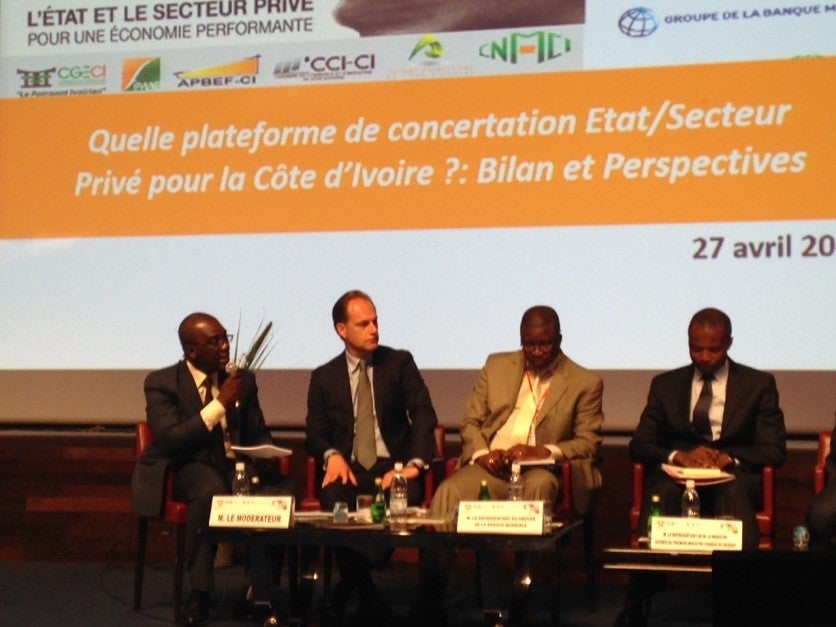 
In summary: The private sector can affect the competitive context in which it operates. The main factors, or outside-in linkages, influencing the level of competitiveness can be leveraged or eliminated, depending on their positive or negative impact. Structured public-private dialogue mechanisms offer the methodology, reform-minded approach, and trust-enabling space to help improve the competitive environment that will benefit the company and the society.

This first quarter of the year has been busy with PPD implementation across the world. As I finish writing this blog post, requests for technical assistance pop up from Madagascar to Georgia. The journey through implementation continues. PPD may not be a panacea, but it clearly seems to be a tool of choice for governments and firms seeking to increase their competitive advantage.

Bravo! A great and important read.

Great way to illustrate link between PPD and enterprise competitiveness! The 'coalition of the willing' must however be continuously supported and nurtured in order to mitigate against capture by special interests and other situations that may undermine PPD effectiveness. Thank you and keep the posts coming!