As we get ready to kick off the new year, let’s recount the voices and stories about how we can enhance the way we interact with our planet. From Ethiopia to Indonesia, we’ve seen our efforts improve lives and help incomes grow as countries and communities strive for greener landscapes, healthier oceans and cleaner air.

Take a look back at some of the most popular stories you may have missed in 2014: Aquaculture is on the rise to help feed a growing population. New #Fish2030 report: http://t.co/0fbH4fLDJO http://t.co/Lm5eHsGZaR


In 2030, nearly two-thirds of the fish we eat will be farm-raised as wild catches level off, according to a World Bank report. This underlines a serious challenge of our time: feeding a growing population without depleting already-strained natural resources. But there are solutions, such as sustainable management of fisheries and aquaculture, and effective trade in fishing services—and the global community agrees that we must put all hands on deck to make them happen.

2. It Takes Villages to Conserve Indonesia’s Precious Coral Reefs
Protecting Indonesia's Coral Reefs
In Indonesia, coastal communities learn how jobs and livelihoods can benefit from conserving ocean habitats. “When the coral reefs are healthy, there will be a lot of fish to catch and our income will increase,” said fisherman Hendriawan. Similar stories from the Brazilian Amazon and the Bangladesh Sundarbans help make a case for more protected areas, which now cover around 15% of the earth’s land and 3% of its oceans. 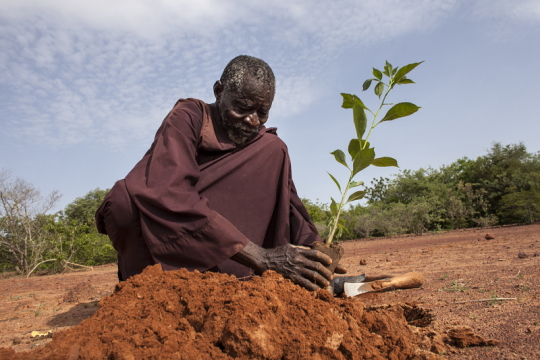 One man’s story of stopping the desert in #BurkinaFaso tells us: Drylands are NOT inevitable http://t.co/lnlV049Ct0 pic.twitter.com/LnYMVIDTy9


Along the $1.1-billion Great Green Wall in Africa, reforesting degraded land in 12 countries can protect the ecosystem, increase food production and boost rural livelihoods—including 30 million farmers in Ethiopia alone. At the recent climate conference in Peru, global influencers made a stand for resilient landscapes, and called for more climate-smart action to manage farms, forests and everything across the landscape.

4. Fighting Wildlife Crime to End Extreme Poverty and Boost Shared Prosperity
Prince William: Wildlife crime recognizes no borders and undermines development.
Prince William spoke out clearly when he said that: environmental crime like poaching and wildlife trafficking is “one of the most insidious forms of corruption and criminalities.” Such acts threaten ecosystems, food security and livelihoods, especially for the world’s poorest. The good news is that leading financiers remain committed to combating wildlife crime, with $300 million invested by the World Bank in forestry, fisheries and wildlife law enforcement. Here’s more about why wildlife matters to us. 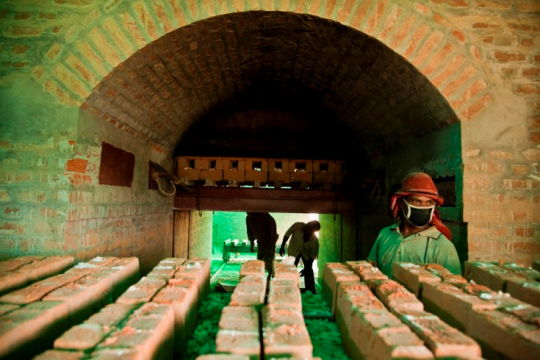 Millions in Bangladesh’s capital breathe bad air due to two major polluters: brickfields and motor vehicles. But fresh efforts to build clean-tech brick kilns and greener transport options are making a difference in Dhaka. With substantially less air pollution, the city could avoid 230 million disease cases and save up to 3,500 lives. Meanwhile, Argentina is determined to clean up one of the world’s most polluted rivers, so that local communities can enjoy cleaner water and healthier living conditions.