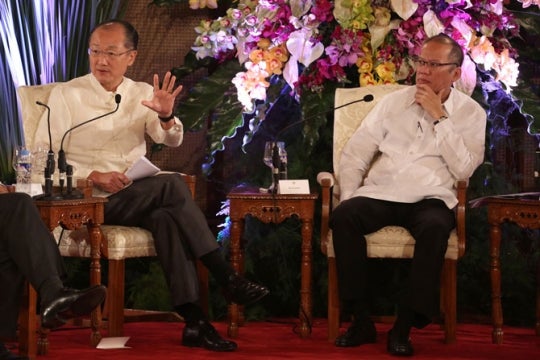 Good governance is critical for all countries around the world today. When it doesn’t exist, many governments fail to deliver public services effectively; health and education services are often substandard; corruption persists in rich and poor countries alike, choking opportunity and growth. It will be difficult to reduce extreme poverty — let alone end it — without addressing the importance of good governance.

But this is not a hopeless situation. In fact, a new wave of progress on governance suggests we may be on the threshold of a transformational era. Countries are tapping into some of the most powerful forces in the world today to improve services and transparency. These forces include the spread of information technology and its convergence with grassroots movements for transparency, accountability and citizen empowerment. In some places, this convergence is easing the path to better-performing and more accountable governments.

The Philippines is a good example of a country embracing good governance. During a recent visit, I spoke with President Benigno Aquino about his plans to reduce poverty, create jobs, and ensure that economic growth is inclusive. He talked in great detail about how improving governance is a fundamentally important part of their strategy. The government has opened government data and contract information so citizens can see how their tax money is spent. The Foreign Aid Transparency Hub, launched after Typhoon Yolanda, offers a real-time look at pledges made and money delivered for typhoon recovery. Geo-tagging tools monitor assistance for people affected by the typhoon.

This type of openness is spreading. Now many countries that once withheld information are opening their data and budgets to public scrutiny.

Late last year, my organization, the World Bank Group, established the Open Budgets Portal, a repository for budget data worldwide. So far, 13 countries have posted their entire public spending datasets online — including Togo, the first fragile state to do so.

In 2011, we helped Moldova become the first country in central Europe to launch an open data portal and put its expenditures online. Now the public and media can access more than 700 datasets, and are asking for more.

The original epicenter of the Arab Spring, Tunisia, recently passed a new constitution and is developing the first open budget data portal in the Middle East and North Africa. Tunisia has taken steps towards citizen engagement by developing a citizens’ budget and civil society-led platforms such as Marsoum41, to support freedom of information requests, including via mobile.

Countries also are tapping into technology to improve public and private services. Estonia is famous for building an information technology infrastructure that has permitted widespread use of electronic services — everything from filing taxes online to filling doctors’ drug prescriptions.

In La Paz, Bolivia, a citizen feedback system known as OnTrack allows residents of one of the city’s marginalized neighborhoods to send a text message on their mobile phones to provide feedback, make suggestions, or report a problem related to public services.

In Pakistan, government departments in Punjab are using smart phones to collect real-time data on the activities of government field staff — including photos and geo-tags — to help reduce absenteeism and lax performance.

These are just a few examples of the steps countries are taking to improve services and become more transparent. Awareness is growing that good governance is good economics. This perception is backed by research suggesting a strong relationship between effective government institutions and economic growth.

Good governance is vital to ending extreme poverty. With greater transparency and accountability, citizens can enjoy more effective health and education services, and a dynamic private sector can create good jobs to allow millions of people to lift themselves out of poverty.

Clearly, many challenges remain in fighting corruption and promoting good governance. I’d like to hear from people who have first-hand experience in both developed and developing countries with anti-corruption or governance programs. What has worked, and what hasn’t? Please share your thoughts on this issue in comments below. i would like to learn how the bank assist developing countries that want to reduce the wage bill and bring about equal distribution of income?