Trade in Fishing Services—Good or Bad? Separating Myth from Fact 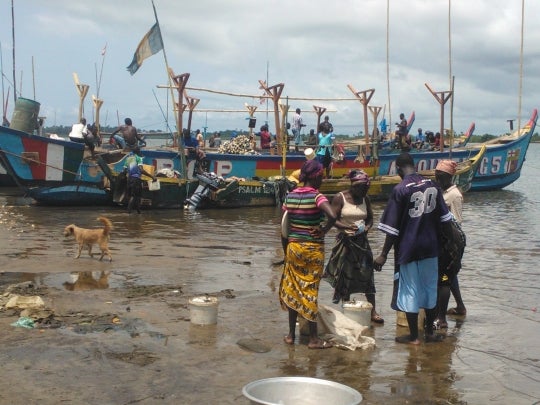 A colleague recently quizzed me on the extent to which our latest report—Trade in Fishing Services: Emerging Perspectives on Foreign Access Agreements—specifically addresses the World Bank’s goals of reducing poverty and sharing prosperity in developing countries. My brief answer was “comprehensively!”. Helping the poor and protecting the environment may not be the first things that pop into your mind when you think about foreign fishing access arrangements. However, when considered as international trade in fishing services, these arrangements do have the potential to deliver real benefits to the poorest people in developing countries. How? Well, let’s immediately dive deeper into the report…

Foreign access rarely receives good press. Although over half of the world’s exclusive economic zones are subject to some form of foreign fishing arrangement, there is a perception that industrialized nations are "giving with one hand while taking away with the other." Criticism abounds regarding the role that foreign fleets play in overexploiting coastal state fish stocks, in engaging in illegal and unreported activity, in contributing to conflicts with small-scale fisheries and in generally undermining domestic fishing interests in vulnerable developing economies.

In exploring some of this criticism, our study focused on the interaction between foreign access and domestic fishing. Drawing on economic and legal analyses and case studies, the report paints a far more complex picture than previously envisaged.  Under the right conditions foreign fishing offers immense possibilities for coastal developing countries to optimize the benefits from their fish stocks. However, these benefits can only emerge where coastal states, collectively or individually, have sufficient capacity to properly manage fish resources.

We know that fishing, fish processing and trade play vital roles for millions of people in coastal communities in developing countries. The report begins by restating the central importance of effective management and governance in realizing the full potential of fisheries for current and future generations. As renewable natural capital, well-managed fisheries have the remarkable capacity to contribute economic, environmental and welfare benefits in perpetuity to fishing communities and the population at large. Yet, coastal fishing communities in developing countries are frequently associated with hardship, poverty and deprivation. Why? …Among the often macro-economic reasons for poverty, many developing countries lack the necessary management and governance capacity to enable rational resource use. This has led to unsustainable and poverty-inducing overexploitation and resource decline. Even before foreign fishing enters the equation, strong local governance institutions are critical to generating substantial economic, social and conservation value.

The existence of foreign fishing can exacerbate the race-to-fish and overexploitation of resources symptomatic of many poorly managed coastal regions. Where access arrangements exist, there tends to be great complexity of interaction between small-scale fishers and foreign vessels. When coastal states consider the use of foreign fishing services, there is often little understanding by decision makers of the potential impact on national fishers, in particular on small-scale fishers. As a result, there may be a tendency to ignore the impact that foreign access may have on such fishers. Better transparency and governance are necessary to keep domestic fisher representatives aware of and involved in negotiations. The report makes recommendations for coastal states, encouraging involvement of domestic, especially small-scale, fishing interests in decision making on fisheries management and foreign access arrangements.

These recommendations strongly reaffirm FAO’s Voluntary Guidelines for Securing Sustainable Small-Scale Fisheries in the Context of Food Security and Poverty Eradication, adopted earlier this year to guide small-scale fishers to have a more “active, free, meaningful and informed” role in governance arrangements. The Guidelines are particularly candid about tenure rights which are seen as “central for the realization of human rights, food security, poverty eradication, sustainable livelihoods, social stability, housing security, economic growth and rural and social development.” However, allocating access rights is neither straightforward nor always sufficient to ensure such benefits emerge in the absence of enforcement. Many states have attempted to address conflict between foreign and domestic operators by reserving particular areas for certain types of fishing. It is common to find inshore waters reserved for small-scale activities with foreign vessels exclusively fishing offshore areas. Without enforcement, mutual violations will continue. In addition, reserving areas for small-scale fishers does not directly protect fisheries from over-exploitation by small-scale fishers. The report points to an interesting example in one Moroccan octopus fishery where the small-scale sector experienced rapid expansion and significantly overexploited the resource despite the separation in large and small-scale fishing operations. There remains, therefore, a need to develop an overarching management system that begins from the fish resource in question and includes all fishers, including small-scale fishers. Where fish stocks are shared across user groups, their management planning needs to integrate and consider all users.

A commonly held perception is that developing coastal states may find themselves compelled under international law to grant foreign access to surplus fish stocks. Our report shows that in no sense is this true. Conversely, we demonstrate that rational coastal states need only grant access if it is in their economic interest. Some states may even decide to reserve exclusive access rights to valuable resources for domestic fishers. The problem, however, so often rests with weak or corrupt governance and management powers in coastal states which facilitate coercion.

To conclude, while it may seem simple to point fingers at large foreign fishing fleets as the greatest offenders in resource overexploitation, the picture is far more complex than this. In particular, it is important to remember that, as sovereign resource owners, governments of coastal developing countries are ultimately accountable to their populations for the productive use of natural resources, enabling their contribution to economies, welfare and shared prosperity. Without doubt, foreign fishing arrangements as a form of free trade in fishing services could make important contributions to this objective.
Topics
Agriculture and Food
Environment
Governance
Poverty
Trade
Countries
Morocco
Regions
Africa
Europe and Central Asia
The World Region