What you need to know about energy and poverty 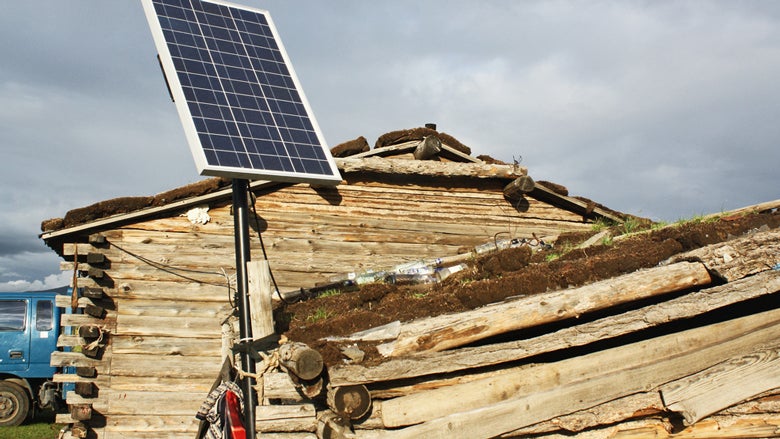 First, we need to address “energy poverty” if we want to end poverty.

We find that energy poverty means two things: Poor people are the least likely to have access to power. And they are more likely to remain poor if they stay unconnected.

Around one in seven, or 1.1 billion people, don’t have access to electricity, and almost 3 billion still cook with polluting fuels like kerosene, wood, charcoal, and dung.

In Africa, the electricity challenge remains daunting. In Liberia, for example, just 2% of the population has regular access to electricity.

Even countries with access often have highly unreliable service. One in three developing countries experiences at least 20 hours of power outages a month.

When power is available, it can be expensive: In many countries in Sub-Saharan Africa, consumers pay as much as 20-50 cents per kilowatt-hour against a global average close to 10 cents.

Inclusive economic growth is the single most effective means of reducing poverty and boosting prosperity. Yet most economic activity is impossible without adequate, reliable and competitively priced modern energy.

This is why access to energy is so important in the fight against poverty.

According to the latest data, more poor people are gaining access to electricity at a faster rate than ever before. But the share of renewable energy is not growing at the same speed. And we are lagging behind in improving energy efficiency.

The International Energy Association says that in high-income countries, energy efficiency is now the largest source of energy. Because energy saved is energy that can be used elsewhere.

This means we can cut the link between economic growth and energy demand just by improving energy efficiency.

China is the giant in reducing energy intensity, saving as much energy as it consumed between 1990 and 2010. But China’s economy is still about twice as energy intensive as Japan’s, leaving much room for improvement.

If we applied all the energy efficiency technologies that are already available today, we could cut energy consumption by about a third.

We now see countries shifting from fossil fuels to renewable forms of energy with massive new investment in well-known types of renewables, like hydropower, geothermal, solar, and wind.

Between 2010 and 2012, the uptake of modern renewable energies grew by 4% globally. East Asia led the world in this regard, representing 42% of new renewable energy generation.

Still, the developing world has barely scratched the surface. For example, across Africa and Asia only 10-20% of hydropower potential has been harnessed, and solar potential is only just beginning to be fully understood.

Third, the obstacles to energy access are not just finances. We also need to address political issues.

Many countries continue to subsidize fossil fuels as a way of reducing costs for consumers. But untargeted subsidies are very costly, undermine energy conservation efforts, and mostly benefit the wealthy who use more fuel than the poor.

In 2013, nearly $550 billion of public money was spent worldwide on these direct fossil fuel subsidies. This is money that could be shifted towards development priorities.

Another key challenge for many countries is that renewables are capital intensive and this capital can be difficult to raise in risky environments. Many countries have adopted policy incentives to overcome these barriers. Brazil and India are having success with renewable energy auctions.

Small-scale solar power can dramatically accelerate energy access. Low-cost solar home systems have helped countries like Bangladesh and Mongolia to bring energy to low-income households who would otherwise be living in the dark.

Bangladesh now has the largest national off-grid electrification program in the world. Starting in 2003, with connections for around 11,000 households, the program is now connecting over 850,000 households to safe solar power every year.

The big technological breakthroughs are coming now in the form of energy storage. New battery storage technology could see the world moving much more rapidly to at least 50% renewable energy – or even greater.

Fourth, the World Bank Group is taking the issue of sustainable energy for all very seriously.

We know that getting there will entail tripling historic capital flows to access and clean energy projects.

Last year, two-thirds of our lending went to countries in South Asia and Sub-Saharan Africa where the majority of people without energy access live.

Over 90% of our power generation lending goes to clean forms of energy: natural gas, hydropower, solar, wind, and geothermal. We do not lend for new coal power generation except in very rare circumstances.

We also play an important role in working with countries to ensure a strong enabling environment is in place that encourages greater investment – especially in renewable forms of energy.

We strongly believe that ending energy poverty is a goal that deserves our full attention.

That’s why we co-chair the Sustainable Energy for All initiative with the UN Secretary-General. Jointly we focus on three goals: ensuring universal access to modern energy services; doubling the share of renewable energy in the global energy mix; and doubling the rate of improvement in energy efficiency.

We are hopeful that among the new sustainable development goals that the global community will agree on this year energy poverty will be one of them.

This blog is based on this speech delivered in June 2015.

Dear Sri,
Thanks for contemporary information. However I see more focus is on electrification as part access to energy. Still half of the population depends on natural resources for household energy need for cooking using unconventional three stone fire not by choice but in absence of alternative. Use of three stove fire (so called dirty stove) not only have negative implications on our depleting natural resources (as a fuel either charcoal, wood or animal waste is used) but also has cost implication on poor household to purchase fuel or health implications. These traditional stoves not only consumes significantly high quantity of fuel but also emit greenhouse gases in atmosphere. As a matter of practice women who are primarily responsible for household cooking in unhygienic conditions in kitchen have to inhale smoke and often diagnosed with respiratory diseases. Poor household who still can’t afford clean energy source due to inaccessible clean energy technology or lack of finances have no choice but to continue with traditional stoves. Most of affected population habitat in rural areas where new technologies are still far to reach are often left unheard.

Ibu Sri,our country Indonesia is one among other developed countries who needs to fulllfill our homework soonest by applying renewable energy. It has never been taking seriously and we all know how bad the gaz subsidize fund goes.We do hope that some options could be applied soon by seriously funding and doing research.

Reducing energy poverty will have positive impact in fighting climate change. As mentioned in the article putting solar power generator with battery back can replace the dirty diesel generator in many rural areas, reducing both carbon emission and saving foreign exchange importing fossil fuel. After a century the rich nations have managed to export internal combustion engines to every corner of the world, shouldn't they do the same with energy efficiency technologies. But instead let's do it within a decade: replace light bulbs with LED lights, build solar power plant, replace coal, diesel and kerosine with electric/natural gas, build better transmission and gas pipeline, eliminate energy waste, and so much other initiatives. Yes we need to know and we have to do it. Thank you for a great article.

Our NGO works in four communities presently out of the 29 represented, and none have access to energy in Plateau State in Nigeria. When are the proferred solutions going to be applied to such communities? What steps can be taken to engage the bank in assisting such communities?

energy is power! in today's world view, energy availability is a must! the necessity for staying connected in digital era required accesses to electricity or energy.

The attributes of enameled aluminum magnet wire vary from those of copper magnet wire in light of the ordinary complexities in the transmitter materials. These refinements are reflected in certain test method or possibly execution basics for aluminum enameled magnet wire. Transformer tester