Year in Review: Our most popular stories of 2015

Here at the World Bank, we publish a lot of stories, press releases, blogs, videos, and more each year. We also pay close attention to which ones get read the most. Here are your favorite stories published in 2015, measured by the number of unique visitors (except where noted).

Three of the top 5 stories this year concerned climate, in the lead-up to the December meeting in Paris where the world’s nations reached a new accord to fight climate change.

Our No. 1 video this year featured celebrated Swedish statistician Hans Rosling in an installment of our #PabsyLive video series. Air pollution was the topic of two other top 5 videos: one from Lagos, Nigeria, which is still choking under dirty air, and the other from Thailand and Chile, which are leading the way in pollution abatement. (Videos are ranked by total number of minutes each was watched.)

From falling oil prices to falling poverty rates, when the World Bank makes forecasts about the global economy or the health of a particular country, it’s news. This year’s top 5 included what World Bank Group President Jim Yong Kim called “the best story in the world today”: The number of people living in extreme poverty is expected to fall below 10% for the first time in history.

Data and research were topics of high interest to readers of the World Bank’s blogs, with two blogs featuring data charts and two rounding up research papers. A blog about the aftermath of the Nepal earthquake by the World Bank’s country director there completed the list.

The twice-yearly Global Economic Prospects report was the source of two of the top 5 infographics, with two others coming from the World Bank’s Annual Report.

See many of our 2015 infographics (others are in different formats on other parts of the site). 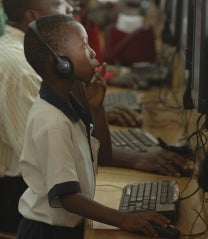 In September, we launched a new platform for World Bank stories on Medium.com. Called World of Opportunity, the channel features stories on selected topics to reach new readers and display photos more beautifully. (Medium stories are ranked by number of views.)

See all stories on Medium.com.

Published in newspapers and websites around the world before being republished on the World Bank’s website, op-eds reflect the views of the World Bank’s leaders, sometimes co-authored with leaders from outside the Bank. Four of the five most-read in 2015 centered on individual countries or regions and their prospects for economic development.