Half the world away? Fecal sludge and septage treatment in low and middle income countries

An engineering design manual is an unlikely device to set pulses racing and even less likely to grab headlines. Yet within the pages of such a newly-released manual, there are vital solutions for one of the most important sanitation challenges which most people have never heard of. 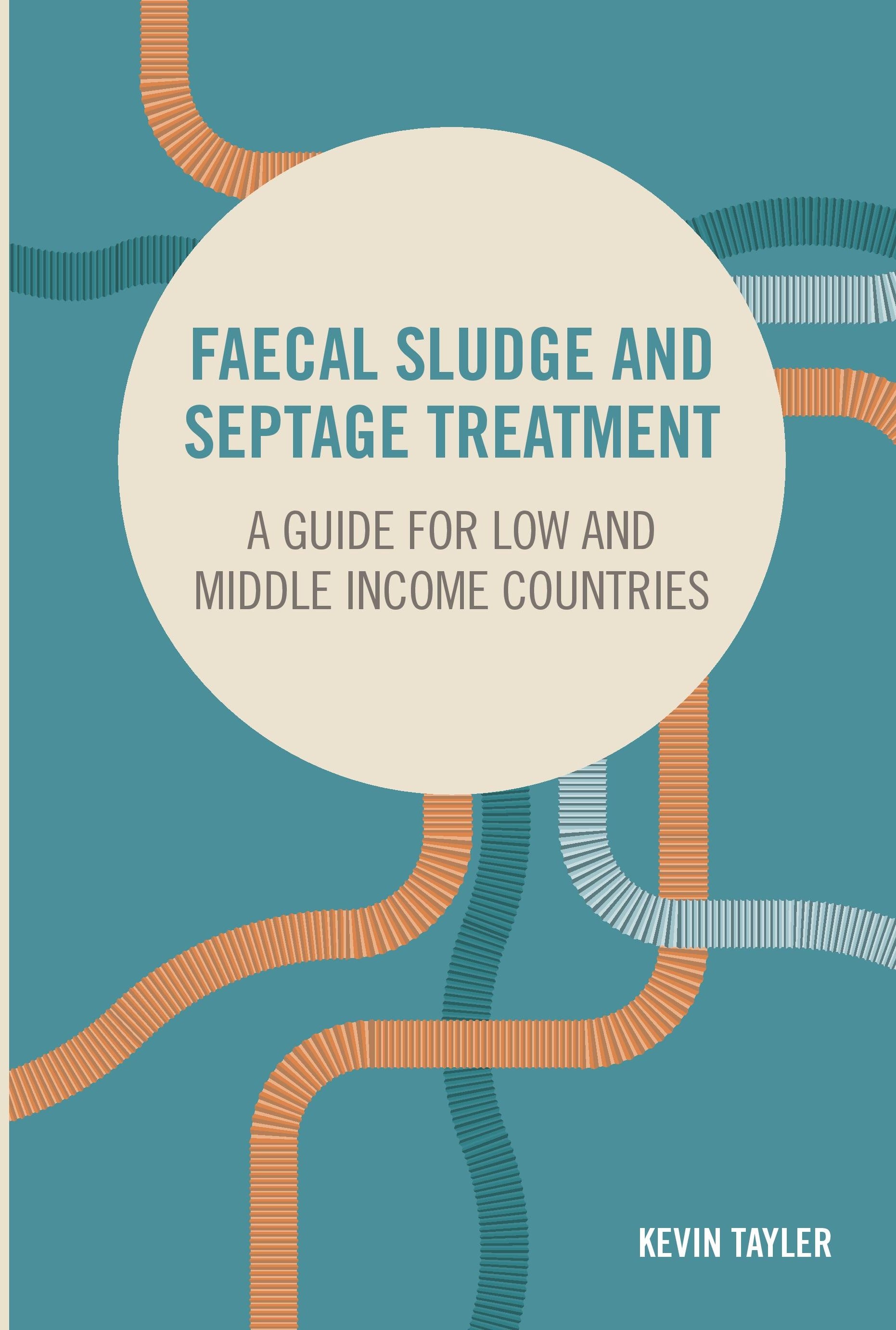 Alongside the Global Water Security & Sanitation Partnership (GWSP) and the Bill & Melinda Gates Foundation, the World Bank’s Citywide Inclusive Sanitation team has worked with globally-renowned expert Kevin Tayler to produce the newly-published book ‘Faecal Sludge and Septage Treatment - A guide for low and middle income countries.’ For those not familiar with the sanitation sector, this subject may not sound particularly exhilarating but, trust us on this, it’s a crucial issue and the book is a game changer. Here’s why.

Across the world today, 4.5 billion people lack access to safely managed sanitation along the full-service chain.  This means a majority of the global population go without safe containment, emptying/collection, conveyance, treatment and end use/disposal for their fecal waste. Put simply, over half the human waste generated on earth is not being safely managed before being released into the environment.  That is seriously scary stuff! Especially since lack of safely managed sanitation services not only impacts the environment but also poses significant risks to human health.

This issue isn’t going away anytime soon either, as the world is urbanizing rapidly and most of this growth is occurring in precisely the low- and middle-income countries this book targets.  When they have toilets at all, these urban residents rely on on-site systems, such as pit latrines and septic tanks. In dense urban areas, the only option for households living with these technologies is to have them emptied when they become full. Once emptied, the fecal waste (also known as fecal sludge or septage) needs to be treated or otherwise dealt with in a way that allows for its subsequent safe reuse or disposal. But this is a major problem because many cities lack treatment sites, or existing treatment facilities are dysfunctional.

Part of the issue stems from the need for tailored treatment in those cases where a majority of the waste is coming from septic tanks and pit latrines – as this waste is much stronger than conventional wastewater (that flows through sewer systems). Another problem is that engineers are accustomed to designing wastewater treatment plants and not those for treating fecal waste. Issues with both technical designs, that are all too often inappropriate, and operation and maintenance, that are all too often inadequate, mean that even the limited number of fecal sludge and septage treatment facilities in existence do not function properly.

That’s where this book comes in. Currently, there are many books on wastewater treatment, often including chapters on septage treatment. But these books focus heavily on fecal sludge and septage treatment technologies that are expensive to build, complex to maintain, and often require significant energy inputs for operation. These approaches may work in high-income countries but are not suitable for countries at other stages of development. And, up until now, there were no comprehensive guides to the engineering design and operation and maintenance for fecal sludge and septage treatment facilities that are appropriate for low- and middle-income countries. So ‘Faecal Sludge and Septage Treatment - A guide for low and middle-income countries’ fills a critical gap in this regard. This book will help engineers across the globe design, operate and maintain appropriates systems for treating the fecal sludge and septage generated by our ever-urbanizing world.

The book provides an evidence base which underpins the urgency of treating increasing volumes of fecal sludge and septage in the rapidly expanding towns and cities of developing countries. It looks at the urban contexts that influence treatment requirements and at the overall treatment processes. It examines the options and design approaches at each stage of treatment. And it provides straightforward guidance on the options for fecal sludge and septage treatment and the choices between those options. All concepts and approaches are clearly explained, meaning the book is accessible to a non-specialist readership.

Whether you are a specialist or not, the book paints a picture that is hard to ignore. The issue of fecal sludge and septage treatment may not spark public excitement nor drive media coverage. But getting it right will help stop public health and environmental crises before they even start, reverse those that have already begun, and allow large swathes of the planet to live with the dignity and convenience that so many of us take for granted. Sometimes, the smartest solutions to the biggest challenges can be found in the most unlikely of places.

The book will be launched at Stockholm World Water Week on Wednesday August 29th, 13:00-13:45 at the World Bank Booth (Booth No.3). Please come join this exciting launch and learn about our other activities on sanitation during World Water Week. 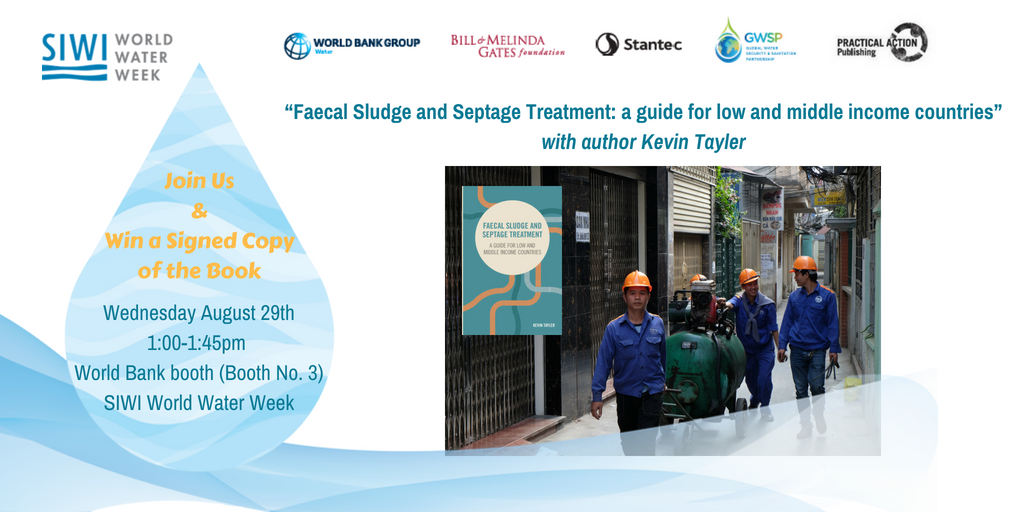 This is commendable. I believe it would open ground for innovative design that would ameliorate the nuisance due to untreated septage in low income countries like Nigeria.