To achieve #Housing4All, don't throw the baby out with the bathwater

This page in: Arabic | Français | 中文 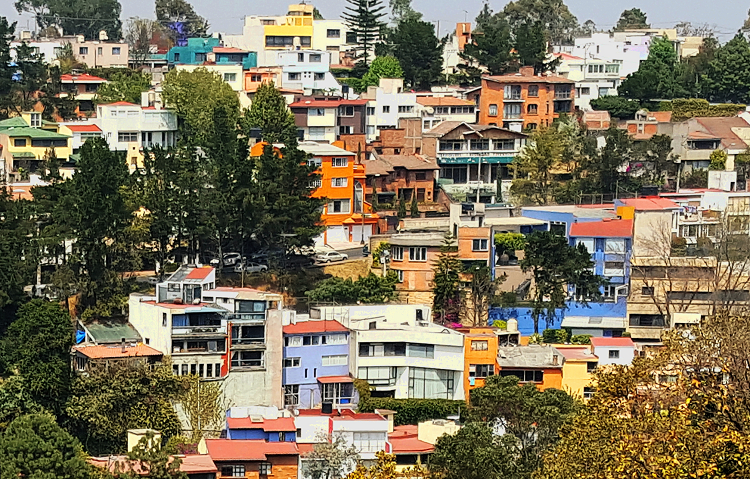 In a world divided over how to deal with such serious problems as terrorism, immigration, free trade, and climate change, governments agree on the urgency of solving what is arguably the biggest problem of all: supplying safe, well-located, and affordable housing for the billions of people who need it.

There is even agreement on the basic steps to that goal:  improving land management and adopting more tenure-neutral policies.

There is also consensus on the fact that government alone cannot afford to pay the bill.  According to McKinsey & Co., the annual price tag for filling the “global housing gap” ($1.6 trillion) is twice the cost of the global investments needed in public infrastructure to keep pace with GDP growth.

As we approach the 70th anniversary in 2018 of the declaration of housing as a “universal human right,” it’s time for governments to turn to an obvious solution for closing the housing gap that they continue to ignore only at their peril: long-term market finance. Without a substantial increase in private capital, the housing gap will continue to increase , and so will the odds of social discontent.

More blog posts
Even in the world’s poorest countries, homeowners are already investing in housing 30 times more than their governments. Housing comprises 50% – 90% of their wealth. It’s also becoming a prime source of income. In Mexico, for example, individuals own 70% of all rental units.

Another untapped source of investment is private capital. For example, after the 2008 financial crisis, the Blackstone Group, one of the world’s largest private equity firms, purchased nearly 50,000 private houses in foreclosure. The New York-based firm became the largest private homeowner in the U.S., providing rental opportunities for thousands of households.

Currently, however, the risks of investing in housing in developing countries at the scale and prices needed to serve those that most need it are prohibitively high. Moreover, some of the policies recommended for emerging markets (e.g. forbidding evictions, compulsory purchases by the state of undeveloped private land) are likely to worsen the problem they intend to solve.

Therefore, we suggest three more productive alternatives to begin to change the direction of housing policies:

a) Reducing excessive risks to increase supply. Inadequate resources for housing in emerging markets usually reflect excessive risks for investors due to a lack of property rights, lack of access to developable land, excessive inflation, etc. The solution is to adopt policies that reduce risks and add modest incentives for investment, such as density or mixed-income bonuses, to encourage the production of affordable housing, i.e. to flow "down market."

b) Establishing smart regulations to contain excesses such as predatory lending, unnecessary foreclosure and speculation. Foreclosure and eviction should balance the interests of both the borrower and lender. Property and speculation taxes can curb market abuses while raising revenues for affordable housing.

c) Rebalancing housing policies. While owning may be good for many people, it does not necessarily suit everyone. Yet, in many African, Asian and Latin American countries, most of the budget for housing subsidies currently promotes homeownership. The good news is that several countries including Chile, Mexico, and Uruguay have started experimenting with—and are ready to scale up their—policies for promoting renting. Another alternative is to offer incentives for safe expansions and retrofitting of existing housing in urban settlements with public services. Such efforts are likely to help close the housing gap by promoting more efficient land use and boosting rental markets.

We can and must create a win-win for the poor as well as for property owners. Subsidizing retrofitting and other policies that encourage both rentals and new housing units will create a new, massive—and less risky—market for banks and private investment, while ensuring the right to affordable, safe housing for billions of needy people. But we need to recognize and adjust to the fact that housing is not one but all of these: an economic good, a home, a human right, a provider of social order, and one of the competing uses of urban land.

A decade after the financial crisis, it’s time to end the blame game and welcome private investors into a better regulated housing market. Yes, there was much financial flimflammery at the root of the 2008 crisis. But private investment is not intrinsically evil. Let’s not throw the baby out with the bathwater. I think housing for all is a perfect idea to improve the standard of living in world at large today.

Housing deficit in developing countries especially Nigeria is a big challenge to the economic development. The housing policy that is target toward home ownership for people after retirement need to be replaced by appropriate policy that encourage home ownership as soon as a citizen is engaged in to Civil Services.

Sadly, throwing the baby out with the bathwater is a fairly standard policy response when it comes to regeneration and housing, as every new wave of politicians want to impose their own stamp. Governance structures need to put communities at their centre, somehow and this might help to underpin a more sustainable startegy.