How crowdsourcing can improve food safety

Unsafe foods cost developing economies over $110 billion in lost productivity and medical expenses each year , according to the World Bank's own figures. And yet in many cases surveillance is limited, and there are few effective ways for a consumer to report a case of food poisoning.

This is where we believe new technology solutions can make a significant contribution. In the large towns and cities of the pantropics the mobile phone now reigns supreme: it is possible to input citizen data accurately in order to detect food poisoning and identify issues in real time.  This is what motivated us to found Iwaspoisoned.com and B2B service Dinesafe.org. We think the journey we embarked on - and the hurdles we faced - could provide interesting lessons to entrepreneurs and policy-makers who are eager to harness the power of data to fix age-old problems.

Iwaspoisoned.com detects outbreaks using a rigorous vetting process overseen by a staff of experts.  It was our platform which flagged up Chipotle Mexican Grill sickening their customers in the United States several times in recent years. The company lost over 10 billion dollars in market cap as a result of their food safety missteps and the founder was forced to step down as CEO. 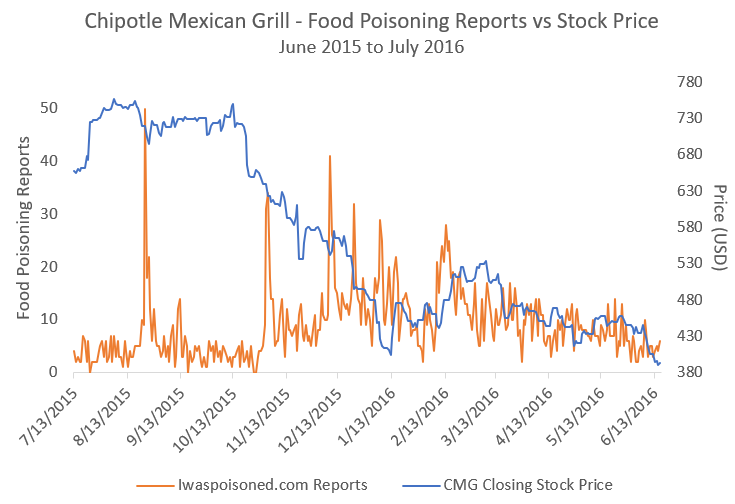 In other recent cases we detected an outbreak of E. coli infections related to well water at a popular US tourist destination in Gatlinburg, Tennessee, with over 500 people impacted across multiple states; identified over 70 cases of norovirus linked to a restaurant in Danbury, Connecticut; and flagged 100 people who got sick from contaminated shellfish in the San Francisco Bay Area. In all, the site has been receiving reports and detecting outbreaks from all around the world since 2009. 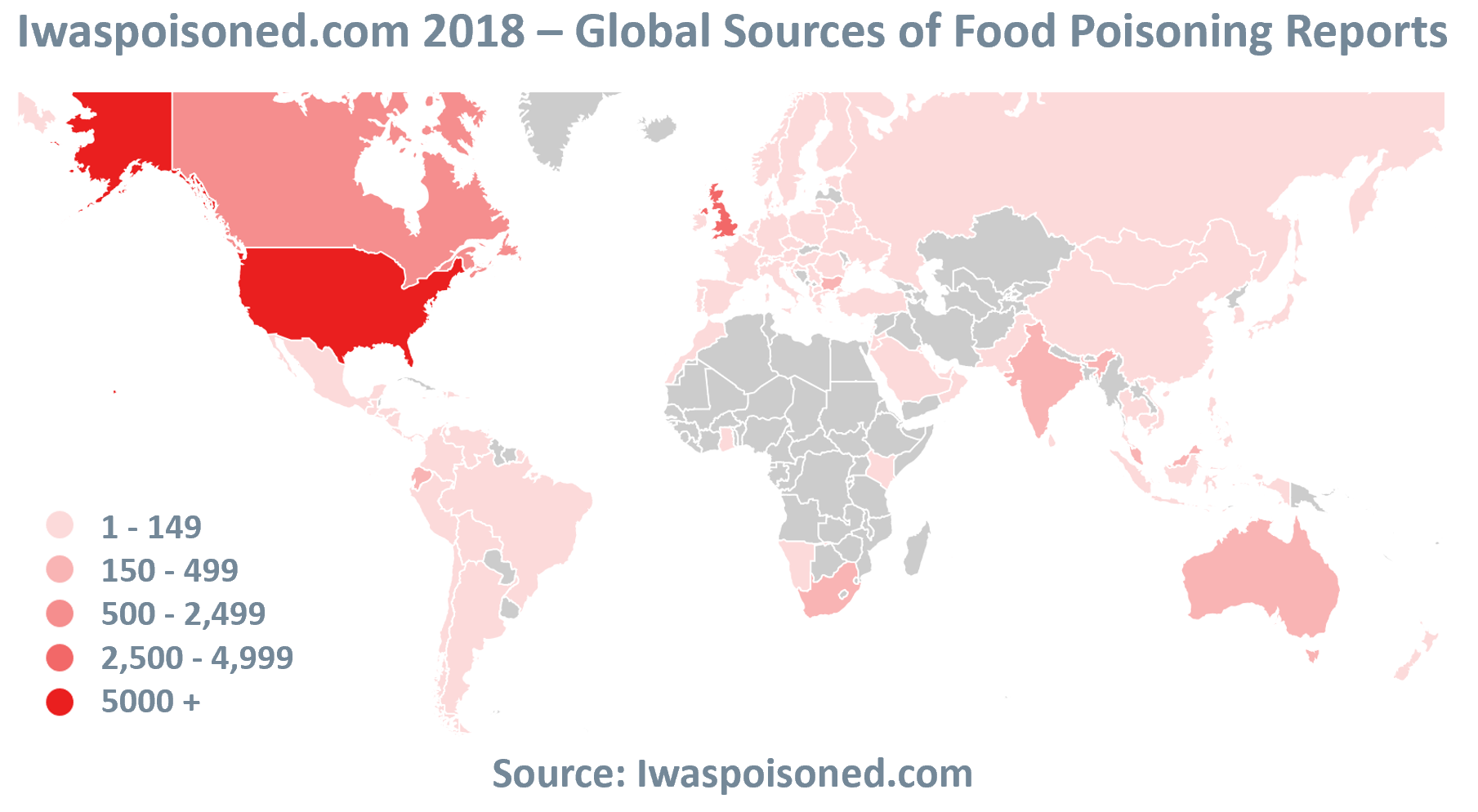 The food safety oversight system has shortcomings regardless of where you are located. The UN’s World Health Organization estimates 1 in 10 people worldwide suffer from it each year. Of that 420,000 die as a result – about a third of whom are children under 5 years of age.

Even in developed nations, it is still a baffling public health challenge to try to eliminate foodborne illness. In the most recent U.S. federal government budget proposal the Food and Drug Administration would get about $1.5 billion for food safety programs. Yet the U.S. Centers for Disease Control and Prevention estimates that each year 48 million people get sick and 3,000 die from foodborne diseases each year in the United States.

Emerging economies do not have the resources of the U.S. food safety system, but what they do have is the internet. It is possible for the public to participate in health surveillance and save lives today : A widely-cited 2015 article in the American Journal of Public Health about recent influenza seasons concluded that crowdsourced symptom reporting has the potential to serve as a viable complement to traditional surveillance systems, offering advantages in the areas of speed, sensitivity, and scalability.

The information we collect at Iwaspoisoned.com increases consumer awareness about nearby food poisoning reports and provides valuable information to public health agencies in detecting outbreaks.  Also our B2B platform Dinesafe.org offers significant value to paid subscribers, including real-time product and service feedback, benchmarking, and facilitating customer support and customer recovery. Our company ensures that all reports go through a detailed two-step moderation process, involving both a human review, and proprietary technical analysis that examines multiple attributes of the content to eliminate inauthentic and malicious submissions. Maintaining high-quality data is key to the success of the service.

We saw from very early on the positive outcomes for industry, in both early warning of hazards and connecting these businesses with customers, and this value proposition was proven out, with industry participants subscribing to our paid services. Recognizing we were able to monetize via services for industry we made a commitment very early on that we would always offer a level of services to public health agencies and consumers for free. This made intuitive sense to us. The notion that the government, and ultimately consumers/taxpayers should pay for the surveillance of the very companies that are sickening them is simply the wrong answer.

The biggest surprise we had was in some of the initial reactions from industry. The vast majority were very positive toward the service, but we occasionally did encounter resistance, e.g. ‘the government should pay for this’. Another point of resistance was that while a tech-forward head of food safety, corporate social responsibility, guest services, or social media was excited to enroll in the monitoring service, in some cases the legal counsel of that same firm rejected the service on the grounds that additional information creates a litigation risk for the company.

This is old thinking. It is akin to industry objections against environmental monitoring in the 1970’s. Fast forward to 2019 and most large corporations in developed countries now have a sustainability officer and strive to show leadership on the environment. It is clear that the same will happen with food: we want to know where food comes from and whether it is healthy and safe for us.

When people speak up about their experience with food poisoning, they are making a powerful contribution to the greater good and helping their fellow citizens, public health, and industry.  When industry subscribes to this information they are building a better more sustainable business with safer outcomes for their customers and better financial outcomes for their shareholders. Governments and governmental agencies that embrace the technology will start to chip away at the $110 billion annual financial drain, improving their citizens’ wellbeing, and their economies.

We hope to crowd-in some of the world’s best minds to participate in a global conversation on food and technology through the “What’s cooking? Rethinking farm and food policy in the digital age” blog series. We invite people with diverse backgrounds and perspectives to join us and share their comments. Director of Government Relations and Business Development for IWasPoisoned.com/DineSafe.org Founder and CEO of Dinesafe.org & Iwaspoisoned.com