Build it and growth will come 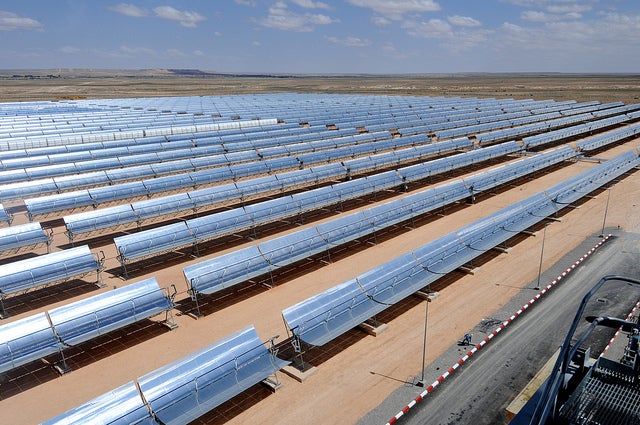 By encouraging private investment in infrastructure, we can spur growth in the developing world

Later this month the United Nations is expected to finalize its Sustainable Development Goals, a global action plan designed to end poverty and support long-term growth. One of the goals states, “Build resilient infrastructure, promote inclusive and sustainable industrialization and foster innovation.”

In many parts of the developing world, from Asia to Latin America, a massive infrastructure shortfall may be the single most significant obstacle to human and economic development. Addressing it will underpin progress on many of the SDGs.

Nearly 2.5 billion people around the world are still without adequate sanitation, and 768 million lack access to clean drinking water. More than a billion don’t have power in their homes. If we couple those issues with other common problems – like bad roads, crumbling bridges, poorly managed airports and inefficient ports – we have a recipe for near-zero growth.

Only with significant investments in infrastructure across the developing world can we help spark meaningful growth and end the scourge of poverty.

To approach that goal, the world’s developing countries need to channel at least another $1 trillion a year into infrastructure development. But with many governments around the world facing fiscal constraints, where will that money come from?

The answer lies in the private sector, whose expertise and financial clout can help make vital infrastructure projects a reality.

Private sector has a key role

At IFC, a member of the World Bank Group, we help private companies invest in developing nations, as part of our effort to fight poverty and boost shared prosperity. IFC’s infrastructure investments have created more than 2.5 million jobs, brought clean water to more than 23 million people, provided electricity to 100 million people, and connected more than 237 million people with phone services.

Governments around the world have started to embrace private investments in the infrastructure sector.

Jordan, for example, passed a new renewable energy law in 2012, easing the development of large-scale projects. As a result, with support from IFC, the country recently finalized funding for seven solar power plants with a combined capacity of 102 megawatts – the region’s largest-ever private sector-led solar project.

This progress in Jordan is part of a series of private-sector-led power projects in the Middle East and North Africa that could add more than 100 gigawatts to the electric grid by 2030.

The question is: how can we change that?

First, governments must create an environment in which the private sector can thrive, by limiting corruption and developing transparent regulatory frameworks. Given the long-term nature of infrastructure development and the massive amounts of money involved, investors need confidence in the markets they operate in.
Second, countries should support public-private partnerships (PPPs), in which firms and governments work together on major infrastructure projects. PPPs allow states to benefit from the expertise of the private sector while letting officials focus on policy and planning.

Finally, international financial institutions must continue to support infrastructure development. IFC, for example, invested $4 billion in infrastructure projects in fiscal year 2015. There is room, though, for development agencies to do even more.

Since the launch of the Millennium Development Goals (the precursor to the SDGs) 15 years ago, the world has made great progress in terms of providing basic services to its poorest citizens. But by 2030 the planet will likely need 40% more energy and face a 40 percent shortfall of water.

These are troubling figures. But we would be wise to remember that by tapping into the private sector, we can unlock the transformative power of infrastructure.