The right of everyone to be recognized 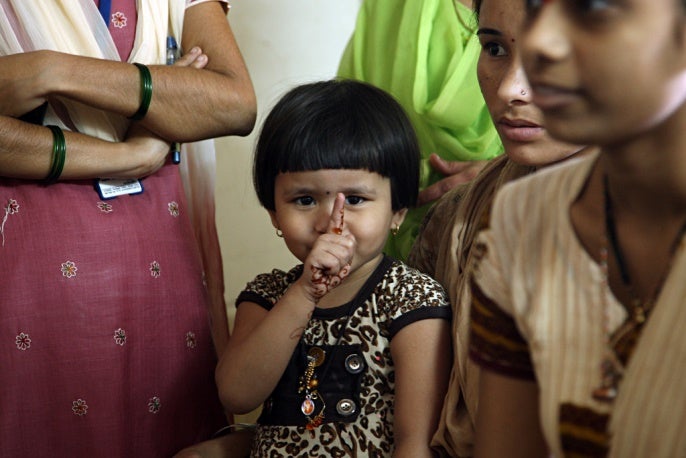 In 1996, when Jim Wolfensohn was the president of the World Bank Group, he declared that the "cancer of corruption" must be fought very much as we fight poverty, hunger, and disease. Despite emerging research that showed that weak public institutions and distorted economic policies incubate corrupt practices, many felt that corruption wasn't an economic but a political issue. It was better left to governments, not to development experts.

But Wolfensohn's argument was persuasive and beautifully simple: Because corruption diverts resources from the poor to the rich, because it increases the cost of running businesses, because it distorts public expenditures and deters foreign investors, we need to fight it. Finally, he described corruption as a major barrier to sound and equitable development. With this focus on transparency and accountability, the fight against corruption and the need for good governance became part of the Bank's development agenda. Almost 20 years later, it may be difficult to appreciate what an important moment this was.

Today, we know that it is possible to end extreme poverty and promote shared prosperity in our lifetime. But we also know that it will be challenging. It will require all countries to do their best in every area of development, whether in health, education, energy, or any other area covered by the 17 new Sustainable Development Goals. Among these goals, the next-generation scorecard of development is No. 16: the goal that asks us to promote "just, peaceful and inclusive societies" by building "effective, accountable and inclusive institutions at all levels."

People everywhere want fair public administration, safe neighborhoods and transparent access to justice. But strong governance is not just good for its own sake: it also is a key building block of development. You can't have one without the other.

From our work at the World Bank Group, we know there is a strong and positive correlation between the quality of institutions and a country's prosperity.

Chronic mismanagement and corruption, on the other hand, demoralize citizens and undermine their trust in the state. Corruption deepens poverty as the poor are more vulnerable to exploitation and bribery in return for services like health care and education. The effects of corruption are personal and devastating. People become trapped in poverty or stuck without realizing their potential. That's why building civic trust to encourage inclusive growth is so critical.

We have learned a lot since good governance became part of the development agenda, even if there isn't a silver bullet.

Open and transparent budgeting, for example, improves development outcomes. But to truly make an impact, citizens need to participate: their demands must be included, and policymakers must be accountable to them. This is as important as oversight of budget execution by formal accountability institutions. An open process leads to a more efficient and effective use of public resources while building trust between citizens and their governments.

In South Africa, for example, the effective use of budget data by civil-society groups led to an increased allocation for child-support grants.

Studies all point to the fact that participatory budgeting contributes to development gains: lower infant mortality in Brazil, wider coverage of basic services in India, better targeting of social-protection programs in Mexico.

Another critical area is public procurement. For governments to get most big priorities done -- whether it's building roads and dams or putting medicines in clinics and books in schools -- some kind of large financial transaction is usually needed. Given the amounts of money involved -- often 15 to 25% of a country's GDP -- procurement is prone to corruption. Procurement reform can save money and get services delivered more quickly, which, in turn, builds civic trust and lifts citizens' morale.

In Tunisia, the World Bank worked with the government to introduce a new e-procurement system that has increased the share of contracts delivered in less than 120 days from seven to 40%.

And sometimes it is simply about citizens being recognized. In Bangladesh, as in many countries, the lack of legal identity documentation makes it difficult to open bank accounts, register land or receive social-assistance payments. We have been working with the government to expand the number of people with IDs, from about 10% about 10 years ago to almost 85% today. People can now gain access to services without going through lengthy processes to prove their existence.

The Sustainable Development Goal No. 16 has been dubbed the "The People's Goal." It is good to see that something that is so vital to the fight against poverty will be enshrined in it: the right of everyone to be recognized, to be treated fairly, and to have a say in the future of their country.

To find out what you can do, visit The Global Goals and Action/2015.

life is about making differences! raising people awareness for our common good is not an easy things to do. creating numbers of quality of institutions will imply to country's prosperity.Good governance in all level is a mandatory!!!

World Bank hardly cares about whats it claims.Look to the complaint for non transparency and misappropriation of funds in nutun jivon livelihood project.All evidence are there of corruption but WB puts energy in covering the issue instead of solving.

The Nuton Jibon project is helping the extreme poor, especially the poor women improve livelihoods, quality of life and resilience to climate variability and natural disasters. Please check for more information on Nuton Jibon: http://www.worldbank.org/en/news/loans-credits/2015/05/04/bangladesh-nu…
Having said that, the World Bank takes every allegation of corruption very seriously. If you have any specific observations, please report to the ‘Fraud and Corruption hotline’ at http://web.worldbank.org/WBSITE/EXTERNAL/EXTABOUTUS/ORGANIZATION/ORGUNI… or call
1-202-458-7677.
Mehrin Mahbub, Communications Officer, World Bank Bangladesh Country Office